Good morning, good afternoon, good evening, UFC investors! UFC 269 goes down this Saturday, December 11th and you need to get those portfolios ready. Let us help! 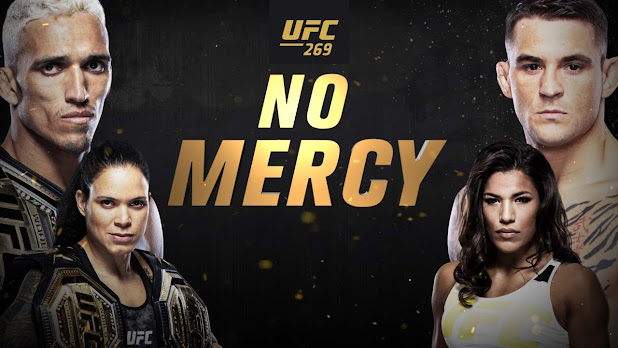 The incredibly stacked UFC 269 fight card includes two highly anticipated title fights, with a grand total of eighteen ranked fighters scattered throughout the prelims and main card. The main event features a lightweight title bout between Charles Oliveira and the surging challenger Dustin Poirier. These men have matured tenfold throughout their extended UFC tenures, Charles Oliveira having evolved from a pure BJJ specialist to a deadly knockout artist, while Poirier has mastered the ability of taking a shot to give one. The champion, Oliveira, currently sits at $5.01 in value, while his challenger sits just above at $5.03. This being such a competitive, anticipated title fight, you can expect the winner’s stock to skyrocket above and beyond the $5.50 mark. Poirier is a well-known figure in this game, a status largely earned by his two TKO victories over The Notorious Conor McGregor, while Oliveira is in a slightly different position. The champion has had labels put on him for years about his will, his competition, and he’s been partially delegitimized by a portion of the MMA community even with his status as world champion. A win over a respected opponent like Poirier should take his value to a new height, and for Poirier, who’s been so close to this opportunity for years, his title breakthrough would certainly do wonders for Poirier investors. 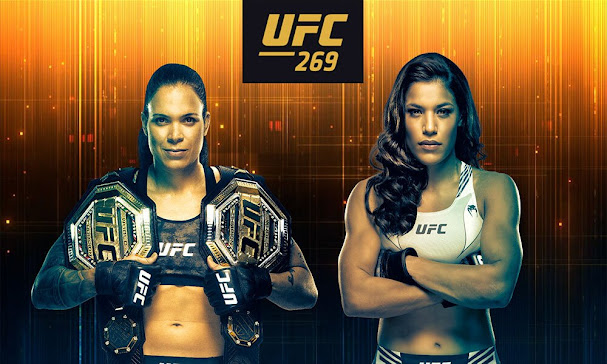 Also on this loaded fight card, a women’s bantamweight title bout between the most accomplished female athlete in this sport’s history, Amanda Nunes ($5.32/share), against a new, fierce challenger in Juliana Peña ($4.00/share). A title opportunity is a dream for every UFC fighter once they begin their competitive journey, but no bantamweight or featherweight has been so adamant to face Nunes in particular. Peña has been projecting a confident aura about a fight with Nunes for the better half of a year now, in which no former title challenger has matched. Nunes has been nearly perfect in the last half decade. Her last loss came in September of 2014 to women’s MMA pioneer Cat Zingano. Ever since, pure dominance. 12 wins, 8 by way of finish. The last round Amanda lost was her first against Germaine de Randamie at UFC 245, which she answered by dominating the next four. She brings incredibly ferocity, strength, and well-rounded ability to the cage, and seemed to run out of title opposition years ago. In steps Peña, beyond eager to prove the MMA masses wrong. The Ultimate Fighter Season 18 winner has won 5 of her 7 UFC fights. Her only two losses have been handed to her by Valentina Shevchenko, another incredible athlete who joins Nunes in the all-time great conversation, and master of Dutch Kickboxing Germaine de Randamie. With a comeback-submission win over Sara McMann, Peña proved herself to be the only correct title challenger for Nunes. The champion’s stock sits at $5.32 currently, which seems to be incredibly good value for a champion of her caliber. If she were to continue fighting the way she has been the last decade, one could only expect that number to climb and climb. Her opponent’s stock is currently at $4.00, and a win over this all-time great would certainly yield an incredible return to those who invest in her. 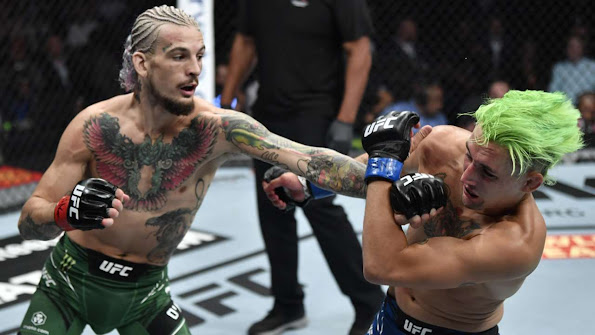 Any fight card featuring Sean O’Malley is set to attract tons of attention. The polarizing youngster is great for investors in more ways than one. Not only is his output incredible over the duration of his fights, he has finished all his last four wins inside the distance, and always carries a little bit of flash while doing so. “Sugar” Sean has genuine star power and an incredibly bright future. His proverbial stock has been rising ever since he entered the promotion, and surely his PredictionStrike stock will do the same. Sean’s stock opened at $1.00 and has climbed to $2.34 without a fight in between, marking 134% growth strictly based off demand. He might be getting ahead of his skis price wise, but if he becomes a top 5 bantamweight contender then this is just the beginning. He’s earned himself a date with a ranked opponent, Raulian Paiva, to open the pay-per-view Main Card. Paiva spent most of his career at flyweight, and recently accepted a fight with ranked bantamweight showstopper Kyler Phillips and won via decision. He took Phillips’ top-15 ranking with the win back in July, and this division is his new home for the future. This well-rounded athlete with a knack for rangy striking has a stock value of $1.01 currently. Both men are on the bright side of 30 years old, currently, and showing incredible potential in their divisions. They meet prematurely in their careers for this bout, but don’t be surprised if both of their stocks surge in the next year. 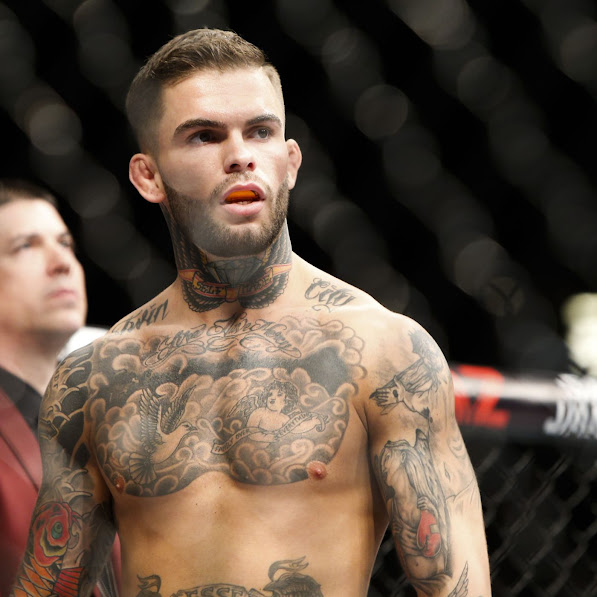 Also on the main card: Geoff Neal and all-time divisional great Santiago Ponzinibbio meet in the feature bout of the night. Both men have proven themselves to the MMA-community long ago, but are hoping to make a run to the Top 5 and thereby a title opportunity. While Neal sits at $2.50, Ponzinibbio holds a value of $2.03. Santiago was inches away from a title fight years ago, but was sidelined by injuries. Plus, in a bout that has a dead-even betting line, investors may be able to take advantage of the 50-cent discrepancy in value here. Former Bantamweight champion moves down in weight to face divisional boulder Kai Kara-France, also on the main card. Both men are quite established, with stocks above $3.00, but the former champion is currently valued lower than his adversary, which is certainly interesting. Nearly ten more incredible matchups flood the prelims of this card, as well.

With a lineup of more than fifteen fights, of course there will be some enticing investment opportunities here. Middleweight Bruno Silva really sticks out to me here. The Brazilian powerhouse has a phenomenal 21-6-0 pro record, with two knockouts in two UFC bouts. “Blindado” is not one to waste time in the cage, he is constantly looking for finishes. He takes on Jordan Wright, who has a record of 12-1-0. What I love about Silva in this spot is that Wright has never once been to a decision, and he’s only left the first round twice. In one case, he won by second round finish in a smaller promotion, and, more recently, he was knocked out in the first 20 seconds of the second round by Joaquin Buckley, after narrowly escaping his Round 1 onslaught. I suspect Jordan may have a slight durability issue, and he lacks a great deal of MMA-experience. $0.93 is an incredible price for the Brazilian Silva who is on a lovely win streak.

We hope you’re looking forward to this incredible pay-per-view card to end the 2021 year.