Week 10 is approaching and we've got numerous questions surrounding the slate, and hoping that we get some answers. I'll do my best to get you in the right investments this week so let us get to it! 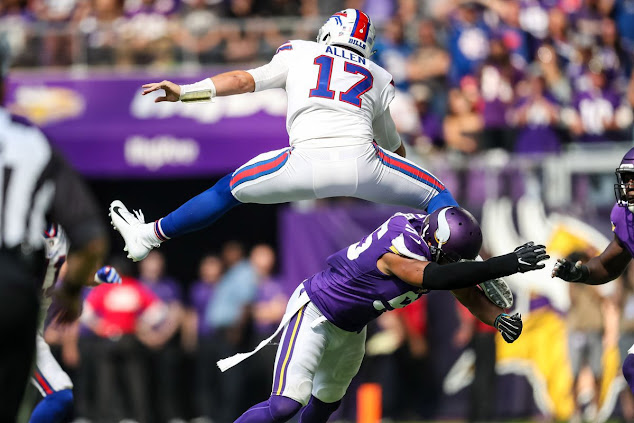 This is the game entering the week that is the murkiest. Josh Allen ($30.05) is coming off a game where he played fairly well but comes into this game without much knowledge of the injury status. To quote Sean Mcdermott, Allen is being managed "hour by hour." That puts this game in some risky territory if you're trying to make some short-term investments. If Allen isn't able to go in this one, and I suspect that will be the case, Case Keenum ($2.03) gets a solid revenge game against the team he took to the NFC Championship not too long ago…with Stefon Diggs ($8.76, -8%) who helped him pull off that Minnesota miracle.

While many think that the Vikings should be able to run on the Bills behind the lighting and thunder of Dalvin Cook ($5.28, -4%) and Alexander Mattison ($0.97), I have my doubts this week. I know the defense historically has struggled against the run, but with Matt Milano back in the fold this week I think the Bills can hold this team in check. It is quite amazing how different this team is defending the run with and without Milano. If the Vikings are going to beat the Bills I think they're going to make Kirk Cousins ($8.59, -3%) beat them through the air. If they're going to do that then Justin Jefferson ($11.80, 4%) is going to have to have a big day as well. I'll put my money on the defense stepping up and offering no short-term investments for this game and selling any shares before they depreciate! 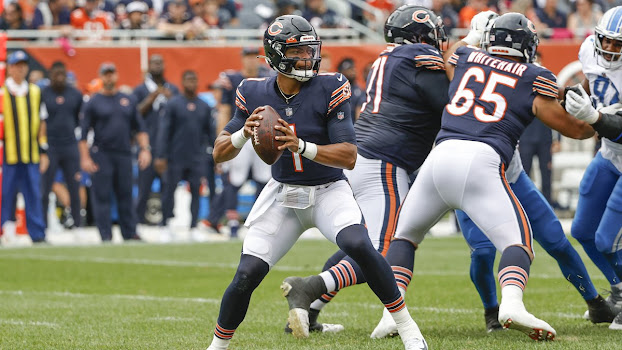 There's something funny about the Lions being constantly regarded as one of the worst defenses in the league and being in high-scoring games. After last week, I think many are ready to write off Jared Goff ($1.65, -8%) and this Lions offense reaching their shootout potential against this Chicago Bears team. Granted the Lions have only scored over 10 points one time in the last 4 weeks, but I think they're able to do so this week against the Bears.

With D'andre Swift ($5.27, -9%) entering this game fully healthy and playing a bad Bears defense I think he is an excellent investment. Additionally, Amon-Ra St. Brown ($11.40, -11%) is in an excellent spot to outproduce expectations as many are writing him off in recent weeks for not doing what he did down the stretch last season and earlier this season. The Lions are going to get into a shootout with Chicago and these two players, along with Goff, make the most sense for me in terms of short-term investments.

Regarding the Bears, outside of Justin Fields ($6.64, 38%) everything else about this team screams boom or bust. I'm not sure I would want to risk any investments in the Chicago Bears running back roulette wheel of David Montgomery ($0.66, -14%) and Khalil Herbert ($2.86, -17%). Darnell Mooney ($1.10, 16%) and Cole Kmet ($0.93, 60%) have been disappointments for the majority of this season as well. I think Fields could score 3-4 touchdowns in this game on the ground and via the air. The hard part is without any reliable pass catcher it is tough to find the main beneficiary of his opponent this week. I think the Bears eke out a win. 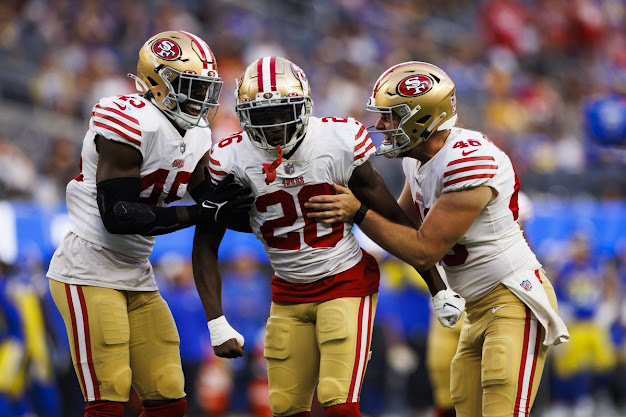 This game isn't as exciting today as it was in July. We've been robbed of Trey Lance ($4.05) early and Justin Herbert ($8.41, -10%) has been playing below expectations this season so far. I'm not sure there has been a team who has been a more significant disappointment than the Los Angeles Chargers this season.

I understand the Chargers have been without Keenan Allen ($2.15),  for essentially the entire season, but when you have a once-in-a-generation quarterback you need to figure out a way to get him rolling. Outside of Austin Ekeler ($8.54, 1%) these past couple of weeks, Herbert has been called upon to deliver an elite performance without elite talent around him after the Mike Williams ($4.61) injury. To make matters worse San Francisco is one of the better defenses in the league and playing on the road isn't going to make that problem any easier.

As for the San Francisco side of the ball, Jimmy Garoppolo ($1.68) has been essentially asked to not crash the Ferrari in San Francisco. With the addition of Christian Mccaffrey ($18.27) alongside Deebo Samuel ($3.51), George Kittle ($3.71), and Brandon Aiyuk ($5.63) San Francisco has one of the best teams in terms of firepower on the offensive side of the ball.

While Garoppolo hasn't crashed the Ferrari yet, in some aspects it almost feels like it is inevitable. Jimmy has been a player riddled with injury and decision-making concerns his entire career. At some point, it feels unavoidable that Jimmy Garoppolo will have another viral moment putting his team in hard sports only to be bailed out by his all-star defense. I do think the San Francisco prevails, but not by a healthy margin.