Incredibly, we've already seen 10 weeks of the season fly by thus far. While November brings us my favorite holiday Thanksgiving, it also is about the time we start to see the contenders thrive and the pretenders falter. 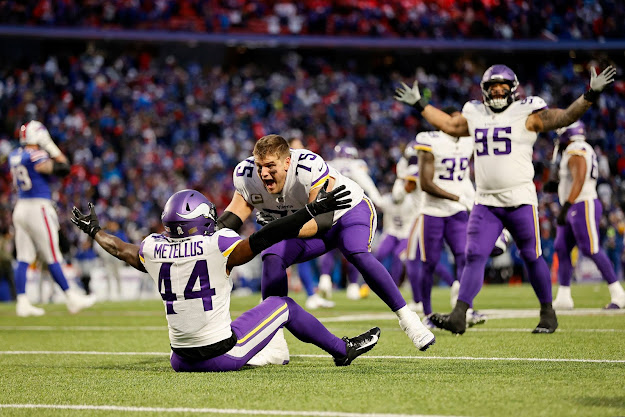 This could easily have been the game of the week headed in and it didn't disappoint…unless you're a Buffalo fan like myself. I wasn't positive if Josh Allen (-4%, $28.89) was going to play in this contest, but he was able to gut it out. Perhaps he should have sat this game out instead of trying to gut it out as he ended up being one of the deciding factors of the game.

Devin Singletary (+9%, $2.09) got the bulk of the carries again for Buffalo like he had all season. One should be asking themselves why they bothered trading for Nyheim Hines (-16%, $1.30) as he hasn't done much for the Bills since being acquired at the deadline but one would hope that his time is coming. While Singletary accounted for most of the scoring, the receiving core had another solid day for Buffalo despite Josh Allen's turnover-prone day.

Stefon Diggs (+5%, $9.22) has had a season resembling 2020 than 2021 for Buffalo as he dominated with 12 catches for over 100 yards while boom or bust Gabriel Davis (+19%, $3.86) almost put up 100 yards combined with a score. As the season goes on I think we will Dawson Knox (+6%, $1.16) increase in target share as well. Allen had the key turnover on the day when he fumbled a snap after an impressive defensive stand with under a minute left. I have to believe Buffalo should let Josh rest this next week after such a gut-wrenching loss.

As for the Vikings, I had written them off as frauds almost all season after the beating they were handed by Minnesota. While Kirk Cousins got the win Sunday it was more or less despite him. He was handed several opportunities to put the nail in the coffin and failed in almost every single attempt to do so. Late in the fourth quarter Cousins failed to score in the RedZone and was stuffed on 4th down and was all but handing the victory to Buffalo until the Allen fumble. Then in overtime, he had the opportunity to score a touchdown and not let Josh Allen get a chance to score. They settled for 3…if not for Justin Jefferson (+20%, $14.19) and Dalvin Cook (+11%, $5.89) this game isn't even close. In all, it was one of the more entertaining games we will likely see all year. 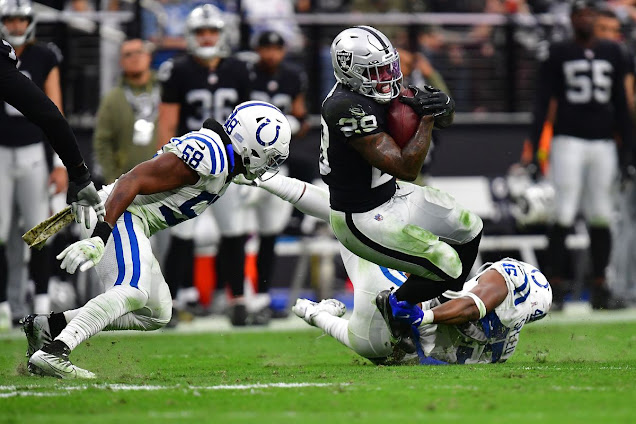 It's not often you're called upon to be a head coach of an NFL team. I have never been in that position, but when you're a former player like Jeff Saturday you might be afforded that luxury. I wasn't so sure this was going to work for Indianapolis, and it still might not work for them. However, in his first game as head coach of the Indianapolis Colts Jeff Saturday found a way to get it done. With Matt Ryan ($3.87) no less!

Perhaps the easiest way to win when you're a head coach is to simply utilize your best player. Jonathon Taylor (+17%, $7.64) toted the rock 22 times for almost 150 yards and a score. Perhaps the usage of Taylor was the single most frustrating thing many investors and fantasy players had with Reich. In a single game, Saturday showed more intelligence in his usage of Taylor than Reich had in an entire season. Combined with Matt Ryan being able to complete 75% of his passes for a score and over 200 yards and that's a recipe for success. While Taylor shareholders are likely excited, it should be noted that Vegas has one of the worst defensive lines in terms of pressure in the entire league. I highly doubt this success we saw from Indianapolis continues, but if it does good for Jeff Saturday.

On the flip side of this is the story of the Las Vegas Raiders. The new mantra appears to now be "Do anything but win baby!" Davante Adams (+8%, $12.58) again led the entire receiving core with 9 catches for over 100 yards and a score. I don't believe there is a wide receiver besides Cooper Kupp (-20%, $14.12), or Deandre Hopkins (+5%, $5.60), who could argue with being the best receiver in football besides Adams.

On top of the dominance from Adams Josh Jacobs was also able to take 21 carries for 78 yards and a score. He was also fairly active in the passing game with 6 catches for another 28 yards. Jacobs was almost able to get to the century mark in total yards but fell just shy of the mark. In all, Derek Carr (+3%, $2.91) and the Raiders don't feel like they're going to be together for much longer once the season ends. There was little guaranteed after the first year of the deal, and Carr doesn't look like he'll be doing much but golfing in the coming 2 months. 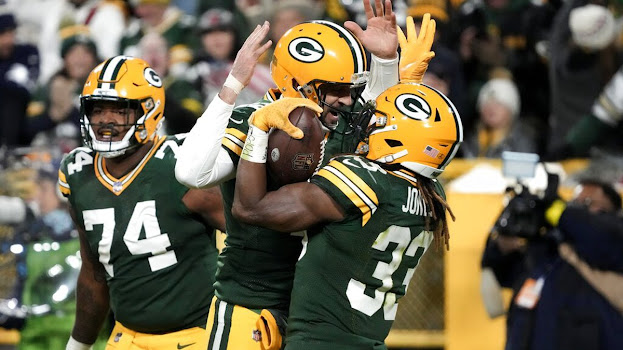 This game was another great game that the NFL had decided to give us this week. Dak Prescott (+2%, $7.83) might be one of the most overrated quarterbacks in the NFL as well. I have never been a huge fan of Dak, and think the Cowboys spent way too much money on his extension not too long ago. In fact, according to ESPN Prescott has only roughly a 1% higher 3rd down conversion rate than the infamous Tim Tebow (former 1st ballot hall of fame tight end for the Jacksonville Jaguars).

Perhaps the best news of the game was that Tony Pollard (+22%, $2.41) got the start again and took 22 carries for over 100 yards and a score. On top of that Ceedee Lamb (+28%, $3.77) has started to fulfill his destiny en route to 11 catches for 150 yards and 2 scores. Despite the bright spots for the Cowboys it just wasn't enough to get them over the finish line against the struggling Green Bay Packers.

Aaron Rodgers (+6%, $9.40) looked like 2021 Rodgers throwing for 3 scores without turning the ball over. On top of that Aaron Jones (+15%, $6.01) compiled 138 rushing yards and a score on the ground as well. In all the cowboys couldn't come up with a plan to shut down Green Bay which will ultimately keep them in the playoff mix in the NFC.