Day 2 of nonstop football is about to commence. If your presents have disappeared from under the tree hopefully the outcome was what you desired, and if not…bury your sorrows with some quality football this holiday.

The promotion is LIVE now and through MIDNIGHT ET, SUNDAY, AKA CHRISTMAS. Receive a free share for every $25 in deposits, up to $5k total. That is a maximum of 200 free shares. You'll have to update your app to make use of this!

And now, on to our expert's analysis. But don't forget to become a member of PS Black, and take full advantage of what PredictionStrike has to offer. 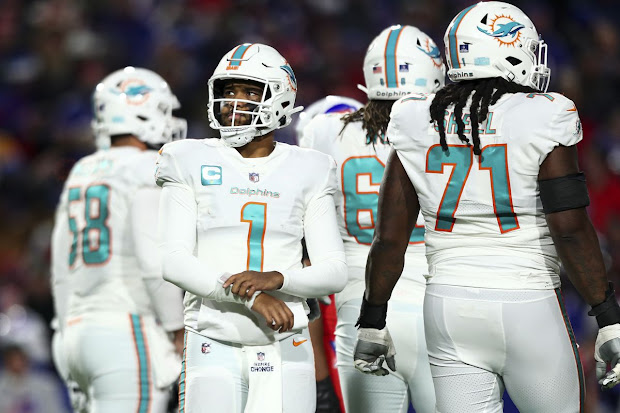 This game much like yesterday's Bills-Bears game isn't exactly must-watch television. But on a day when almost every store is closed, the NFL has us dead to rights and knows we will watch just about anything…and the slate of games tells us this.

In terms of the Packers, Aaron Rodgers ($7.81, -8%) is ready to roll and keep his playoff hopes alive against one of the worst defenses in the NFL. Christian Watson ($9.36, -7%) pegged early in the year as a rookie bust has proven almost every naysayer incorrect this season. The release of Sammy Watkins ($0.83) earlier this week, tells us the team views Watson as highly as I do and had no use for him.

As for the Dolphins. If they're going to keep their playoff hopes alive they need Tua Tagovailoa ($3.81, 3%) and this team to continue the momentum they were building last week against one of the better defenses in the NFL. While they've had a December slump, the Dolphins looked like they were coming to life last week against the Bills. I tend to believe the Bills are in a slump of their own and that the Dolphins will struggle in this one. Tyreek Hill ($15.30, 4%) and Jaylen Waddle ($6.62, 11%) have struggled as of late when it comes to beating press coverage. 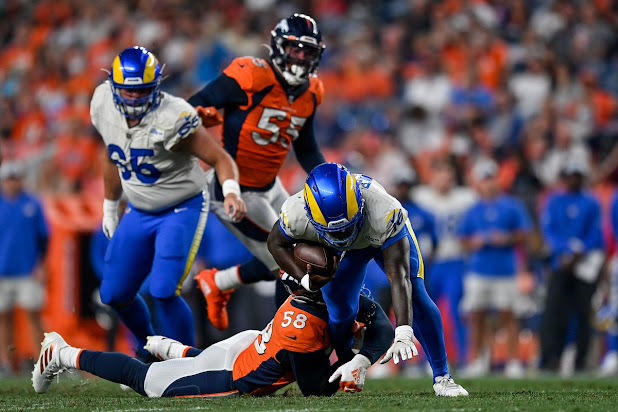 In a game that features nothing pride and football on Christmas, there isn't much to ride home about in this one. Russell Wilson ($6.93) has had the worst season of his professional career in Denver and is likely playing to prove to ownership he was worth the extension has was given over the summer. Courtland Sutton ($0.76) has been limited in practice this week and makes for an intriguing option against the Rams. If he is ruled out I have little to no hope of this offense being able to put up points on the board with Jalen Ramset shutting down Jerry Jeudy ($1.82, -1%).

The Broncos offer next to nothing on the ground since the disappearance of Javonte Williams ($3.72). This offense is going to be lucky to move the ball with the Rams' defense as well, and it is hard to float around the idea that this offense will be able to score.

As for the Rams, Baker Mayfield ($2.29, -10%) is the only real selling point these days of watching the Rams. Mayfield presents an intriguing storyline and if Sean Mcvay will be able to develop him into the quarterback the Browns thought they were getting when they drafted him years ago as the top signal caller. There's also the storyline of what will happen with Matthew Stafford ($3.34) as well in terms of his overall health, and how Mayfield's development will play into that.

In all, this Rams team expects will look completely different this time next year. My prediction as of today is that Mcvay retires this off-season, and the Rams are forced into mediocrity until they can start to draft in the first round. I remember a report earlier in the season indicating Mcvays' coaching future hinged on Cooper Kupp ($14.11), Stafford, and Aaron Donald. If Donald retired and Stafford struggles to stay healthy how can Mcvay not see the writing on the wall and take a break from coaching? 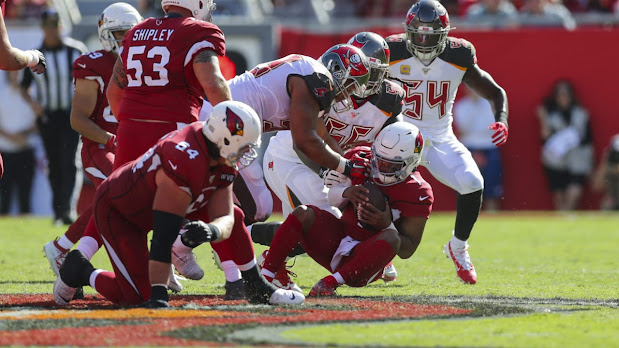 The final game of the holiday weekend, and we have given the game meets the definition of mediocrity. Tom Brady ($10.18) is likely entering his final weeks as a Buccaneer at the very least and has been struggling to stay upright with his makeshift offensive line.

This game should be, and I feel like I write this every single week, a get-right game for this team after coming off of a second-half embarrassment last week. With Mike Evans ($6.73) and Chris Godwin ($10.91, 11%) set to take on the defense that views playing as optional, I think the passing game can flourish in the desert. Another thing to monitor is the ground game split between Leonard Fournette ($10.33) and Rachaad White ($2.80, -13%) who appears to be gaining steam as an excellent investment option.

As for the Cardinals, with the loss of Kyler Murray ($3.71) it is hard to see a path to victory for the birds. Colt Mccoy ($0.69, -21%) doesn't inspire much confidence as a winning option for Arizona. Then again, Deandre Hopkins was a pivotal factor in many wins for the Houston Texans during their years before Deshaun Watson ($11.27, -6%). If the Cardinals pull off the Christmas evening upset, then it will likely be via the ground game and James Conner ($3.40, 5%) if I had to guess. I don't believe the Cardinals move on from Kliff after this loss, but he is as sure as gone at the end of the season as my wife is to return her Christmas presents.