It’s the most wonderful time of the year, as we head into week 16! We get several days of football starting today and through the rest of the weekend! Several playoff spots are on the line again with the races getting tighter over the final 3 weeks.

The promotion is LIVE now and through MIDNIGHT ET, SUNDAY, AKA CHRISTMAS. Receive a free share for every $25 in deposits, up to $5k total. That is a maximum of 200 free shares. You'll have to update your app to make use of this!

And now, on to our expert's analysis. But don't forget to become a member of PS Black, and take full advantage of what PredictionStrike has to offer. 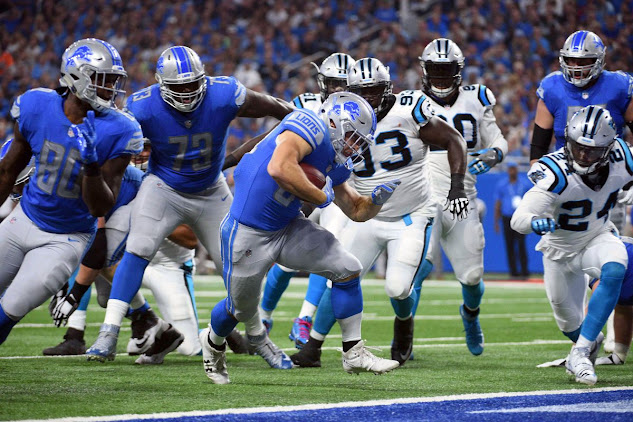 The Lions and Jared Goff ($1.76, -1%) might not be the sexiest team in the league, but they are very much alive in the playoff race. Coming into the season  I was writing this team off over the summer but also thought perhaps the key to success would come from D'andre Swift ($6.10, 2%). Lo and behold as we enter the final weeks of the season Swift has been a complete bust.

The Lions have found success through the air and ground but mainly through Jamaal Williams ($4.66, -16%). While Swift led the team in yards last week he has simply been unreliable in terms of investing this season and my fear is that trend continues in this one. While Jameson Williams ($2.80, -2%) hasn't exactly panned out yet, Amon-Ra St. Brown ($15.98, -3%) has continued his brilliance in recent weeks.

However, this offense will find tough sledding against the Carolina Panthers and their defense. However, the Sam Darnold ($2.58, 2%) attack is less than ideal in terms of investments even against the Lion defense. Similar to last week the lone bright spot might be coming from Terrance Marshall ($2.17, 3%). DJ Moore ($0.68, 19%) has also seen a resurgence as of late and continued that last week. The Panthers lost last week but continue to control their playoff destiny due to other losses from within the division. 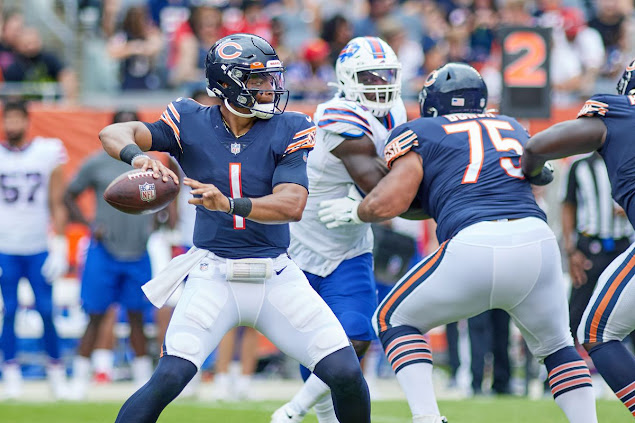 This game doesn't particularly contain check all the boxes of a must-watch game based on the win-loss records of both teams. However, the Bills must win this game to control their #1 seed and home advantage throughout the playoffs.

The matchup is particularly interesting due to the Bears and the running game they present. Justin Fields ($8.87, 6%) hasn't impressed me as a passer just yet but his athleticism is now impossible to ignore after all the highlight reel runs. The Bears remain a viable spoiler and if you know me, I love myself a home underdog. This game checks the boxes of an up-and-coming team getting a marquee win to end the year with. Combined with the return of Khalil Herbert ($2.63, 1%) and David Montgomery ($0.83, 15%) this Bears team has the talent on the ground to exploit the overrated Buffalo rushing defense.

The Bills might give up yardage on the ground to the Bears, but we also shouldn't sleep on the offense to exploit the beatable Bears' defense. Josh Allen ($28.25, 15%) is still a human highlight reel and could pose problems for the Chicago defense. Stefon Diggs ($6.57, -11%) is always a great investment choice, but I'm fairly bullish on a Gabriel Davis ($2.73, -4%) highlight reel game. The only questions I have currently reside on when not if, the Bills give James Cook ($2.72, 10%) the nod as the primary ball carrier. 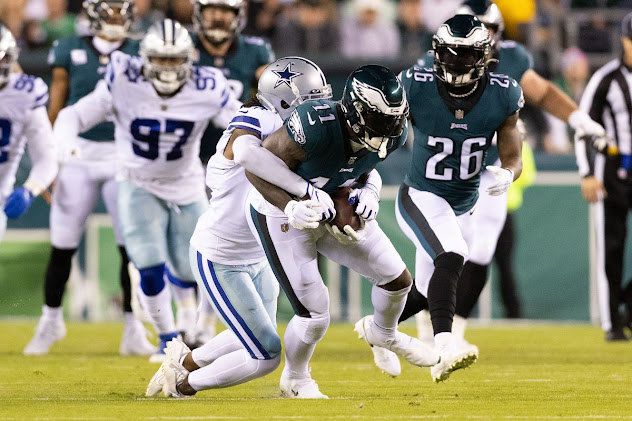 The injury to Jalen Hurts ($3.66, 4%) is a killer to almost any fantasy owner still in the playoffs, but for investors like ourselves, it is impossible to ignore the narrative surrounding Gardner Minshew ($4.42). Peeking back a year ago, without AJ Brown ($2.88, 10%), Minshew put up fantastic numbers when Hurts was dealing with an injury in his last season. Combined with the loss of his college coach Mike Leach, Minshew is a fantastic investment this weekend as I am a prisoner of a good storyline.

I don't expect Miles Sanders ($0.83, -18%) to have a giant day against this Cowboys defense. I think almost all of the success of the Philadelphia defense will come through the air. Lest we forget the Eagles will be getting back my preseason darling Dallas Goedert ($6.29).

As for the Cowboys, coming off a stunning loss to the Jacksonville Jaguars it's not necessarily a must-win game for them, but the Eagles have not clinched the division yet. They can do so with a win against the Cowboys on Saturday as well. Dak Prescott ($7.37, 2%) and company would need to win out and have the Eagles lose out to pull off such a feat.

While the situation is unlikely, the Cowboys would first need to find a way to score against the stout Eagle's defense. Despite the thunder and lighting ofEzekiel Elliott ($6.82, 7%) and Tony Pollard ($4.12, -2%), I'm not sure we should expect a big game from either of them. I believe if the Cowboys are going to pull off this upset the key lies within Ceedee Lamb ($2.96, 2%) and Michael Gallup ($1.09, -21%). In all, I think this will be a competitive and fun game to watch Saturday night!