Another wild week of NFL action is on tap for us this weekend, with college football almost ending we’re extremely close to some Saturday football as well. 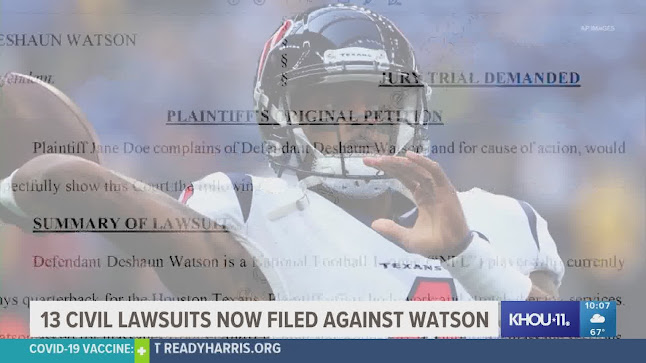 It’s the return of Deshaun Watson ($14.55) as he heads back to where it all began in Houston this weekend. Perhaps we shouldn’t expect much from Deshaun this week, as it has been almost 2 years since the last time he played competitive football.

While it has been almost 2 years, he has been able to practice as of late and I can’t help but be sucked in by the possibility of a big day as he takes on one of the worst teams in the NFL. While the Browns are not home this week it’s hard to imagine a scenario where Amari Cooper ($8.02, 3%) becomes his go to target in this game. However, I also want to remind people of the reports this summer of Watson having a connection with Donavon Peoples-Jones ($0.82, -16%) this summer during camp.

With the return of Watson, I also can’t help but wonder what the impact will be on Nick Chubb ($10.33, 9%) this weekend and going forward. Often referred to as one of the best running backs in the NFL but awful for fantasy, he has been great at both this season. In all, I think we will see Chubbs’ workload decrease over the stretch for Cleveland.

As for the Texans, it’s obvious this team is going to be moving on from Davis Mills ($2.67) this off-season and using one of their picks (or perhaps they trade both to move up) to select a future signal caller. Watson was a fantastic pick until the last 24 months and now the Texans are back in quarterback purgatory and have to hope they find the next superstar in the draft this year. It’s hard to see them trading both of their picks as this team lacks depth and talent across the roster. Even pre-season darling Dameon Pierce ($4.35, -16%) has come back to earth in recent weeks. 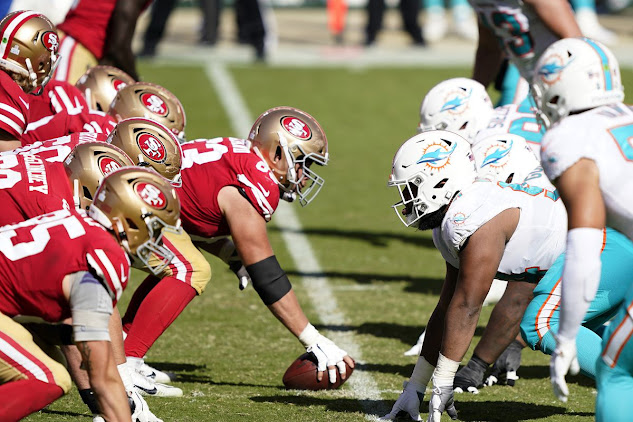 Many pundits have declared this the game of the week with the Dolphins Mike McDaniel taking on mentor Kyle Shanahan. Both of these teams have exceeded their expectations this season.

The Dolphins have groomed Tua Tagovailoa ($4.17, -5%) this season and with a win can maintain their first place finish in the AFC East. If Tyreek Hill ($13.00, -7%) and Jaylen Waddle ($8.97, -4%) can continue their excellence then the Dolphins might be able to keep their hold on the division. However, they’re tied with Buffalo in terms of wins if they do indeed this game. As such, each week these teams appear to be pushing eachother for the two seed. The Bills are in an odd scenario where they could finish as high as the #1 seed or the #5 seed based off the Dolphins season.

As for San Francisco, one would have thought that the loss of Trey Lance ($4.04) they might have some bumps and bruises. Instead of playing the cards they were dealt after the injury to Lance and Eli Mitchell ($1.22, -4%) they traded for Christian McCaffrey ($14.75, -13%). That trade has drastically improved Jimmy Garoppolo ($1.80, -5%). Since trading for McCaffrey San Francisco has gone 5-0. 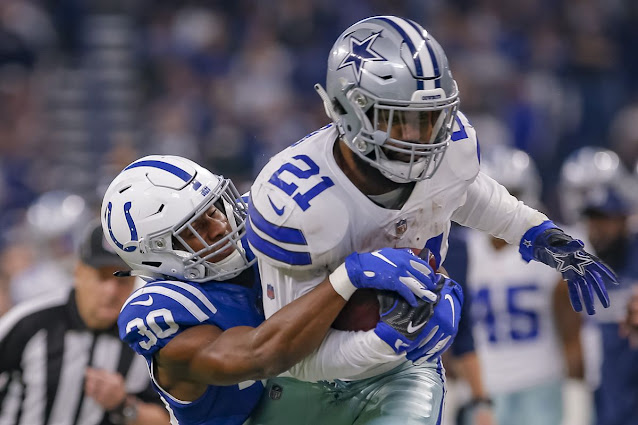 The Colts have looked stunningly better under interim coach Jeff Saturday than they have under Fran Reich this season. It has been odd to see Matt Ryan ($3.34, -6%) play for them as of late. While he hasn’t been awful he hasn’t been great either.

The matchup couldn’t be worse for the Colts ether as the Dallas front 7 is going to be wreaking havoc upon Matt Ryan and could complicate matters if they’re trying to get Michael Pittman ($2.50, 7%) involved early. To make matters worse, Jonathan Taylor ($7.75, 3%) hasn’t been up to snuff either since returning from injury. This  could be an awful game for Indianapolis as I don’t see how they will compete with Dallas when they’re at their best.

As for Dallas I expect them to breeze through this game with Dak Prescott ($7.75) getting going early. It’s entirely possible this game gets closer than I think based on how well the Indianapolis defense has played as of late but I think the Cowboys offense will continue to get going. CeeDee Lamb ($3.26, -1%) and Michael Gallup ($1.29) might be getting going at the right time of the season after last weeks performance. I doubt we should be investing much in Ezekiel Elliott ($5.18, -1%) as we could see Tony Pollard ($2.99, -3%) take this role starting next year.