The playoff race is on as the final weeks of the season are upon us and in terms of the fantasy, playoffs will be starting next week. With the playoffs in mind, there are some games this weekend that can have dire effects on the race as we head toward the home stretch. 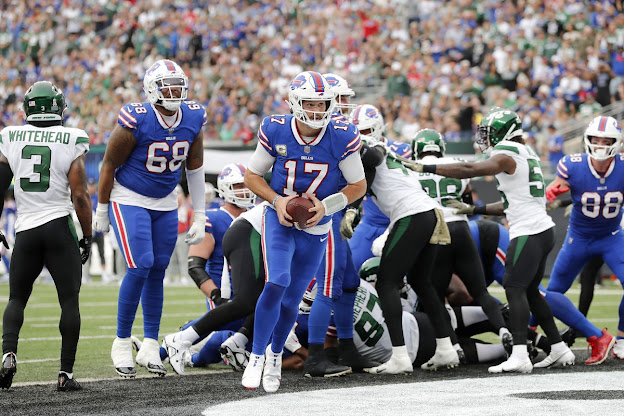 The Jets head to Buffalo this weekend, and the Bills have everything to play for. After the shocking defeat to the Chiefs, last week Josh Allen ($25.06) will get a crack at Mike White ($1.53, 6%). The Bills are 1st place in the AFC but all of their losses this season, except for the Vikings, are from within their division. The good news for the Bills is that they get the Jets at home in this one.

After unleashing James Cook ($2.98) last week against the Patriots it's not insane to think that they could continue to use him. It's hard to envision them giving Cook the primary role, however, as Devin Singletary ($2.12) is likely to still be heavily involved as well. In all though, I expect the Bills to come into this game highly motivated and expect a big game for the entire offense including Stefon Diggs ($8.76), and Gabriel Davis ($3.23).

As for the Mike White-led Jets, they lost last week in a valiant effort against the same Minnesota Vikings that beat Buffalo a few short weeks ago. While the transitive property is often used, I don't think it will apply to the Bills in this game. The Jets upset the Bills this season once already, but I think the Bills' offense is going to be in better shape with James Cook, and the defense will struggle to contain them. Mike White is going to have to connect with Garrett Wilson ($8.26, 18%), and Elijah Moore ($3.94, -8%). The last time the Jets played the Bills so well they were able to control the ball, and play great defense. Not only do I think the Bills' offense gets going, but I also think with Tre White back in action and looking healthy they should be able to force Mike White to beat them deep instead of the dinking and dunking. 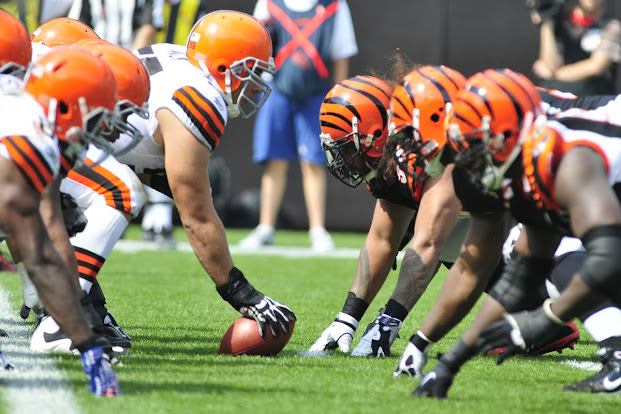 Here we are, week 2 of the Deshaun Watson ($12.07, -17%) experiment in Cleveland. A week after the Bengals upset the Chiefs they head home to face a Cleveland Browns squad that wasn't able to score through the air against the hapless Houston Texans.

The Texans are long odds to make the postseason thanks to the surprise of the AFC East. This is a must-win game for the Browns and while it doesn't look like they stand a chance, I think this could be one of the highest-scoring games of the week. Watson has a full game under his belt and faces a Bengal defense that is still exploitable and if Watson can get going this could be a shootout. I still think Nick Chubb ($9.01, -13%) is a long shot to be anything other than a low-end RB2 the rest of the way, which means his projections are too high for me. Donovan Peoples-Jones ($0.74, -9%) is still my favorite Browns player in terms of value the rest of the way, as I think Watson will utilize him similarly to how he used Will Fuller back in Houston.

Conversely, I think the Bengals and Joe Burrow will continue to put up strong offensive numbers in this game as well. With Ja'marr Chase ($10.10) back in the fold, he and Burrow are priming themselves for another deep playoff run, and they are seeing if they can climb that AFC playoff picture. If the Bengals can take care of business, and the Bills and Chiefs falter they can still find a way to grab that bye week with some luck…bear in mind they can beat Buffalo in a couple of weeks to own that tiebreaker.

It remains to be seen whether or Joe Mixon ($13.40) comes back in this one. However, once he is back this offense becomes a dual threat through the air and ground. With their offensive line much improved from a season ago, this is a team no one in the AFC is going to want to play. 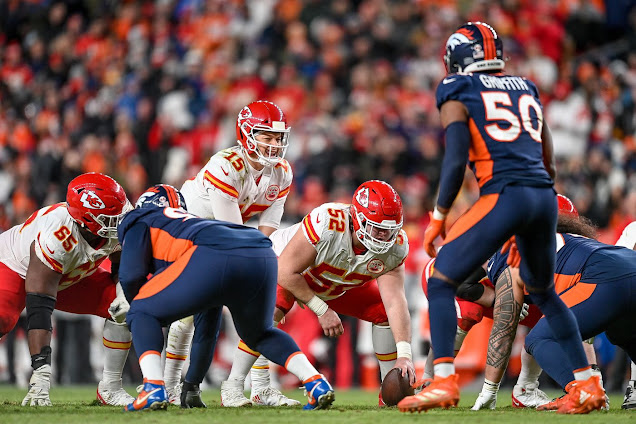 The Chiefs fresh off their loss to the Bengals now head to Denver and take on the Ramen chef Russell Wilson ($5.85, -8%) himself. While this game doesn't look the part, it's one I think we should pay attention to as division games are always tricky.

The Broncos are going to be without Courtland Sutton ($0.77, -25%), and as such will probably be relying upon Jerry Jeudy ($1.27) again in this one. It's interesting how much firepower this Denver team has lost this season and losing Javonte Williams ($3.72) is perhaps one of the most underrated losses on the season. Still, as shorthanded as the Broncos' offense will be their defense is still one of the best units in the NFL.

It will likely be tough sledding for Patrick Mahomes ($22.47, -3%) as he still lacks the rushing attack. Still, Mahomes will have Travis Kelce ($11.78, -15%) and Juju smith-Schuster ($1.90, -12%). The Chiefs' offense enters this matchup without many injuries outside of Kadarius Toney ($3.54) and Thuney along the line. I think the Broncos will end up keeping this game closer than many pundits expect, and wonder if they can end up pulling off the upset.