The king of the AFC is back in the mighty hands of the Buffalo Bills after the football gods did their work this past week! With some luck, the Bills now control their destiny the rest of the way in terms of whether or not they will be the #1 seed, or not. They might not even win their division. 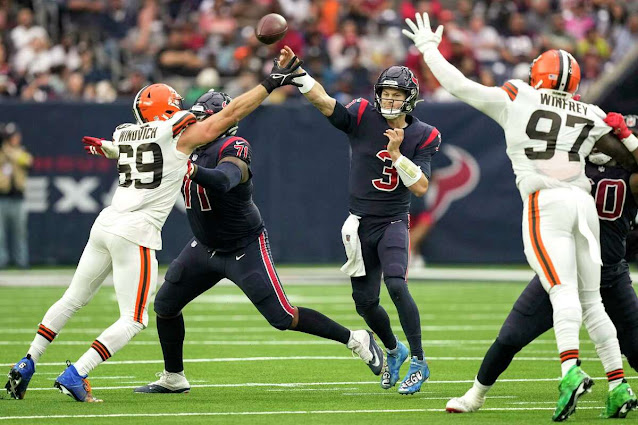 As expected this game was anything but a banner performance for Deshaun Watson ($12.07, -17%) after playing his first meaningful game in what amounts to almost 2 years. While we shouldn't be surprised he didn't come out at an MVP level, I am somewhat surprised at how mediocre of a game this was against an awful Texans team.

Watson displayed some nice throws in this one, but there was more ugly than anything else, especially on a costly turnover in the red zone. The lone bright spot was the usage of Donovan Peoples-Jones ($0.75, -8%) in this one who broke off a huge gain. In all, Nick Chubb ($9.01, -13%) wasn't as effective in this one, as we predicted earlier, and instead, it was Kareem Hunt ($6.48, 1%) who came away as my most impressive Brown on the day.

As for the Texans, it's difficult to write something here…as they're the Texans still. Kyle Allen ($1.02, -12%) got the start and threw the only score for the Texans on the day. The Texans are not worth investing in at the moment unless you're feeling lucky. 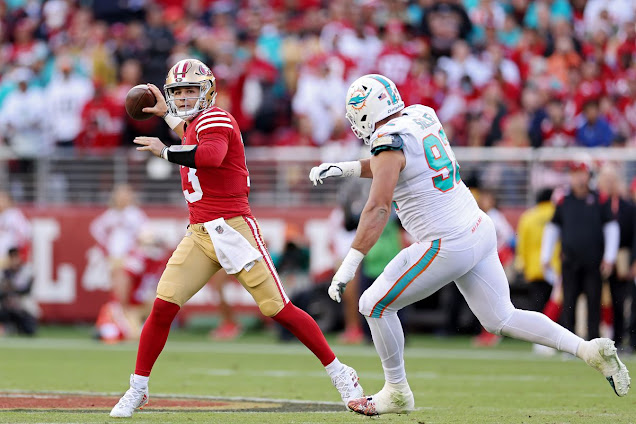 This was widely maligned as one of the best games of the week heading into the matchup. However, early on we saw Jimmy Garoppolo ($1.42, -21%) go down, and now will miss the rest of the season for San Francisco. This was easily one of the best seasons we've seen from Garoppolo thus far and sad to see his season come to an end.

In relief, we saw Brock Purdy ($1.04, 4%) come in and do better than I initially thought. It's easy to get carried away and say he had a great day with over 200 yards and 2 scores but he was playing against one of the worst passing defenses in the NFL and we should take that into account before thinking of investing headed into their matchup next week. The true unsung hero again for San Francisco ended up being Christian McCaffrey ($16.55, 12%) as he piled up over 150 all-purpose yards for San Francisco on 25 opportunities.

On the other side of the ball, Miami got boat-raced in this one. All season we've seen Miami give up points on the defensive side but strike fear into the opposing team with their nightmare pair of Tyreek Hill ($14.50, 12%) and Jaylen Waddle ($7.13, -21%). This time, it didn't much matter. No matter what they did they weren't able to crack the code of the San Francisco defense.  Tua Tagovailoa ($3.98, -6%) injured his ankle on the final drive of the game and this will end up being something to monitor. In all, this team was given a golden opportunity of playing against a team after losing their starter early and failing to live up to the expectation. 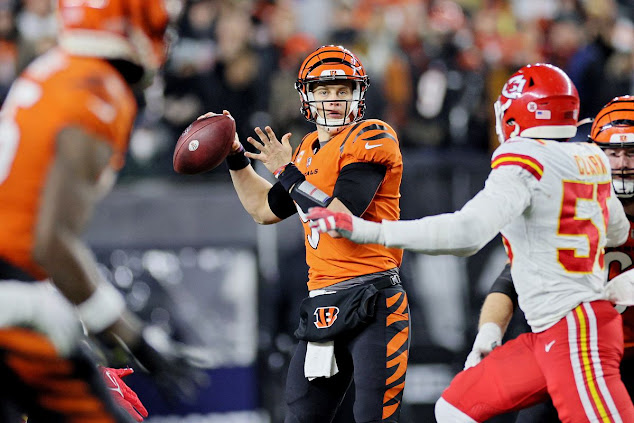 In what ended up being the game of the week, it was also the most crucial in terms of getting Buffalo back in position as the #1 seed in the AFC playoff race. Patrick Mahomes ($22.47, -3%) squared off against Joe Burrow ($11.79, 11%) for the third time in their young career, and the results didn't change.

Perhaps the most concerning thing for Kansas City this season is while they win the games they're supposed to, they've come up short in the two biggest games they've had. With the loss to Buffalo, and not to Cincinnati they can't afford to lose another game this season if they want to recapture the #1 seed. As the playoff tiebreakers won't be their best friend. The biggest liability of the Chiefs is their inability to run the football, and it has become painfully obvious it doesn't matter who they put in the backfield. No amount of Clyde Edwards-Helaire ($1.18), Isiah Pacheco ($3.52, 10%), or Jerick Mckinnon ($2.02, 18%) will get the job done. If the Chiefs can't find a way to run the football, it's hard for me to see this season ending with a title.

The Bengals are doing what they did just 12 months ago and that is getting swagger in time for a playoff run. Without Joe Mixon ($13.40) they were able to take down the top dog, thanks in large part to Ja'Marr Chase ($10.10) who racked up 7 catches for almost 100 yards while Samaje Perine ($1.25, 8%) tallied over 100 on the ground. If this offense continues to grind as they have they could easily be the best underdog to escape the AFC.