The playoff races were indeed wild again this weekend, and after the regular season Minneapolis miracle / Indianapolis meltdown we find ourselves looking at another fun week of triple-header Saturday games. First, let's break down the week that was. 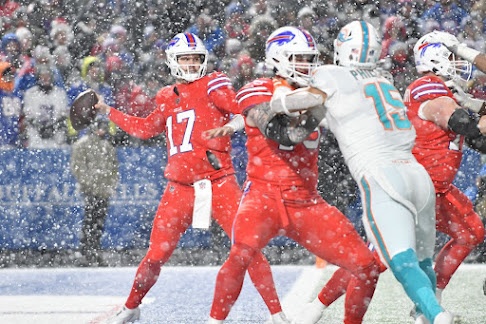 As if you all didn't know, I was a very happy camper Saturday night. Josh Allen ($28.18, 15%) was able to rectify the early season loss to the Miami Dolphins. Despite the valiant effort led by Miami, Josh was able to step up in the big moments as we've seen time and time again.

Josh Allen got hit early and stayed hot as the snow started to fall. While he was able to uncork some touchdowns, aside from Dawson Knox ($1.50, 40%), they went to some unfamiliar faces. As Buffalo continues their search for a consistent second or third option behind Stefon Diggs ($6.57, -11%), no real options emerged. Gabriel Davis ($2.73, -4%) continued to be hot and cold catching 4 passes for a meager 56 yards. Instead of Gabriel Davis, or Cole Beasley ($2.88), it was instead the running backs that emerged as the receiving options for the Bills. Nyheim Hines ($1.30) and James Cook ($2.72, 10%) both emerged from this comeback win as the receivers of choice to score.

As for the Dolphins, they've for sure got their coach locked up. I've consistently seen Mike Mcdaniels lead this team in close games and the offense continues to grow. Tua Tagovailoa ($3.81, 3%) I still have concerns about, but delivered a respectable performance with 2 touchdowns and no turnovers. It always helps when you have Tyreek Hill ($15.31, 4%) and Jaylen Waddle ($6.62, 11%). Part of me wonders what the Bills would be like if either was an option behind Stefon Diggs. However, despite the great night through the air and Raheem Mosterts' ($2.23, 13%) big night on the ground it simply wasn't for Josh Big Foot Allen. 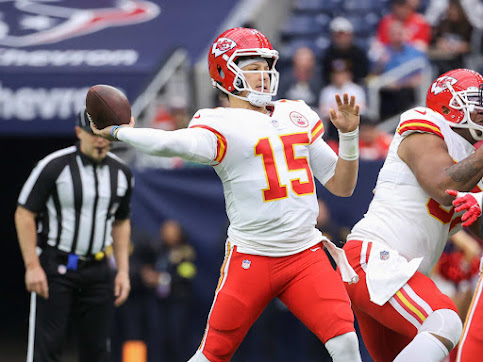 This wasn't a game I thought I'd be writing about, but alas Davis Mills ($2.83, 21%) continues his late-season push to start next year.

Unlike last year, I doubt the Texans will be fooled by his progress. Perhaps he will suffer a similar fate as Gardner Minshew ($4.41) and be a high-end backup. There's no doubt he will be on a roster next year as he has the talent. I'm simply not sure he's done enough to warrant a look as a day-one starter next year. He does deserve credit in this one as he threw for two scores and no interceptions with Chris Moore ($0.73) as his leading receiver.

I was finally rewarded for my Royce Freeman ($0.87) fandom with an 11-carry 51-yard scoreless game. Perhaps this will be the tape he shows his grandkids one day! All this goes to show, none of these names on the Texans will likely be here next year and not all the problems reside with Mills. Perhaps they shouldn't have fired David Culley, but there was no progress this year and the roster will be shaken up mightily this next year.

Despite all the troubles, the Chiefs struggled in this one until the end. It took 5 quarters to close the deal, but having Patrick Mahomes ($23.99, 9%) is a cheat code. Mahomes didn't deliver his best statistical output in this one, but he came through when the game mattered the most. Sure he was stopped on the opening drive of overtime, and the defense bailed him out, but he did deliver the nail in the coffin when given the chance to redeem himself. I still feel like this team is going to regret having no real option in the backfield when the competition increases this postseason. Sure Isiah Pacheco ($3.40, -5%) had 86 yards in this one, but I don't think this backfield is going to be productive enough when the postseason gets going. The Chiefs and Bengals are very much still alive in terms of the #1 seed and only the Bills control their destiny to date. 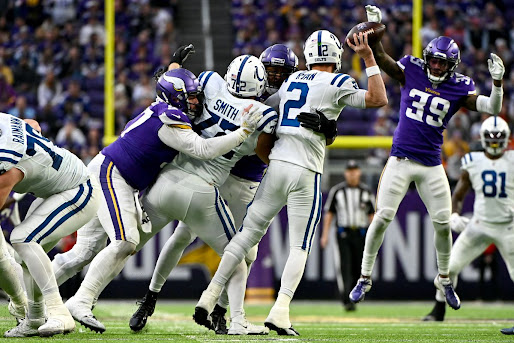 For the first time in my life… Kirk Cousins ($9.28, 21%) delivered in prime time. Cousins delivered his own Minneapolis miracle as he didn't want to be topped by Case Keenum ($2.02) over his time in the purple and gold.

For the second game in row Cousins tossed for over 400 yards and this time put up 4 scores through the air. Justin Jefferson ($15.91, 10%) and KJ Osborn ($1.42, 102%) combined for over 250 yards and 2 scores alone against the Colts…but it was all in the second half. Dalvin Cook ($4.93, 18%) was also granted permission to score and deliver an elite performance as well. This offense was down 33-0 against the Colts and looked like they were bound to deliver a flameout to their fantasy managers. Similar to the Chiefs perhaps the meltdown could be strongly correlated to a lack of an elite running back.

Jonathan Taylor ($5.88, -21%) was knocked out of this game early and sealed his fate as a 1.01 fantasy bust for 2022. The Colts got up early however despite the early Taylor exit. Matt Ryan ($2.99, -5%) was allowed to start again on Saturday, and was efficient early but led the collapse. Ryan has now allowed the largest come-from-behind victories in Super Bowl and regular season history.

Zack Moss ($1.44) was largely deemed the back of choice on Saturday, by Saturday (yes, I had to), as he toted the rock 24 times for 81 yards. In all between him and Deon Jackson ($1.64), this team didn't have what it takes to close the deal on the ground or through the air. Outside of Michael Pittman ($2.23, 8%), there wasn't much to be had in the receiving game. This team has plenty of holes, and it is starting to show just how wrong many pundits were to have this team as a division favorite (though I never bought that). Perhaps they will bring in Sean Payton this off-season, but I think he will have better options.