The 3 days bonanza of action has concluded, and there is still plenty of room left for a postseason run for several teams. As of Monday, 12 of the 16 teams had a path toward the postseason which is fascinating to me. 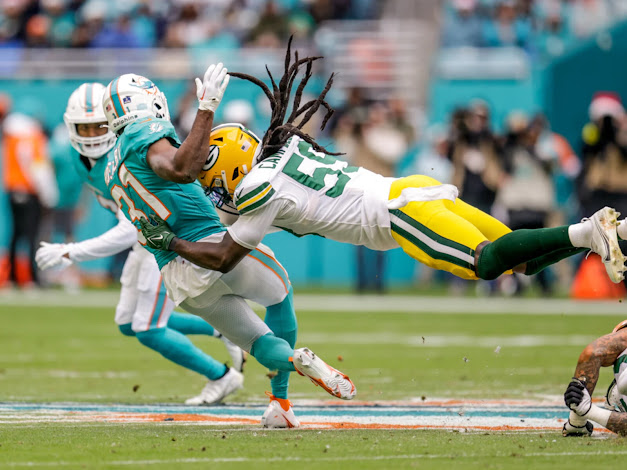 This game lived up to my expectation of being a shootout. While Aaron Jones ($5.24, -16%) was a giant letdown, we shouldn't be surprised. I think now is the proper time to opt-out of Jones shares down the stretch. With the Packers retaining the option to cut Aaron Jones this off-season and save 9M dollars, I would think this is the final batch of games for him while AJ Dillon ($2.67, 6%) continues his brilliance as a Green Bay Packer.

As for Aaron Rodgers ($7.52, -4%), I think we are far from him nearing the end of the line. I would think he would be back for sure this time next year at the least. When you consider that Christian Watson ($9.11, -4%) is starting to come into his own, I think the talent on this team is far better than we thought 2 months ago. If I'm the Packers, I'm calling the Arizona Cardinals who look poised to enter a rebuild and acquire Deandre Hopkins ($4.01, -22%) this off-season. In all, the Packers continued their brilliance on Sunday and are very much still alive in the playoff hunt.

Looking at the Dolphins, they have taken quite the stumble as of late. While many thought Tua Tagovailoa ($3.42, -10%) was the answer just 4 weeks ago, I think questions will begin to persist this off-season based on how this season is ending. Tua is now in the concussion protocol, and the playoff opportunities are dwindling. Despite their 3rd loss in 4 games, Jaylen Waddle ($7.55, 14%) went off against the Green Bay Packers. With the massive trade for Tyreek Hill ($14.05, -8%) this off-season, anything short of a playoff berth will feel like a massive disappointment especially considering how the season started. 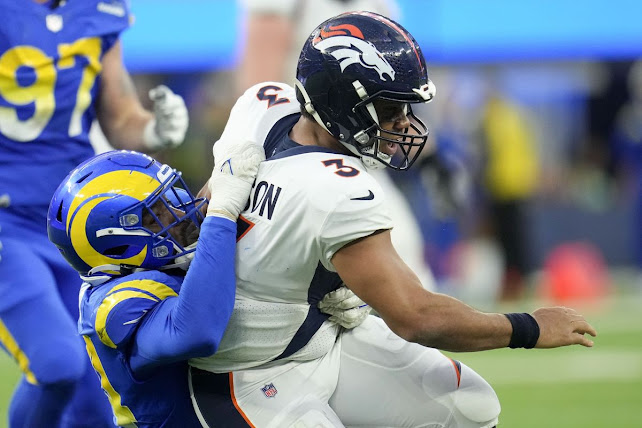 This game shouldn't be a highlight, as this game had – playoff implications. Based on the events that transpired it's obvious we have to talk about this one.

With another abysmal performance from Russell Wilson ($6.21, -10%) and company, the Broncos decided to move on from Nathaniel Hackett Monday morning after being embarrassed on Sunday. Wilson looked lost on Sunday and threw 3 interceptions against a Rams team without much to play for. This team has nothing at the running back position, but with Courtland Sutton ($0.80, 6%) and Jerry Jeudy ($1.96, 6%) both active on Sunday, no one should have expected such a horrendous game.

It remains to be seen what happens with Matthew Stafford ($3.34), but Baker Mayfield ($2.56, 8% has added another impressive win to this Rams team who have nothing left to play for. Mayfield's performance on Sunday opened up lanes for Cam Akers ($5.87, 57%) to run through looking like he did his rookie season before the awful Achilles injury. While I don't believe Akers is back, it was nice to see him have a game like this. Tyler Higbee ($1.90, 71%) was the most notable pass catcher on Sunday, catching 9 balls for almost 100 yards and 2 scores. In all, this game was a snoozer on Sunday but provided Monday with headlines after the Broncos fired Hackett. 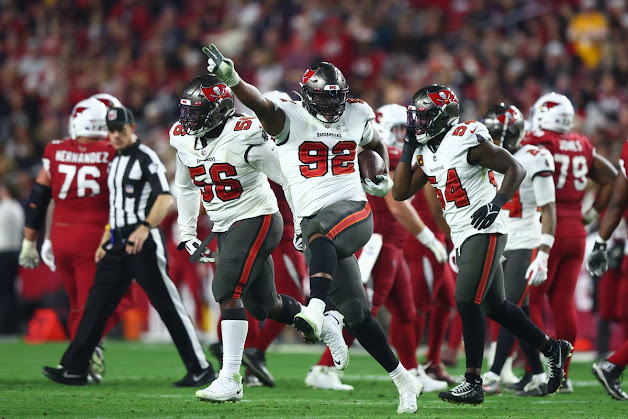 This was a game that provided plenty of sparks on Sunday night. Tom Brady ($9.31, -8%) had to reel his team back from 10 down in the final quarter again after looking like they were down and out. I don't believe Tampa Bay's offensive line is good, or close to it, which has led to many of Bradys' issues this season. While several people think Brady no longer has it, I think he is still extremely talented and could play somewhere next season.

All that said, Leonard Fournette ($13.10, 27%) was the hero on the offensive side of the ball on Sunday night. Leonard carried the ball 20 times and caught 9 passes recording over 150 all-purpose yards for Tampa. Without Fournette it is highly unlikely Tampa comes back in this game to keep control of their destiny. With the Buccanneers in must-win games, we're essentially in "playoff Lenny" mode.

The Cardinals rolled out Trace McSorley ($0.86, -15%) got the start on Sunday night. As we have seen before, he leaves a lot to be desired as a starter. Trace completed just over 50% of his passes without a passing score. Much like Tampa, their running back James Conner ($3.94, 16%) carried the torch for Arizona. Conner was able to take 15 carries on the ground and scored the lone touchdown for Arizona. It is obvious at this point that Kliff Kingsbury is all but done in the desert and this game was another brick in the wall to establish that.