Merry belated Christmas everybody! My name is Jalon Dixon, your friendly neighborhood NBA super fan and new Prediction Strike expert here with the weekly scoop on the biggest news across the association and how these things could influence Prediction Strike’s NBA Stock Market.

Golden State Warriors guard Jordan Poole (-21.00%, $0.92) has taken a massive dip despite playing relatively well in this five-game stretch without Curry. But the Warriors are 2-3 in those games, including 30+-point blowout losses to the Knicks and Nets. Tough luck for the Poole Party. Indiana Pacers rookie guard Bennedict Mathurin (-16.62%, $6.15) has also dropped a bit, but remember this: Mathurin is a long-haul investment.

Now that we’ve got that out of the way, let's take a look at some of the top storylines coming out of the NBA this week. 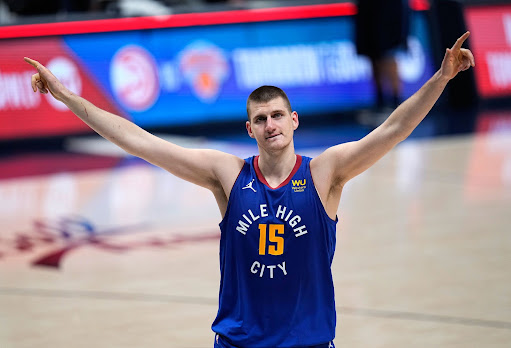 Entering this season, many had already made the preconceived notion that Nikola Jokic (+3.66%, $25.94) would not be a viable MVP candidate due to nothing more than voter fatigue.

It just seemed too unrealistic that of all the greats that have graced the league, Jokic would become the first player since Larry Bird and the 4th player all-time to be named a 3Peat MVP. But even voter fatigue cannot stave off the absurdity of the video game numbers that Jokic is putting up this season.

The Joker is coming off of a historic performance with the most points in a Christmas day triple-double with 41 points along with 15 rebounds and 15 assists in the overtime victory over the Phoenix Suns. Not even a few games prior, he dropped 40 points, 27 rebounds, and ten assists in a win over the Charlotte Hornets.

Through 32 games, he already has seven triple-doubles (most in the league) and 23 double-doubles (tied-most with Domantas Sabonis (+6.15%, $1.79)). The man has quite literally been unstoppable. This season he is averaging 25.4 points, 11.0 rebounds, and a career-high 9.4 assists as the offensive engine of the 6th highest-scoring team in the league.

In the past two seasons, the arguments against Jokic were either related to the MVP candidates going down with injuries or the Nuggets not being a top-level team in the West. This time around, both of those arguments are null and void.

In terms of MVP candidates, even with guys like Stephen Curry (-0.05%, $20.94) going down for a few weeks or Joel Embiid missing sometime early in the season, the MVP race is still alive and kicking.

In terms of the Nuggets' regular season success, Denver sits atop the Western Conference with a record of 21-11. They have their other top-two players Jamal Murray (+13.55%, $5.50) and Michael Porter Jr. (+1.48%, $0.89) back on the floor after missing most or all of last season due to injury. The Nuggets have the most productive offensive starting five in the league. Even Aaron Gordon (+11.78%, $4.88) is getting some Most Improved Player buzz with his career-high shooting from three (39.0%) and his viral baptism of Landry Shamet on Christmas day.

Across the board, the Denver Nuggets have been one of the most impressive teams this season and Jokic might have the most offensive productivity of anyone in the league. 3Peating is going to be a tough feat, but the numbers say that Jokic should be considered the runaway frontrunner. History is in the making. 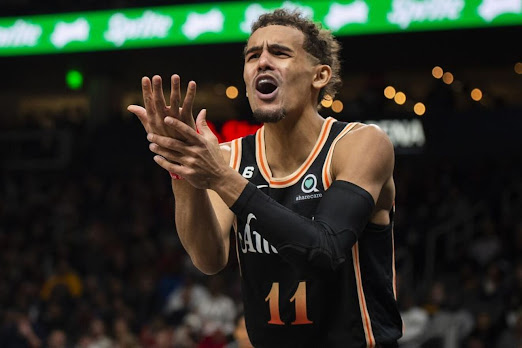 Is Trae Young Out of Atlanta?

According to Chris Haynes of Bleacher Report, rival executives believe that Young could be the next player on a rookie max extension to request a trade if the situation in Atlanta does not improve. Since the magical run in the 2020-21 season where the Hawks made it to the Eastern Conference Finals and pushed the eventual champion, Milwaukee Bucks, to six games, things have gone downhill for the young squad.

Here are just a few of the notable plot points for the Hawks over the last season and a half:

·         Finished 9th in the East last season but made it into the Playoffs through the Play-In tournament, only to be completely manhandled by the Miami Heat in five games.

·         Signed Bogdan Bogdanovic (-4.87%, $1.73) in free agency, who has consistently been in and out of the lineup over the last two seasons (has only played in ten games this season) and is already involved in trade rumors.

·         In-fighting between Young and head coach Nate McMillan along with a disgruntled John Collins (-3.59%, $1.41) who has practically been in trade rumors since the minute he signed his 5-year, $125 million extension.

·         Recently, President of Basketball Operations, Travis Schleck stepped down into an advisory role in favor of Landry Fields only weeks after reports indicated that Schleck was on the hot seat.

Not to mention that although the stats amongst the backcourt look good, the fit between Young and former San Antonio Spurs All-Star guard Dejounte Murray (-4.62%, $3.78) isn’t working as seamlessly as they’d hoped.

Young is having a down year from beyond the arc shooting a career-low 31.1% and in November it was down to 29.0%. Even despite the shooting woes, he has still been able to maintain some semblance of All-Star play.

Young is currently 10th in the league in scoring (27.5) and 2nd in assists (9.9) behind only Indiana Pacers guard Tyrese Haliburton (+3.74%, $29.49) (10.3). If Young were to be on the trade block, he would easily be the biggest name on the market. He may even be the best talent to change teams via trade since the Brooklyn Nets acquired Kevin Durant from the Warriors via sign-and-trade. Notable teams to watch out for if Young were to become available are the Orlando Magic, New York Knicks, and the Miami Heat.

Should Young stay in Atlanta or request a trade? If you do think he should be on the move, where do you think is the best fit? Let us know!

·         NBA Insider Marc Stein reported that “there’s a rising belief leaguewide that [Kyle] Kuzma is gettable between now and the February 9th trade deadline as a result because the Wizards might ultimately be forced to concede that they have to trade him before the buzzer to ensure they don’t lose him for nothing.” Kyle Kuzma (+4.67%, $12.57) is having his best season averaging 21.8 points, 7.6 rebounds, and 3.5 assists on 46.9% shooting from the field and 34.3% from three.