- December 08, 2022
Hey everyone! It’s David Rooney, your friendly NBA fanatic and PredictionStrike expert investor here with some more opportunities to make money investing in your favorite athletes through PredictionStrike.
It was an okay week for me in the NBA, gaining 4.7% across my portfolio this week.
Anthony Edwards is up to $21.25 from my callout last week at $19.23. SGA, meanwhile, hasn’t seen much movement for better or worse, settling at $10.07 as of this writing after my callout at $10.00. With only two games played this week and a plan to hold, I’ll continue to be patient and wait for these gains to increase over time. Last week was successful in terms of callouts, now let’s get into my picks for this week!
But before that... housekeeping reminder... Update your apps! ESPECIALLY Android users! You'll find tons of new features.
And remember that you can still become a PS Black Member today. That includes:
Oh, and check out our MERCH store here: https://store.predictionstrike.com/! Per your request, we've released some top-notch merch. There's a limited quantity and will only be around for a limited time, so make sure to get on it!

It looks like Jalen Suggs is going to be out a little while longer for the Orlando Magic, as he has now missed six consecutive games, and no definitive timetable has been set for his return.

I think Cole Anthony (+12.89%, $0.96) and Markelle Fultz (-11.37%, $1.78) will both benefit from the additional playing time, but for PS I would rather invest in Anthony right now. Both players have had up and down performances, but I think Anthony’s projections are much closer aligned to his expected performance. I think a fair projection for Fultz would be in the 25-27 range, not 28+ and consistently increasing, up to a current projection of 33. Anthony’s projection is much more reasonable, and as such I have more confidence investing in Anthony, who has also been showing flashes of his potential recently. I think Anthony is a good short term flip play until Suggs gets back, and with his fairly low projection and low price, you can rack up a large number of shares and earn profits through volume if he has one or two hot shooting nights where he smashes his projection for a significant gain. I wouldn’t be shocked to see at least one 8-12% gain from game performance in the next few weeks, as well as several smaller gains. 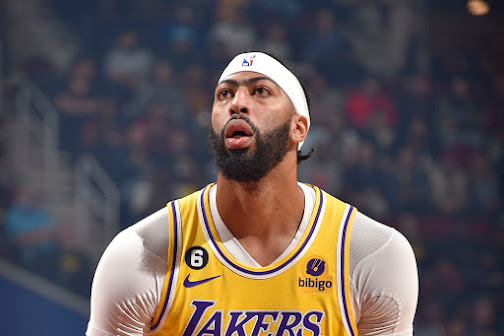 Buy and Hold… and Buy the Dip!

Tuesday was a bad night for Anthony Davis (+3.65%, $21.32) shareholders, as an unfortunate turn of events meant that Davis lost the maximum 15% of his share price in one game. However, if you aren’t a current Davis shareholder, this represents an incredible buying opportunity.

Throughout the course of the 2022-2023 NBA season, Davis’ share price is up by nearly 60%, and in terms of game-based movement his stock price has increased in 10 of his last 15 games dating back to the beginning of November, and excluding yesterday’s illness induced aberration.

There are many reasons why Davis is a great buy and hold candidate: He is an elite physical specimen, even among NBA standards. He can dominate in the paint, and he has a smooth perimeter game to complement his physical interior play. He is a versatile defensive player, capable of racking up steals and blocks. AD is a reliable scorer at all three levels, and he is also an elite rebounder. He is remarkably consistent in his ability to come away with double digit rebounds, to the tune of 13 games with double digit boards in his last 16 games played. He was well on his way yesterday, with three boards in just eight minutes played, and in one of his other misses he has nine rebounds.

Davis is almost a lock for 12 or more boards every single time he steps on the court. His scoring also benefits from his sharing the court with LeBron James, arguably the most gifted playmaker of his generation. James draws so much attention and is such a gifted passer that somehow Davis is still able to find a couple of easy buckets every game despite being such a talented player himself. Now is the perfect time to invest in AD after his share price fell 15% due to events outside of everybody’s control. This opportunity can set your portfolio up for success in the future, though. Now is the perfect time to add some AD shares and hold for the rest of the year.