Hey everyone! It’s David Rooney, your friendly NBA fanatic and PredictionStrike expert investor here with some more opportunities to make money investing in your favorite athletes through PredictionStrike. 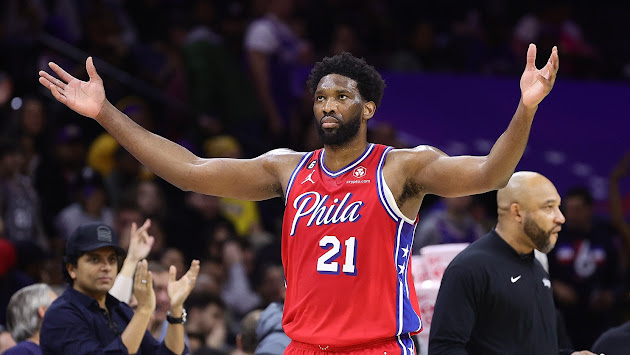 Joel Embiid (+2.68%, $14.06) has been playing some of the best basketball of his career over the past 10 days, and that is saying something given that he has already played at an MVP-caliber level throughout his illustrious career.

When Embiid has it going, he is virtually unguardable. Joel is a legit seven-footer with an ability to play on the perimeter that would rival many guards and wings in the league. Embiid is a willing and capable three-point shooter, an elite interior presence who is comfortable finishing over defenders or around them, he can find the open man to create plays for others while sprinkling in a mid-range game that is unstoppable when he is on point.

When Joel’s mid-range is going, you can’t defend him too closely because he’s quick and agile enough to get around you, but if you give him any space he’ll use his height and high release to get off a virtually uncontested shot at the rim. There’s no good option for defenders when Embiid is at his best.

He can score in so many ways and has so many countermoves that it becomes pick your poison in terms of how you want to play defense. Play tight defense? He’ll get by you and score at the rim. Play off him? He’ll drain triples and mid-range jumpers all night. Let him establish position in the post and have Harden getting the ball to him? Forget it, he’ll score at will. Double or triple team him? He’ll get it to the open man. Try something in the middle and hedge your bets? With a player as talented as JoJo, not committing fully to a strategy makes your efforts essentially wasted.

The counterpoint to investing in Embiid is that he just can’t keep this level of dominance up for a long period of time. Right? Right?! It seemed that way last year, but he just kept getting better and outdoing his already otherworldly expectations throughout the majority of the regular season from January on. However, that is a reasonable argument, and that’s why I’m investing in Joel as a swing trade in mind. If he continues excelling and performing at this level, I might hold a bit longer but I am expecting this to be a 2-3 week play at most, maybe a 1-2 week play. If I can get 2 or more games of 5% gains or better, I’ll take the win and be ready to sell whenever he seems to be falling back to earth. You can never go broke taking a profit. I currently have a small stake in Luka Doncic (+3.92%, $21.42) stock, but I plan on significantly increasing that this week so he becomes a major part of my portfolio. Doncic’s game is extremely well-rounded, which is a key reason why I feel comfortable adding shares to my portfolio despite his high projections (currently ranging from 53-57, as high as 60 on some nights).

On any given night, Doncic is capable of going off for 60+ points, 20+ assists, or 15+ rebounds. On any given night that he does something special in a given category, he is likely to be at least close to his season averages in the other two categories. This is a great foundation for a player who will routinely gain between 0.5% to 2% per game, with a few losses of 1-4% sprinkled in, along with a few special games that gain 5% or more.

This is the definition of “slow and steady wins the race.” As a proven player in the league, Luka is the exact type of player I’m willing to have patience with to rack up gains over the course of several months. I don’t need to make 30% in a week, I’m happy with slow and steady gains that will potentially turn into 60% or more four months from now.