The divisional round weekend is upon us and we have quite the slate ahead of this weekend. Let us jump to it with the Saturday slate of games!

But before that... you should know we're running a...

The promotion is live now through Monday night. Receive a free share for every $25 in deposits, up to $5k. That's a maximum of 200 free shares. You know the deal.

And hey - if you want LOWER FEES, along with TONS of other cool features? Become a PS Black Member. And now on to our expert's analysis! 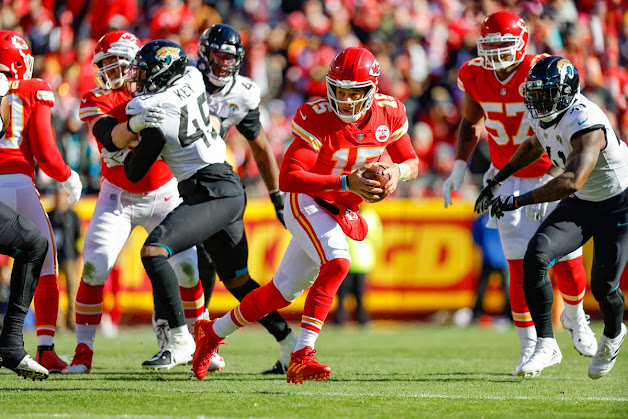 Seeing this game is a surprise, I didn't expect Jacksonville to escape last weekend and their reward is the mighty Kansas City Chiefs. Trevor Lawrence ($4.24, 7%) has his work cut out for him as he looks to outduel Patrick Mahomes ($22.56).

The Chiefs enter this contest coming off a season in which they led the NFL in terms of passing touchdowns given up. They also enter the contest allowing one of the lowest yards per attempt in the NFL and second in the entire NFL of Sacks.

Having said that, the Jaguars have seen tremendous growth in Lawrence this season after the dysfunctional Urban Meyer regime. While many mocked the signings of Evan Engram ($4.61, 28%) and Christian Kirk ($4.16, 12$) they've proved dividends for this team as evidenced by their epic comeback against the Chargers last week. While I think all of the pass catchers make an impact this weekend, I think Travis Etienne is going to be the pivotal piece for this team if they're going to win as they will need to control the clock and keep Mahomes off the field on Saturday.

As for the Chiefs, they come off their bye week and should be fully refreshed. Not only are the Chiefs coming into this game with rest, and the possible return of Clyde Edwards-Helaire ($1.17) but their opponent is coming off of a dramatic come-from-behind victory. This has the feel of the Minneapolis Vikings laying a dud after the epic Minneapolis miracle a couple of seasons ago in 2018 when they got decimated by the Eagles.

All this is to say, that while the Jaguars have seen dramatic growth this season, I struggle to see this game being competitive. Andy Reid is 27-4 as a coach coming off a bye week and I believe he will get to 28-4 after this one. I doubt we see the return of Clyde this week and think this will be another big week for Jerrck Mckinnon ($5.49) I also think we will see Travis Kelce ($8.65) and Juju Smith-Schuster ($1.44) get right in this game and will advance to take on the winner of the Buffalo Cincinnati game. 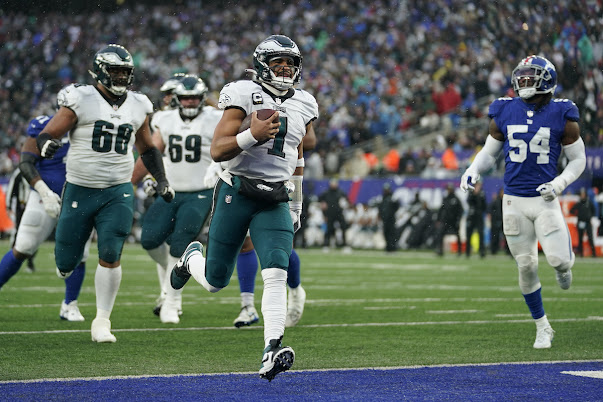 The question surrounding this game centers on the health of quarterback Jalen Hurts ($3.06). The last time we saw Hurts in week 17 he didn't look healthy as he wasn't able to run the ball as he should have. That said during that game they did enough to beat this Giants team to earn their bye this week.

It's fair to wonder just vanilla the Eagles ran their offense in week 17 and if they were holding back their offense for this one. Sure, they probably didn't know they would be playing the Giants 2 weeks later, but they had to have known it would be a possibility. It makes me wonder if Jalen Hurts will be his old self this week and the rushing ability will be unleashed as every game from here on out is win or go home.

It also helps when you have 3 dominant threats in the passing game AJ Brown ($2.80), Dallas Goedert ($5.76), and Devonta Smith ($4.62). On top of the threats through the air, they also have Miles Sanders ($0.57, 9%) in the running game to attack this Giants' defense. I ultimately believe we see a dominant Hurts performance on Saturday night over this Giants team.

Unlike the Eagles, New York's cabinet is fairly bare when comparing the two's offensive talent. Largely led by Daniel Jones ($1.41, 17%) and Saquon Barkley ($4.66, 14%) there's no one else on this roster that is a household name or elevates this offense. I've always been a fan of Darius Slayton ($1.80, 11%) but I have little confidence that this team is capable of pulling off the upset over the far superior talent of Philadelphia. I think they have the right leadership in place to make this team dominant in a few years, but it is nowhere near ready to be here in year 1 of Brian Daboll.