How Stocks Fared in NFL Playoffs

Just like that, we're down to four teams left in the big dance. Most of the league is on vacation, but as the saying goes "the further you get, the harder it stings" when referring to these elimination games.

·         The ability to double your max holding position 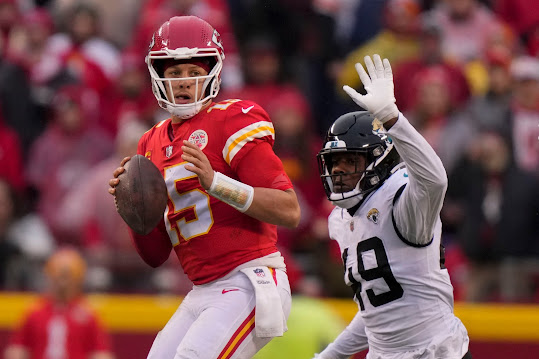 In probably the least anticipated game of the weekend, many pundits thought the underdog would have no chance in Kansas City. However, the Jaguars ultimately put up a great fight against the heavily-favored Chiefs, but not even a bum ankle was stopping Patrick Mahomes ($20.97,-7%) from getting to his 5th straight AFC championship game.

Mahomes was injured early in this one, and even during his absence, it didn't matter (practically the theme of the weekend). Chad Henne ($0.78) filled in for Mahomes on one drive going 5-7 for a touchdown.

Mahomes did eventually return on a hobbled leg and continued to target Travis Kelce ($10.19, 18%) as Henne did. Even the run game had success on Saturday with Isiah Pacheco pulling off almost 100 yards on the ground. 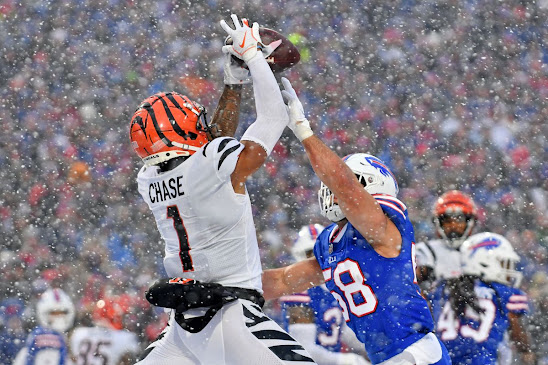 "Better issue them refunds" As a Bills fan this game was a dagger but was one I was fully expecting. Buffalo has been sorely missing Von Miller for a while and it was apparent against Miami this team wasn't going to be able to get after the quarterback.

Early on it was clear Buffalo was going to have to find a way to get into a shootout with Cincinnati as Joe Burrow and Hayden Hurst ($1.31, 24%) kicked off the scoring Sunday afternoon, and it was by no means going to stop. Burrow was able to consistently find his receivers throughout the day with little to no pass rush. Burrow was able to find Ja'marr Chase ($10.61, -6%) later in the game for another score and Joe Mixon ($11.66, 2%) was able to get in on the scoring action.

Josh Allen couldn’t keep up with the scoring in this one, and it was apparent early on they were going to struggle. After the first drive, which saw several miscues in the passing game, it went downhill in the second. Ken Dorsey, doing his best to blow this game early, drew up runs for Devin Singletary ($1.57, -1%) and James Cook ($2.98, -23%). However, anyone who followed this team knows that's not a core strength of Buffalo. Outside of Stefon Diggs ($4.83, -16%) this entire Bills offense looked like they would rather be playing golf instead of punching their ticket to the AFC Championship.

In the end, Buffalo didn't show up on offense or defense. And their season ends while the legacy of Joe Burrow continues to grow. 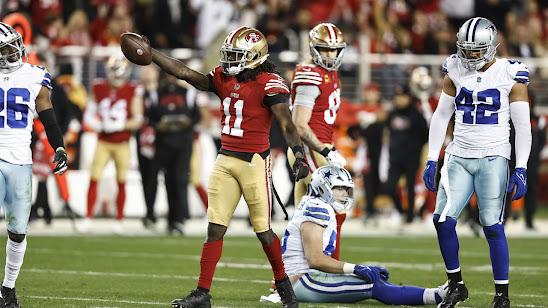 We all set New Year's resolutions and do our best to attain those lofty goals we set out for ourselves. However, as is often the case, by the middle of January we find those goals difficult to attain and usually fall back on our old ways. The Dallas Cowboys likely had the resolution to defeat San Francisco just once when it matters…and they showed us why they're America's team. Simply put, because they're just like us!

Dak Prescott ($7.91, -11%) had one job: simply outperform Mr. Irrelevant Brock Purdy ($2.39, -5%) and punch his ticket to Philadelphia. In the end, Dak was able to make the pivotal mistakes many would expect from a 7th-round rookie and threw 2 crucial interceptions at pivotal points in the games.

While it is true Dallas struggled once Tony Pollard left with a fibula injury earlier in the game, and that likely derailed much of the Dallas game plan. The best coaches in the league can make adjustments, and Dak should be at a point in his career where this team should be able to lean on him. With Dalton Schultz ($7.75, -2%) and Ceedee Lamb ($3.80, 3%) still healthy I would have thought they would be able to get a score when it mattered at the end. Just like our New Year's resolutions, Dallas gave up on their goals.

San Francisco wasn't a powerhouse on Sunday, but they were efficient. Utilizing both Elijah Mitchell ($1.83, -9%) and Christian McCaffrey ($18.11, -7%) led the day with 24 carries against one of the best-run defenses in the NFL. We should've expected this loss from Dallas, but nonetheless, it is even more painful for fans when they snatch defeat from the jaws of victory. Over and over again.

Thanks for joining us and reading all the way to the bottom! Make sure to give me a follow @DynastyMad, and let me know what you think. I'm looking forward to talking stocks and stories with you all every week! Until then, remember, if you send this link to a friend, you'll BOTH receive free shares when they deposit of $20 or more: