Football is a cruel game that gives us an enjoyable outlet to consume each week. While I enjoy writing these articles, I, along with everyone here at PredictionStrike, send my condolences and prayers to the Damar Hamlin family and hope for a speedy recovery. We have broken down the week 17 Sunday slate, but our thoughts and prayers are with the Hamlin family.

Oh, and check out our MERCH store here: https://store.predictionstrike.com/ ! Per your request, we've released some top-notch merch. There's a limited quantity and will only be around for a limited time, so make sure to get on it! 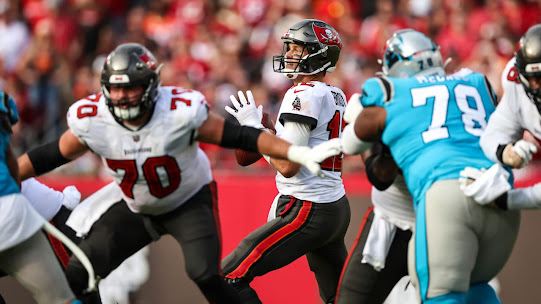 This game was a thriller that was almost lost at the last second. However, as is usually the case, Tom Brady ($12.22, 32%) was able to pull through.

What’s most interesting in this game was the splash report that Sam Darnold ($3.51, 17%) might have played himself into a short term extension with his play over this stretch. While Carolina wasn’t able to pull off the upset, I do believe that Darnold has redeemed himself a bit. It might be the fool’s gold we saw last year when the Panthers started 4-0, but he has shown us the flashes he always has and might warrant one final look. Though, he will likely be competing with an incoming rookie. After throwing for over 300 yards and 3 scores to the likes of Shi Smith ($2.35) and Tommy Tremble ($0.74) it is hard to argue otherwise.

As for the Buccaneers, I don’t know what will happen with Brady this off-season but there definitely appears to be rumors swirling of him headed elsewhere. Nonetheless, The GOAT has given Tampa Bay everything he has. Brady rushed for a score in this one along with playing mistake free football while throwing for over 400 yards and 3 scores to Mike Evans ($9.62, 64%) alone. Tampa has officially clinched the division and will likely look to rest their starters next week…and see if there is a one week seminar on offensive line play for the playoffs. 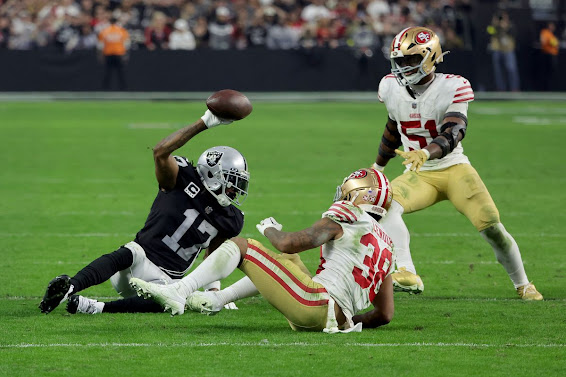 This wasn’t the game I thought we would get that is for sure. As they always say though, “on any given Sunday.” While San Francisco did win behind Brock Purdy ($1.69, 1%) this week, it wasn’t an easy feat.

Purdy was able to pass for almost 300 yards against one of the worst defenses in the league. Once again he was able to find George Kittle ($4.93) for a score along with Brandon Aiyuk ($6.41, 26%) but the story of this game relies upon one hero in my eyes for San Francisco.

Christian McCaffrey ($20.38, 13%) will go down as one of the best acquisitions of the season as he has been a workhorse since they lost Jimmy Garoppolo ($1.42). CMC carried the rock nearly 20 times for over 120 yards and a score while also nabbing 6 receptions for 72 yards. He is the stud we expected and definitely hasn’t lost a step. However, they indeed needed every snap from him in this one as Vegas gave them all they could handle.

With Derek Carr ($2.58, -1%) all but being cut by Vegas this week it would be easy for us to assume that this team would fall flat on their face. However, that wasn’t the case as Jarrett Stidham ($1.44, 44%) filled in admirably this week and was able to get this offense humming.

While Stidham threw 2 interceptions that were crucial errors in the second half, he was able to feed Davante Adams ($12.75, 29%) and Darren Waller ($3.36, 24%) often which accounted for all three of his scores. Part of me wonders if Waller is on the move this off-season along with Carr or not, but for this week he sure opened some eyes and proved he still has it.

Along with the three scores through the air we saw Josh Jacobs score another on the ground. In the end, the Stidham turnovers were the difference and it wasn’t enough, but it was a thrilling game that no one expected. 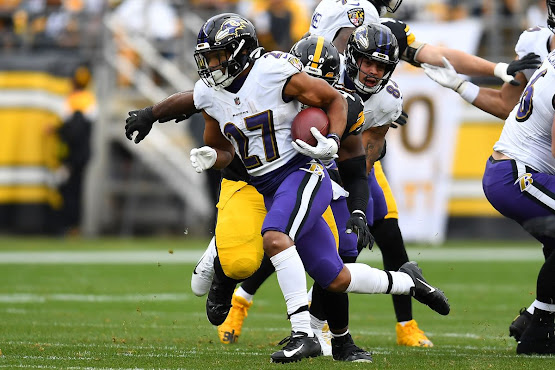 This is a game I didn’t expect to write about as the Steelers needed so much help to stay alive mathematically. However, thanks to Seattle Seahawk and Cleveland Brown victories the Steelers will live to fight another week with much more likely outcomes to happen than a Cleveland victory. I don’t know if Pittsburgh will make it in, but they’re an intriguing story headed into the final week.

Kenny Pickett ($2.15, -4%) and company didn’t exactly light up the score board on Sunday, however, he didn’t have to. In a game that turned out to be a defensive battle Pickett was able to throw for the go ahead touchdown in the final minutes of the hotly contested rivalry between the two squads.

In a game where neither Tyler Huntley ($0.84, -6%) nor Pickett threw for over 200 yards neither offense deserves credit for this win. JK Dobbins ($5.73, -1%) might be rounding into form however as we wrap up the season and head towards the postseason for Baltimore. Dobbins took 17 carries and nearly racked up 100 yards and has building up steam in recent weeks. While the Ravens were able to make headway on the ground, in the end it was the turnover battle that lead to the Steelers playoff hopes remaining alive for yet another week.

Thanks for joining us and reading all the way to the bottom! Make sure to give me a follow @DynastyMad, and let me know what you think. I'm looking forward to talking stocks and stories with you all every week! Until then, remember, if you send this link to a friend, you'll BOTH receive free shares when they deposit of $20 or more: