Happy New Year everybody! My name is Jalon Dixon, your friendly neighborhood NBA super fan and new Prediction Strike expert here with the weekly scoop on the biggest news across the association and how these things could influence Prediction Strike’s NBA Stock Market.

Denver Nuggets Center Nikola Jokic took a slight dip this week with a drop of -2.30% down to $25.34. Only a $0.60 decrease for the triple-double machine. He still has the 4th highest per share value in the NBA. Trae Young has also taken a slight dip of -3.87% down to $4.42. Young missed a game with a calf injury then came back and dropped 29 points against the Los Angeles Lakers. No worries needed for Ice Trae.

Oh, and check out our MERCH store here: https://store.predictionstrike.com/! Per your request, we've released some top-notch merch. There's a limited quantity and will only be around for a limited time, so make sure to get on it!\ 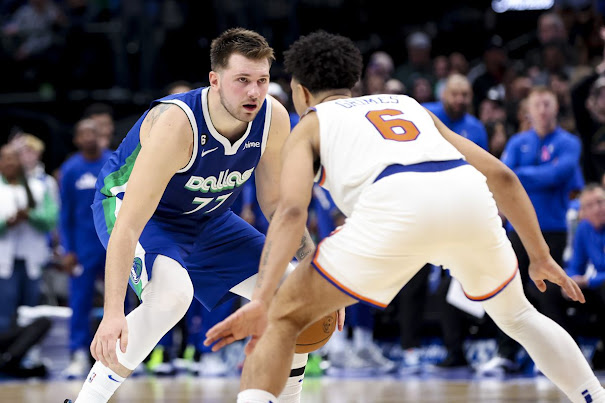 All Aboard the Luka Magic Rollercoaster

The talk of the NBA town has been all about the boy wonder, Dallas Mavericks point guard Luka Doncic (30.12%, $25.81). Over the last week heading into the new year, Doncic has been playing like a man possessed and making history in the process. Here all the feats that Doncic has accomplished in just the last week:

Did I mention that the dude is 23-years-old? Doncic is clearly a superstar and an All-Time great in the making. But the video game stat lines are quite literally starting to get out of hand. He is one of those players that just leaves you asking: “What is he going to do next?”

On the back of Doncic's historic run, the Dallas Mavericks enter the New Year on a six-game winning streak and currently sit 4th in the west with a record of 21-16. Last week I asked you guys “Why couldn’t Nikola Jokic go for the 3-peat?” Well Luka Doncic is quickly becoming the biggest roadblock that stands in his way. 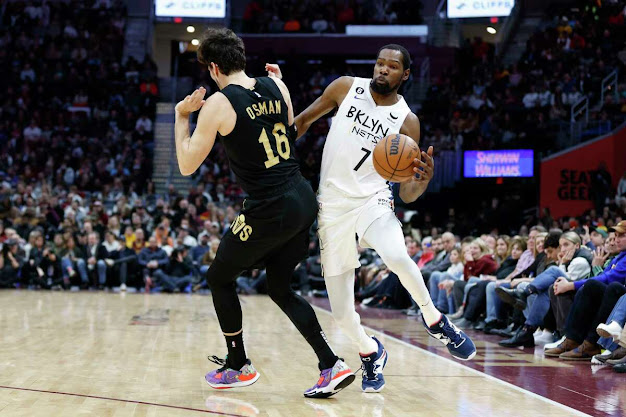 Doncic may have dominated the final week of December, but Kevin Durant (-1.97%, $9.91) and the Brooklyn Nets were unstoppable for the entire month.

The Nets are riding into the New Year on an 11-game win streak and only lost one game in the month of December. That makes them 12-1 over their last 13 games with their sole loss coming to the Boston Celtics back on December 4th. Mind you the Celtics currently sit atop the Eastern Conference with the best record in basketball (26-11).

If you want to go back even further, they are 17-3 in their last 20 games dating back to around Thanksgiving. This hot streak vaulted them all the way up to 2nd place in the East and they are tied with the Denver Nuggets for the 2nd best record in the league at 24-12.

A lot of this transformation can be credited to new head coach Jacque Vaughn, who has brought real stability to the Nets’ locker room. But there are three guys in terms of on court production that have really carried Brooklyn to this point.

So in spite of the high shot volume and even higher degree of difficulty on those shots, they have been two of the most efficient jump shot oriented scorers in the league this season. Their track record is a given.

Brooklyn is clicking on all cylinders and they are FINALLY starting to look like the championship caliber team that everyone has been anticipating since Durant and Irving’s arrival. 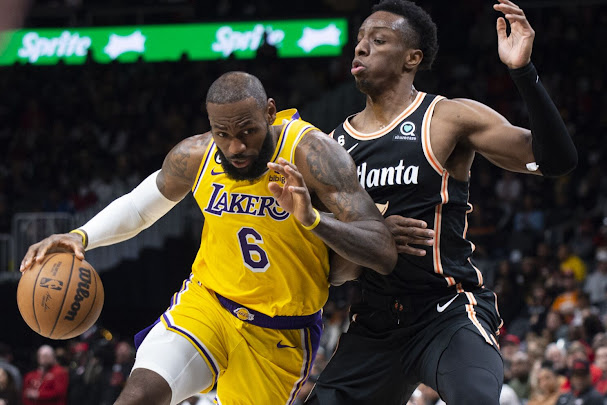 LeBron James on the Brink of History

With eruption in December, averaging 31.2 points a game, James inches closer to the ultimate scoring goal of passing Kareem-Abdul Jabbar. James is now 528 points away from surpassing Abdul Jabbar’s 38,387. On the trajectory that he is on, it will take about 20 games to accomplish the feat meaning it will most likely happen on February 9th during the Lakers big matchup against Giannis Antetokounmpo (+13.59%, $16.80) and the Milwaukee Bucks.

Although the Lakers have struggled with injuries and stringing together victories, we all know that this accomplishment is easily the biggest consolation prize in NBA history. Maybe even in sports history. Players, fans and media alike will all remember where they were and what they were doing when the graphic goes up stating that James has taken the top spot.

And what’s even scarier is that he gets to keep adding to it! We’re coming down the home stretch. The countdown continues!