What’s up, everybody! My name is Jalon Dixon, your friendly neighborhood NBA super fan and new Prediction Strike expert here with the weekly scoop on the biggest news across the association and how these things could influence Prediction Strike’s NBA Stock Market.

To kick things off, let’s look at how my top players to watch from last week are performing. All-star guard Ja Morant’s stock has quickly tanked over the last week dropping by 11.58% down to $13.77. On the other hand, his backcourt running mate Desmond Bane has been a high riser as his stock is up +13.28% to $3.64. Lastly is Steph Curry who has eased his way back onto the floor and has seen a slight increase of +1.89% up to $18.20. 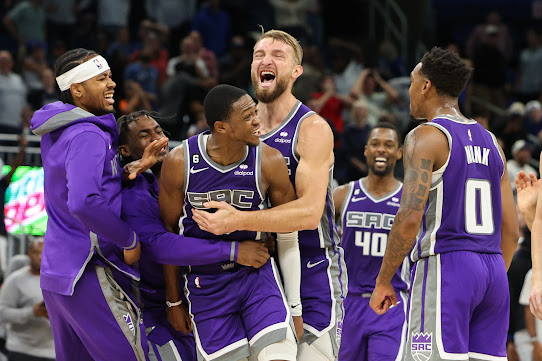 Who would have thought that by the midway point of the season, the Sacramento Kings would have the third-best record in the Western Conference? The Beam Team is 26-19 so far on the season, and before falling on Saturday night to the Philadelphia 76ers, the Kings were on a six-game winning streak.

There have been plenty of surprising teams this season between the hot starts for the Indiana Pacers and Utah Jazz or the recent ascension of the Oklahoma City Thunder. But Sacramento’s sustained success this deep into the season might make them the most surprising amongst the group.

The one-two punch was a combination that many were not fond of because it sent Tyrese Haliburton to the Indiana Pacers. However, this may turn out to be one of the best win-win trades in NBA history. Sabonis has helped unlock this Kings’ offense by acting as the team’s lead rebounder and facilitator, allowing their scorers to fire at will. Fox is playing more up-tempo and downhill, allowing this team to get out and run, which has helped this team thrive more in the transition game.

With the acquisitions of guys like Kevin Huerter (+9.16%, $6.47),  Malik Monk (-9.82%, $1.19) and even acquiring rookie Keegan Murray (+12.14, $3.21) in the 2022 NBA Draft, Sacramento has surrounded Sabonis and Fox with high-volume, efficient shooting that has opened the floor wide-open for the duo to cook. This team is finally built like a competent basketball team and producing excellent results.

Dating back to the start of the 2010s, the most wins the Kings have had is 39 wins back during the 2018-19 season. With just under 40 games left of the regular season, the Kings could eclipse and even smash that regular season record. Sacramento is in hot pursuit of breaking their 17-year playoff drought and between the way these guys are playing and all the influx taking place in the West, they have a real shot at doing so.

The Sixers currently sit second in the Eastern Conference with a record of 30-16 while having one of the top defenses in the league right now. Philadelphia has the third-best scoring defense (110.2 points allowed) and the 4th best defensive rating (111.4) while holding opponents to only 34.1% shooting from three (the lowest percentage allowed in the league).

Head coach Doc Rivers has made a name for himself by overachieving with undermanned and star-less teams, but in a chaotic season like this one with so much parity, this might be some of his best work. Now it helps to have the league’s second-highest per-game scorer in Joel Embiid, who is averaging 33.6 points, 9.8 rebounds, 4.2 assists, a steal, and nearly two blocks a game. But for a team with so much offensive firepower amongst their top-heavy roster, the buy-in defensively has been the turning point for this Sixers team.

Having guys like De’Anthony Melton (-3.96%, $0.70) and Shake Milton (+6.17%, $0.58) flying around as aggressive perimeter defenders alongside P.J. Tucker (-7.74%, $0.25) whom Rivers can stick on opposing teams’ best scorers for stretches has been big for them. Of course, Embiid himself is no slouch as the anchor of this defense and should be considered a real candidate for the Defensive Player of the Year.

Philadelphia is not necessarily safe at the two-spot in the East when factoring in that the Milwaukee Bucks, Brooklyn Nets, and Cleveland Cavaliers all sit about a game or two back of them. But the Sixers have solidified themselves as a legit top-6 lock to make the playoffs.

The real question is whether or not Embiid and Harden can get past playoff blunders in a season where things are arguably as wide open as they have ever been. This team has the talent and the potential matchup equity to go toe-to-toe with any team in the East. The talent is there, but you could argue that Philly has had the talent to be a title contender for the last three or four seasons. For this team, it’s going to come down to intangibles more so than talent. 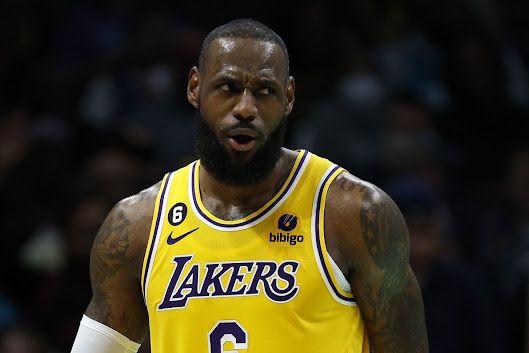