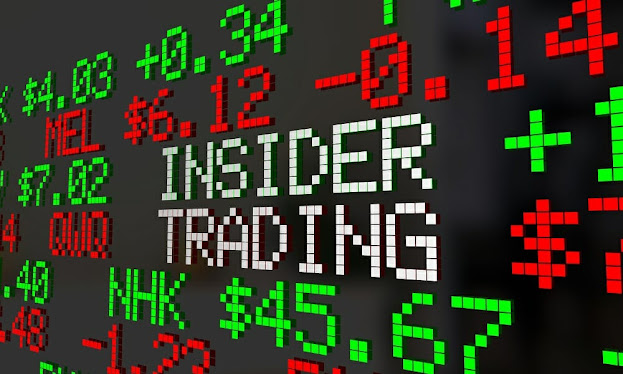 Quick housekeeping: You can STILL become a PS Black Member TODAY. With the membership, you can get access to special features all throughout the platform. And separately, we’ve released a limited amount of high-quality, branded hats, hoodies, and t-shirts. You can find that, and a promo code, here https://store.predictionstrike.com/!

Before I introduce this week's insider, let's take a second to reflect on yesterday's games. J-E-T-S, am I right? And shout out to Cooper Rush (+2%, $1.39)! I don’t know how big Prescott’s shoes are, but I think they fit Cooper just fine. Oh, and it turns out the Lions and the Jaguars are maybe really good? Time will tell, but what a time to be alive if you’re a fan of the NFL. And to think, this week isn’t even over yet. We have a star-studded double header tonight for Monday Night Football, including a NFC juggernaut matchup between the Minnesota Vikings and the Philadelphia Eagles. I don’t want to get ahead of myself, but this could be an NFC Championship game preview, so it only makes sense to pick one of these two teams to interview. We did a Vikings Insider last season, so it's only fair to spread the wealth across the NFL landscape. So, without further delay, let's introduce you to this week's Eagles Insider, Michael Ramos! Michael is the creator and host of, “The Philly Talk Podcast,” and YouTube Channel. You will hear Michael talk all things Eagles and 76ers, and we will make sure to ask about both today. Make sure to read carefully, and adjust those portfolios accordingly! Let's get after it! 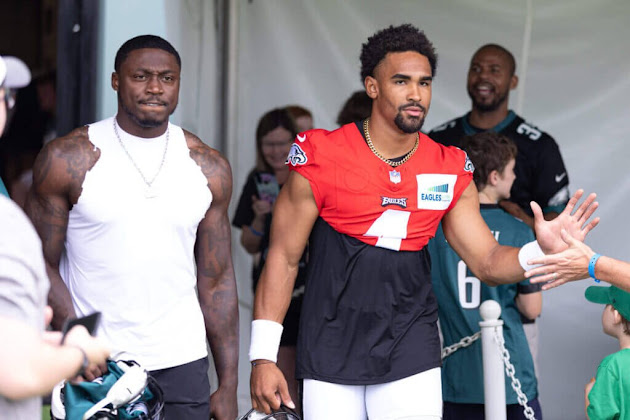 Alex: The Eagles are coming off of a 38-35 win over the Fightin’ Dan Cambell’s, aka the Detroit Lions. If you ask me, the final score is a little misleading with a lot of garbage time points for Detroit, leading to an all together impressive first outing for the Eagles. From your perspective, was there anything that caught your attention during week one?

Michael: The main thing that stuck out to me was how bad the Eagles got gashed vs the run, so consider that when adding to your portfolio throughout the season. As for a player that stood out offensively, it would have to be AJ Brown (+4%, $3.23). The question coming into this season was how can the number one rushing team continue to dominate in the trenches, while simultaneously feeding AJ Brown and Devonta Smith (-21%, $2.39)? We are all still wondering how Smitty is going to fit into this offense, but 10 catches for 155 yards shows AJ Brown will be the focal point. Great pickup for the Eagles, and will be a great pickup for anyone's portfolio.

Alex: I think it would be malpractice if we didn’t carve out time to talk about Jalen Hurts (-1.5%, $2.64). One of the most talked about players going into the 2022 season, and it shows with his pre-season stock price fluctuation. Over the past three months alone, Jalen’s stock price has gone up over 74%, almost entirely due to users buying into the hype! His projection at the time of writing sits at 21.7 fpts. I’m sure you are confident he can beat that projection! For those users who might not have bought into the hype, can you explain to us why Jalen is a week in and week out fantasy point producing machine?

Michael: I mean did you see his production last year while he had minimal weapons? Not to mention he was still learning a new offensive system. It was great, especially from a fantasy point of view. Now he has a loaded roster, so expect his passing accomplishments to increase, all the while his rushing to stay constant. If last week was a glimpse into the new and improved Jalen, we are in for a treat.

Alex: As an Eagles insider, you know all the wonderful pro’s that come with this high-powered offense, but you also know the not so pretty cons that might be apparent on the defense. Sometimes the biggest fans can be the most honest critics. The Vikings proved to us that they are a more than capable offense in week one. In your opinion, what weakness on the Eagles defense could the Vikings exploit? And Furthermore, what player on the Vikings might be a profitable investment for this matchup?

Michael: As we saw week one, the rush defense doesn’t look very good, so I’ll definitely have my eye on Dalvin Cook (+4.5%, $5.70). The Eagles pass defense was okay, although the Lions had an answer for that.  Goff was instructed to get the ball out his hand fast. Real fast. Like, the fastest in week 1 averaging 2.47 seconds between snap and when the ball was released. That’s due to the way we play off coverage. Justin Jefferson is going to be a guy that will get involved no matter what you throw at them. If we continue playing off coverage and zone coverages, Justin Jefferson (+29%, $14.03) should find mismatches and gaps in coverages. Looking over the tape, the Vikings motioned Jefferson 7 times in week one. In plays where he was motioned, Kirk threw it to him 6 times. Conversely, the Vikings motioned the rest of the pass catchers a total of 16 times and threw to them only twice! Needless to say, Jefferson is a weapon!

Alex: I know football season JUST started, but NBA basketball will be here before we know it. I know you are a big 76ers fan, so let me sneak in a quick season long basketball question! Over the past calendar year, Joel Embiid ($14.63) has eclipsed a return on investment of over 123%. He currently sits at $14.63 a share, but at one point last season reached as high as $25.00! If he can stay healthy for the majority of the season, can you see him reaching $30 a share, roughly a 100% return on investment?

Michael: Yes he will!! Last year he was runner up for MVP (should have won) however the team was going through soooo much with the Ben Simmons ($2.50) drama, and he still was able to ball. This year Harden ($4.09) will be here for all 82, so to speak. He’s a guy that can get the ball to Joel Embiid. Say what you want about Harden's scoring, but his assists are still there which helps Embiid. Lastly, this team is all around better for Embiid with them having guys who can spread the floor giving him more room to work in the mid range, and in the post. Buy the future 2023 MVP shares NOW!!

That's it everyone! All this football, I kind of forgot basketball is right around the corner, but the gains don’t lie. I might be an Embiid investor this coming season. Thank you again Michael, and thank you for all the insight on all things Brotherly Love sports. Everyone make sure to give Michael on all his socials, on twitter, @Philly_Mike25 and on IG @phillytalkpodcast, especially if you are a fan of Philly sports. And please give The Philly Talk Podcast a listen for all the insight on athletes you want to invest in from Philadelphia. Podcasts can be found wherever you find your favorites, but YouTube might be the easiest. I wish everyone a profitable evening tonight, and don't forget about Dana White’s Contender Series tomorrow night. We have an undefeated SEVENTEEN-year-old making his DWCS debut tomorrow, and the return of Bo Nickal next week. Keep those portfolios diversified, and keep making that money.