- August 31, 2021
Pour your coffee, take a seat, and pull your phone out. It's time to check your portfolio.
Welcome to another edition of PredictionStrike's Weekly Update, where we'll break down some of the most interesting storylines, talk about the biggest & best performances, and try to tie it all back to athletes' stock prices and how we should be viewing the markets. 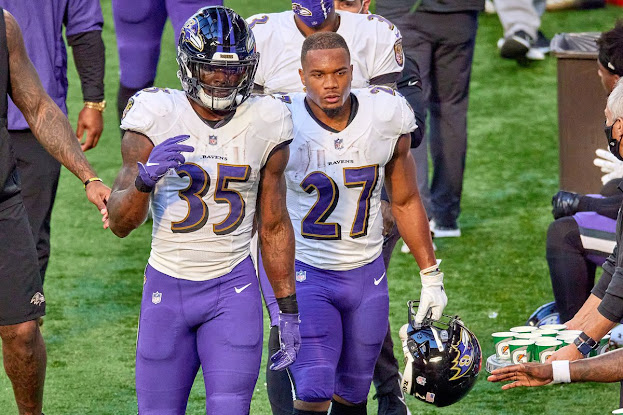 Death, taxes, and pre-season injuries that change everything a team thinks about the next 4-6 months. I mean, this was the LAST weekend of preseason. Could we not have wrapped everyone in bubble wrap? Maybe thrown flags on the guys’ waists? Practice some extra social distancing? C’mon, Goodell. I’m doing your job, man.
Analytics will tell you to devalue running backs for a million reasons, #1 being that you can replace their value rather easily. But still, when an RB1 goes down, we all go into panic mode. There's value in a sure thing, in confidence, and in continuation. Finding that next guy up in theory is doable, but in practice, it's much more difficult. That said, if you can find those guys, while team will stay afloat, your portfolio might fly. Let's talk about some of the highest profile injuries over these past couple weeks, pay our respects, and try to predict the future. First up:

Let me tell you, I was excited as anyone for JK Dobbins ($5.33/share) sophomore season. In his rookie campaign, Dobbins went for 805 YDs on 134 carries, & 9 TDs. Per Ebony Bird, his avg 6YDs per carry was the 2nd highest for a rookie since 1970, and his 7 consecutive games with a rushing TD was the 2nd longest streak by a rookie in NFL history. Dobbins was expected to get an increased workload this season, and it’s the bummer of all bummers that we don’t get to see that come to fruition. Nonetheless, he’ll be back in Year 3, and until then… Gus Edwards ($1.71/share), arguably one of the best backup running backs in the game will slide into the RB1 slot. The truth of the matter is that Edwards was going to get his touches anyway, and now it'll simply be a higher volume. Yahoo Sports points out that in each of the last three seasons, Edwards is one of only 6 RBs to total 700+ rushing yards… putting him in the company of Ezekiel Elliot ($4.94/share), Aaron Jones ($17.59/share), Nick Chubb ($8.42/share), Derrick Henry ($42.23/share), and Alvin Kamara ($5.58/share). Edwards might not have the pass catching skills that some of these guys have, but he’s only going up from where he stands now. We’ll be rooting for Dobbins in the long term, but Edwards is one hell of a draw for the time being. 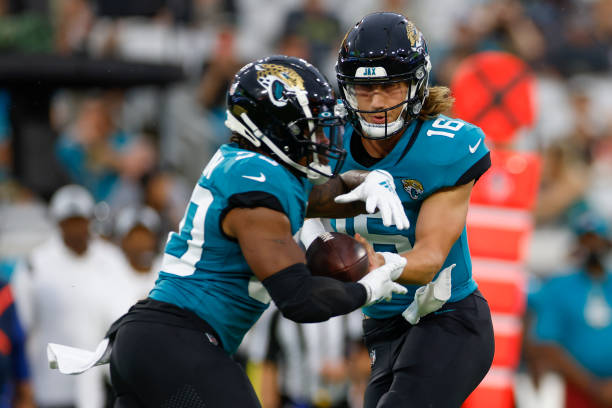 Etienne was one of fantasy twitter’s favs, even before Day 1, so it was as equally as heartbreaking as it was initially exciting when he went down with a foot injury last week, effectively ending his rookie season. In their first game since losing their lead back, the three backup RBs on the Jaguars, James Robinson ($1.71/share), Carlos Hyde ($7.52/share), and Dare Ogunbowale ($1.40/share) didn’t give us much to chew on… like the writer of this email expected… in total combining for just 6 carries. Regardless what they didn’t show us this weekend, James Robinson is the clear RB1 for the team. Per ESPN, he’s coming off his rookie season in which, through only 14 games, he rushed for 1,070 YDs and 7 TDs, plus 49 catches for 344 YDs & three more TDs. Betsided points out that, although its still a stretch… Robinson’s odds to lead the league in rushing have SKYROCKETED since Etienne went out, up from +20k to +5k. They are 100% correct that its still a longshot, but Robinson really does have a shot to surprise people, even still. Urban Meyer has been singing Robinson’s praises all preseason, and his combination of tackle-breaking strength and quick vision have him well poised to take advantage of a much improved offense with Lawrence at the wheel, and an at least somewhat improved O-line. Etienne going out sucks, but it doesn’t mean the Jags don’t have a ton to be excited about this season. With Robinson, we don’t get the always-fun college QB-RB reunion, but we do get a young back with a TON of potential next to the generational QB, both ready to maybe take some BIG steps this year. Don’t let the injuries get you down, too. There’s still tons of potential to find.