Welcome to another edition of PredictionStrike's Weekly Update, where we'll break down some of the most interesting storylines, talk about the biggest & best performances, and try to tie it all back to athletes' stock prices and how we should be viewing the markets. 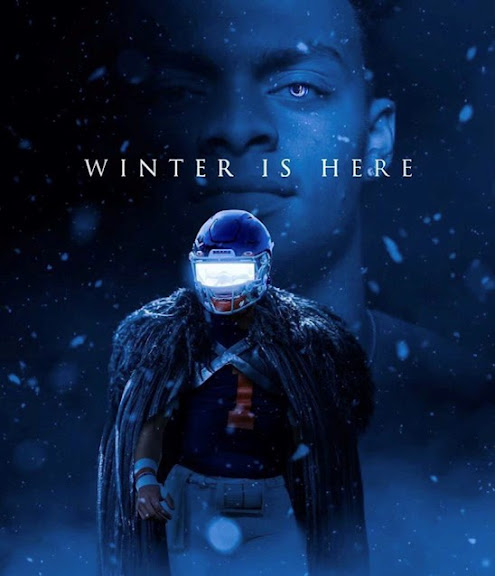 First and foremost, Justin Fields ($6.27/share). I have no idea who made this graphic, so, apologies for not giving credit. But if you live in nerd corner like I do, you bought ALL the way in as soon you saw this ridiculous graphic.

Did we hype up Justin Fields maybe more than he deserved simply because he's on the Bears, and because the bar for competent QB play is on the floor? The answer is yes, and that's OK, because Fields showed up and showed out regardless. Fields completed 14/20 for 142 YDs and a TD, running for an additional 33. Assuming none of his will blame him for a slow start, he ended up showing impressive flashes of pocket control, the mobility was as advertised, and he adjusted to the (subpar) Miami defense in what was an at least encouraging display of in-game awareness. He wrapped up his night saying the game looked "kind of slow" to him. You can react like most of Twitter, and tag @OldTakesExposed, or you can react like Tony Romo, and take it as a signal that this is a sign of impending greatness. I'll leave that up to you.

It wasn't all perfect, but fans of the Bears, fans of young/fun/mobile QBs, and fans of Game of Thrones, all have something to look forward to. 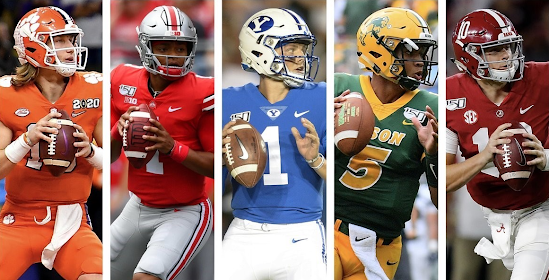 Despite making a big deal about Fields, I'm not going to make a huge deal about the other QBs. After all, that's what preseason is about - picking and choosing what we want to overreact to. But let's go through the rest of the pack:

Trevor Lawrence ($8.17/share): The takeaways from Lawrence's debut were more on the Jaguars than they were him. He faced a ton of pressure (especially off the edge), took a couple sacks, and was forced into a sack-fumble. Still, the anointed one made a number of highlight-reel passes and flashed a strong connection with vet Marvin Jones ($16.61/share). If the two can build on that, it'll make the backfield options even stronger next to Laviska Shenault ($3.30/share) and DJ Chark ($3.68/share) when he's fully recovered from offseason surgery.

Zach Wilson ($5.96/share): Good, we think. Wilson played barely over a quarter of football, and Saleh had the offense run the ball 11 times out of 20 snaps with Wilson on the field. Of the 9 throws he made, Wilson completed 6, for a total of 63 yards. It was a very get-your-feet-wet type of debut, and if he did one thing right, it was NOT giving Jets fans a reason to freak out. Sure, it was backup defenses on the field, but Wilson found himself with plenty of time in the pocket, and was able to complete an impressive 3/4 3rd down passes. We didn't learn much, but the only way to go is still up.

Trey Lance ($5.54/share): Just like his pre-draft expectations, Lance's first game was a bit of a roller-coaster. It wasn't perfect, but Niners fans fell asleep and woke back up watching the 80YD bomb to Trent Sherfield ($0.65/share) over, and over, and over again. Most exciting about that play is that its the exact type of throw that Jimmy G ($2.65/share) can't make. And while its clear Lance is poised to the take the QB1 position soon, the relatively low completion rate and some of those raw characteristics we were promised showed through, and assured Shanahan that holding onto the vet was the right move for the time being. If you're buying Lance, you have EVERY reason to be optimistic, but you might have to watch a bit more Jimmy before the returns start raking in.

Mac Jones ($3.32/share): Whether or not you think Mac Jones should start over Cam Newton ($5.93/share) has more to do with your opinion on Cam Newton than your opinion on Mac Jones. Washington's defensive star in Chase Young took down Newton on his first possession, but didn't necessarily ruin his night. Newton was fine, but looked closer to the QB he was last year, as opposed to the the QB that fans hoped the Pats signed early last year. Not too long after that unsuccessful drive, Belichick swapped in his FRP, who ended up going 13/19 for 87YDs. Neither ended up being perfect, but Jones seemed poised and capable, hitting a few relatively deep passes that it seems we don't expect Newton to be able to make anymore. With a tough schedule to start off the season, it'll be interesting to see who the coaching staff trusts to start it off... or who they'll throw to the wolves before easing into the winnable part of the schedule.