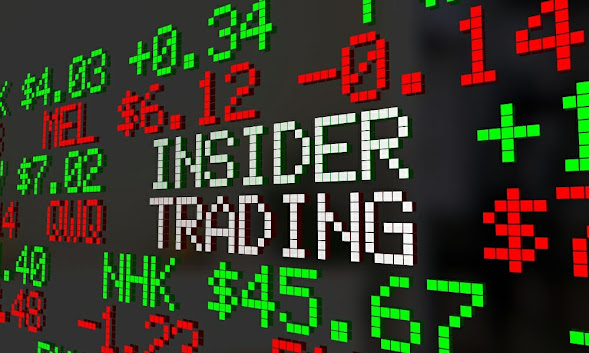 Happy Monday morning everyone, and welcome to a special MNF “Insider Trading” article. Three articles in the last five days… I hope you aren’t sick of me yet, because we are just getting started! The football season is early, and there is money to be made, so expect a whole lot more BCPS and Insider Trading. Today’s article is going to focus all around the Green Bay Packers, who, shocker, play tonight! Before we talk Pack, let's touch on the weekend that was. Like every weekend, we had our ups and down. I’m not afraid to admit I have tons of Zach Wilson (-15%, $5.30/share) in my portfolio. And before someone panic sells one of the rookie QB’s, remember, its only the second week of their entire career. Odds are they will play better eventually, at least I hope so. And separately, if you read the Friday edition of BCPS, you know I wrote an opinion piece on Elijah Mitchell (-10%, $1.09/share), and all future stocks like him. If you didn’t read the piece, I suggest you take a second and read it (here). I advised that the hype around him might be a bit overdone, and that shareholders sell before the game to lock in the ROI. The fan and PredictionStrike community alike got extremely excited and expected the world of him, such that he just couldn’t live up to it. At kickoff, his share value was $1.35/share, roughly a 35% increase in less then a week. By the time of writing this article Sunday night, his stock price is all the way down to $1.09/share. Brutal. Remember, PredictionStrike is more than an extension of fantasy football. It’s an investment tool, and there are tons of factors we have to consider outside of what we traditionally do. Anyway, let me get off my soapbox. You are here for stock talk! Like I said, today’s article will be focused on the Green Bay Packers, and to help me out, we have the one and only Pack Daddy, aka Ryan Schlopp. Ryan is the host of the Packernet Podcast, a daily Packers podcast covering a range of Packers content, NFL news, and draft coverage. He literally talks about the Packers every single day. Think about that. He probably knows more about the Packers than Brian Gutekunst… but really, how hard is that. We will cover a lot in today's article, but make sure to check out “The Packernet Podcast,” and packernet.com. Besides the podcast, there are tons of blogs, up to the minute news, and even a “Find a Packers Bar,” tool. At the very least, make sure to follow Ryan at the official Packernet twitter and Instagram accounts. So, without further ado, I bring you “The Pack Daddy!” 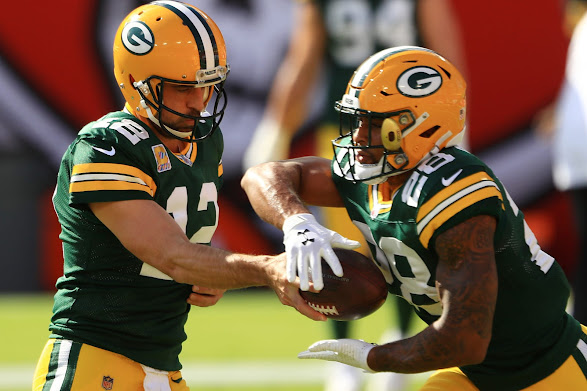 Alex: The first and most prominent question is almost always going to be about the quarterback. Last year Aaron Rodgers (-15%, $9.68/share) won the MVP of the league. After week one, he qualified to be the MDP (Most Disappointing Player). Tell me why shareholders should or should not be worried.

Ryan: Well like most things the truth is somewhere in between. The odds of Rodgers repeating last year, which was not only arguably the best we’ve ever seen Rodgers play, was always slim. On the other end, not even the worst QBs play as bad as Rodgers did for a full season.

The question really is, what is Rodgers? At the end of the day last year worked because he’s now been placed in a QB friendly system, stacked with talent, and is a great QB. There’s no reason to panic except one: did Rodgers check out? That’s the only thing that will throw a wrench in things.

Alex: Another Aaron to worry about is the running back; Aaron Jones (-15%, $7.51/share). He has a high projection of over 18 fpts. Is that something we should target against a weak Lions defense, or something to ignore until further notice?

Ryan: There are several complications for Aaron Jones. The biggest is that this offense is all about rhythm. Once they find it, they roll with that it until the game is won. Last year you’d have games won on the back of Jones, sometimes it’s Davante (-12%, $9.43/share), sometimes it’s Lazard (0%, $2.42/share). There’s every reason to believe after last week they’ll want to establish the run but if it isn’t working they won’t be scared to put it in Rodgers’ hands and let him just go eat.

The other complication is AJ Dillon (-10%, $1.17/share). The Packers paid a lot of money to Jones and want to use him a ton but again it’s about the hot hand. Last week they couldn’t move the ground with anyone but Dillon. If that trend continues the Packers will have to at some point recognize that Dillon is the hot hand and run with it.

Alex: You are a Packers expect, which means you know all the good, the bad, and the ugly. The Lions are definitely not the belle of the ball, but they have the weapons to potentially make shareholders some money. Are there noticeable holes in the Packers defense we should exploit? Long story short, what Lions players should we key in on to take advantage of the Packers defense?

Ryan: Easiest question of the day! The Packers biggest weakness is the Lions biggest strength. TJ Hockenson (+26%, $1.85/share) is a man among boys as a TE and the Packers LBs are a hodgepodge group of UDFAs and veteran castoffs. No question the Lions will be going after them with Hock.

Alex: Last, but certainly not least, our favorite question. If you had to risk it all, and invest everything in ONE PredictionStrike stock for the remainder of the season, who would it be and why? You can pick a Packers player if you want, but feel free to venture out into the entire league.

Ryan: I am tempted to go with Dillon (I did buy some Dillon stock). People don’t realize the potential he has. He’s maybe the most athletically gifted RB in the NFL pound for pound. He’s a slightly more athletic Derrick Henry (+47%, $27.76/share). Not to mention, Henry was a backup in the NFL for years until Matt LaFleur took over as the Titans OC and showed the world Henry’s true potential. Beyond that, Dillon has played 1 true game as a starter. It was against the Titans. Everyone thought Henry would be the star but Dillon stole the show rushing 21 times for 124 yards and 2 TDs. If they ever make Dillon the workhorse back or if something unfortunate were to happen to Aaron Jones, Dillon has sky high potential.

I truly hope you guys are enjoying these Insider Trading interviews as much as I am! So insightful coming straight from the source. Thank you once again to Ryan for helping us out, and I don’t know about everyone else, but I am getting some AJ Dillion for the long haul. Please, everyone go check out The Packernet Podcast, the website, and follow Ryan @Pack_Daddy. Give him a big follow, and show him some PredictionStrike love! That is it for me today, but I will be back later this week. Until then, I hope you enjoy the game tonight, your portfolio is green, and you have a fantastic week!
Happy trading,
Alex True