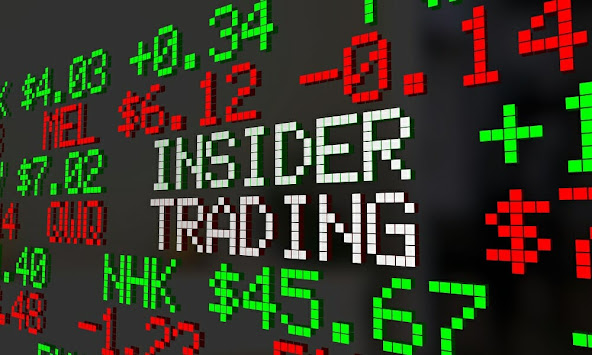 Good Morning everyone, and welcome to another installment of Insider Trading! It is a beautiful Thursday morning, but all I can think about is Thursday Night. It is so nice to be back in the routine of football on TV three nights a week, and boy did we have a nail bitter Monday night. If you are a Bryan Edwards (+8%, $1.12/share) shareholder, of whom I know several, you had to be sweating that ENTIRE game.  Here is a fun fact. Bryan Edwards didn’t score his first fantasy point until there was 37 seconds left in the game, and STILL managed to his projection and go up over 8%. If only he crossed the goal-line on that long pass in overtime…

So many great weekend storylines we could discuss, but today is just simply not the time. Instead, we have to focus on the here and now, and right now it’s time to prep for Week 2! That starts with Thursday Night Football’s division rivalry game between the New York Giants, and the Washington Football Team. We can only discuss one team in this format, and considering one team had a dramatic change at quarterback, we are going with the WFT. Here to help us out, and give his wealth of knowledge on all things Burgundy and Gold is David Harrison. David is literally a swiss army knife when it comes to professional football coverage. Not only does he host the “Locked on WFT” podcast, for the Locked On Podcast Network, he also writes on topics all things WFT for Sports Illustrated’s FanNation. If that wasn’t enough for you, David brought his expertise down to the Sunshine State, where he hosts the “Locked on Bucs” podcast and is a Bucs Staff Writer for SB Nation’s Buc Nation. I’ll be honest, I can barely keep track of the two little articles I write, so I can only imagine the mental gymnastics David does on a daily basis keeping track of two podcasts, two writing gigs, and two completely different cities. Despite the busy schedule, this guy Knows. His. Stuff. His insight over the next couple questions led me to confidently buy shares of players for tonight’s game, and I am sure you will feel the same. Without further ado, I bring you David Harrison! 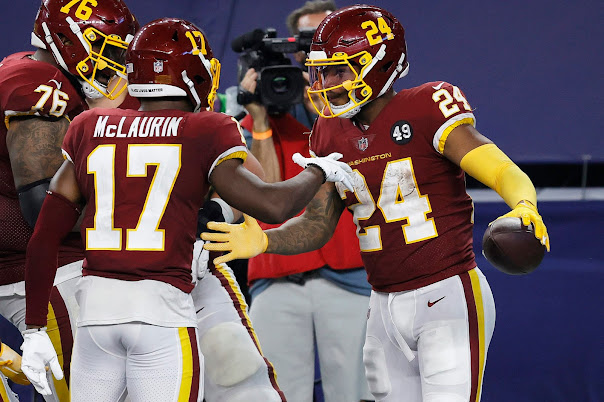 Alex: Obviously the first question has to be centered around the QB. As everyone should know by now, Ryan Fitzpatrick (-15%, $1.58/share) has been placed on the IR after taking a massive hit on Sunday afternoon… *Insert old man hurts hip after falling joke here*. Coach Rivera now turns to Taylor Heinicke ($1.07/share) to lead this offense tonight against the New York Giants, and for the foreseeable future. Savvy PredictionStrike investors historically do well when investing in back up players who are elevated to starting roles. This tends to be due to the low projection coming out of the gate, and Heinicke fits the mold with a 15.71 fpts projection for tonight's game. Tell me why I should be loading the boat with Heinicke stock, or if you think it's a trap, and avoid it all together.

David: The success of Taylor Heinicke after taking over starting quarterback duties is going to spell out whether or not the Washington Football Team is ultimately victorious in Week 2. In just one half of football, really, Heinicke scored just over ten points in many fantasy football formats and did so against a Los Angeles Chargers defense generally considered to be better than the one he’ll face tonight. The offense is going to look to get Terry McLaurin (-9%, $1.87/share) going earlier than they did last week, and Logan Thomas (+2%, $7.12/share) factors to have a big day as well. Of course, Heinicke’s mobility is also an ‘X-Factor’ especially down in the red zone where an over-committed Giants defense could open the door to a rushing score chance for him. 15.71 is a reasonable mark to think Heinicke can reach, even with a short week.

Alex: I was surprised to see Antonio Gibson’s (-6%, $2.58/share) name on the injury report this week with an apparent shoulder injury. One would think he would be leaned on heavily in the game script tonight, both in the backfield, and as a receiving target. Should this injury be a concern to potential investors? If not, how significant of a role could Gibson see tonight?

David: I’ve seen and heard nothing to suggest Antonio Gibson should be hindered in his role with the Washington Football Team offense up to this point. In fact, he was a full participant in both Tuesday and Wednesday’s practices with no concerning status listed on the final injury report. I wouldn’t necessarily expect him to have 25 touches for the second-straight week, especially if the team can get McLaurin and others more involved early on, but he’ll get his fair share of opportunities, and a stretched out Giants defense figures to provide some opportunities for big plays from Gibson.

Alex: Let's move our attention to someone a little off the radar in Dyami Brown (-15%, $2.84/share). I personally thought week one against the Chargers was going to be Dyami’s breakout game, and make him a household name. One catch for -2 yards, and a -15% stock plummet is not what I personally consider a “breakout moment,” but I am still holding my shares! His projection is even lower for tonight's game, sitting at just 7.27 fpts! Does week two have “Breakout performance” written all over it?

David: The fact Dyami Brown was targeted four times, tied for second-most on the WFT offense, shows how much Scott Turner and the quarterbacks are trying to get him involved. That said, he’s still a rookie, so there are going to be up and down games. If you’re investing in Brown, you’re playing the long game, and I’m incredibly confident in his abilities and how his role will grow during the season and beyond. I’d think the Giants defense will try and shadow, or ‘spy’, Heinicke more than they would with Ryan Fitzpatrick who is mobile, but not as mobile. This should help open up some intermediate and underneath routes for Brown, and Heinicke will be looking there if he needs to as they try to protect possessions all night. And of course, Brown is a big play waiting to happen meaning you could surpass the 7.27 points in just one play, which makes him a very intriguing option for investors looking for buy low opportunities. I don’t know if ‘breakout game’ is what I’d expect, but it could happen, and there’s at least a solid role carved out for him to get some opportunities to impact his team’s first primetime game of the year.

Alex: Last, but certainly not least, our favorite question. If you had to risk it all, and invest everything in ONE PredictionStrike stock for the remainder of the season, who would it be and why? You can pick a WFT player if you want, but feel free to venture out into the entire league.

David: Honestly, I like Justin Fields a lot. I feel like the Chicago Bears would be starting him now if they truly wanted the quarterback that gives them the best chance of winning, so there’s a golden opportunity to get in before the price skyrockets on a guy like this. But, since it’s my first time sharing some thoughts here I’ll give a Washington Football Team player to look at, and that is going to be the guy we’ve just talked about in wide receiver, Dyami Brown. Again, it’s a long play, so it’s the kind of investment you buy into and leave alone for a while. Years even. Which is tougher than it sounds for a lot of people, but if he hits, it’ll be well worth the wait.

There ya have it folks. Great insight once again from one of the industry's best. If you want more in depth analysis about the WFT and the game tonight, I strongly implore you to check out the “Locked on WFT” podcast. If podcasts aren’t your thing, then you have to check out the fantastic articles David and his colleagues churn out on Sports Illustrated. Last but not least, make sure to follow him on Twitter, @DHarrison82. You will find great content on not only WFT, but also the Tampa Bay Buccaneers. A little two for one special! If you haven’t already, make sure to follow me at @ChipsStocks for all your PredictionStrike insights! Enjoy the game tonight, and I will see you sooner than you might think!