- September 08, 2021
Pour your coffee, take a seat, and pull your phone out. It's time to check your portfolio.
Welcome to another edition of PredictionStrike's Weekly Update, where we'll break down some of the most interesting storylines, talk about the biggest & best performances, and try to tie it all back to athletes' stock prices and how we should be viewing the markets. 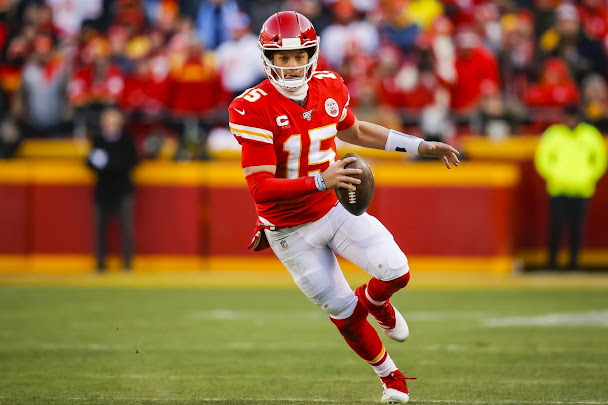 It feels like Monday, but its Tuesday. Any other week that'd be good news. But this week? It's GREAT news, because the NFL comes back on Thursday, so we're only TWO days away! I'll leave it to our good friend Alex to give you some more individual stock picks going into this weekend's slate, on top of the 6 money makers he threw your way last week, and use this opportunity to put the season in context. How will I go about that? With some good 'ol MVP predictions.
But quickly, before we do that - let's remember one specific way, in the easiest way possible, that people often make money on PredictionStrike. They’re RIGHT when everyone else is WRONG. If you can look at what everyone else thinks of a player, turn around, and predict that they’re going to overperform… you can make money. Of course, that’s only one aspect of what you’re able to do here on PredictionStrike, but keep it in mind as we go through the betting favorites for MVP. If you agree, disagree, or just have some unique opinion, consider that you might have something the rest of us don’t. And now…

Per NJ.com and BetMGM, Patrick Mahomes starts the season as the prettyyyyy heavy favorite for this year’s MVP, at +600. Ten years from now, we’ll look back and likely see that this was the case for a lot of these years. If you bet Mahomes to win MVP at least once anytime within a 3-5 year radius from 2021, you’ll almost certainly cash in at LEAST once. But let’s consider why this year might be different…

This year, per NumberFire, Mahomes is projected to put up 5,200 passing YDs, 39 pass TDs, 308 rushing YDs, and 4 rush TDs. Since becoming the starter for his squad, he leads the league in almost all of these categories, and is coming off his career year in completion percentage and TD/int rating. He came just short of winning MVP last season when the Chiefs coasted through the last portion of the regular season, failing to cover and leaving us wondering if they really could go all the way (spoiler alert – they did not). Was it Mahomes’ fault that his team couldn’t block for him? That he was playing through injuries? That it was written by the timekeepers that Brady would win a ring in his first year away from New England (shout out to my Marvel fans who get that reference)? Probably not. But the oddsmakers seem to think he’s going to reclaim his throne this year. Why’s that?

It’s actually not that hard to imagine. The Chiefs greatly improved their offensive line, which was one of the main reasons the Bucs steamrolled them in February’s Super Bowl. They had opt-outs and injuries galore on the O-line last year, and on top of getting those guys back they had a very solid draft and just-as-solid free agency to shore things up. They’ll take some time to really gel, but given how good Mahomes was with such a subpar line last year, it stands to reason he’ll make do until that time passes. Separately, many around the league seem to think we’ll finally see the Clyde Edwards-Helaire ($2.72/share) that we thought the Chiefs would be rolling out all of last season. Having an explosive back line up next to him could free things up even more for Mahomes, forcing the opposing defense to let him alone for that one extra second he might need to throw the pin-perfect pass. 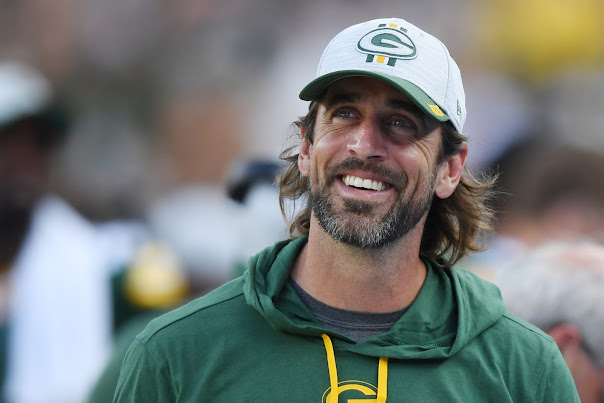 The reigning-MVP, not too far behind this year’s favorite, sits at +1100 to win MVP (again, per NJ.com and BetMGM). While Mahomes leads the league over the past 3 years in all those QB stats… Aaron Rodgers led the league last year. Not only did Rodgers have the best season of his career, he had one of the best seasons for a QB… ever. He completed 70% of his passes for 4,300 YDs & 48 TDs, with only 5 interceptions. He led the league in completion %, TD passes, TD %, interception %, and passer rating, per CBS. This coming season, per NumberFire, he’s projected to go for 4,600 passing YDs and 35 pass TDs.
In a silo, there’s no reason to think Aaron Rodgers can’t run these numbers back and do the same thing this year. They brought back the offensive weapons, added Randall Cobb, and bolstered the margins where needed. Outside the Rodgers drama… it was a pretty standard offseason. But the drama reigns supreme. Despite early trade demands and expectations that he might not show up to camp, Rodgers is in the building, calling shots (see Randall Cobb deal), and ready to play. If you’re taking his odds for MVP, I have to imagine that at least a part of it is actually a result of the drama. You can argue that part of his drive during this last season was based off the Packers drafting his replacement in Jordan Love (). Aaron Rodgers can be a lot of things – a jeopardy host, a family man, an MVP. But maybe above all else, he’s a competitive man. If this is in fact his last year in Green Bay, he’s going to want to go out with a bang. 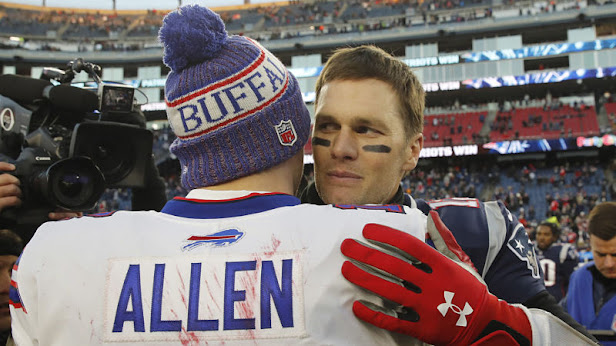 You can find different odds all over the place, but as a frequenter of BetMGM’s website, I’m going to continue with theirs. At that, Josh Allen and Tom Brady are tied for 3rd place in MVP odds, at +1400. For fun, I’ll remind the readers that Josh Allen is 25, and Tom Brady is 44.
Josh Allen is projected to go for 4,800 passing YDs, 35 TDs, 587 rushing YDs, and 6 rush TDs. If maybe not the safest bet, this will be one of the most popular bets & most popular PredictionStrike buys of the year. As Drake will tell us, they love you on the way up, but hate you when you’re at the top (Brady haters, skip the next paragraph). Josh Allen was the darling of the league last year, and he’s only on his way up. If he can replicate that production and lead his team to one of the best records in football, as is expected, he’s got a pretty good shot at the MVP award.

Tom Brady on the other hand has been there, done that. He’s actually won a championship before, too, in case you didn’t know that. He’s projected 4,700 passing YDs and 38 pass TDs. The case for Brady to climb the odds ladder and nab his 4th MVP is almost too easy to make. Somehow, the Bucs brought back ALL the weapons, offense and defense, despite the contracts making it seem near impossible. Even without the Super Bowl run, which is almost too silly to do, the Bucs went on a real run towards the latter portion of the season, as they shook off the new-team rust and got a good feel for how to play with each other. If ever a Super Bowl team was to repeat, it seems like the Bucs are poised to do it. Brady could be at the head of the best regular-season team in football, and on the way to a second championship in a row. Could be the stats, could be the narrative, could be the sentiment… Brady could muster a lotttttt of MVP come the end of this year.