We’re going to try something new today, folks. These Weekly Updates typically hit your inbox with more sports than stocks. More stories than returns. More games than gains. More – you get the point. We figure that at the end of each NFL week, we’ll make this newsletter your go-to spot to get the laundry list on all the biggest gains of the week. There are hundreds and thousands of incredible writers out there that you can go to for eloquent commentary and mind-bending analysis on what’s going on in our favorite sports. But what you can’t get there, we’ll makes sure you have a full dose of here. And that’s all news about the sports stock market. So going forward, this newsletter is going to be meant to be a fast breakdown of the biggest movers and biggest drivers in the market. Let’s get into it. 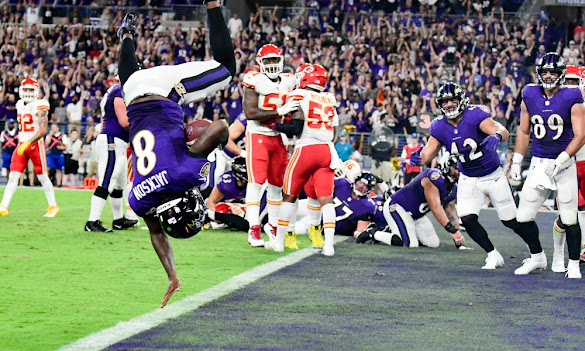 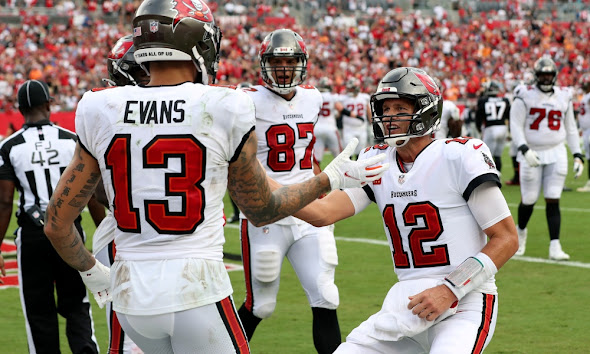 This game was important for one reason, and one reason only: Tom Brady (+9%, $16.91/share) threw FIVE touchdowns, making that at least 4 per game for the 4th consecutive game. His MVP odds are skyrocketing, and he looks like he’s on a mission to go 17-0, break the TD record, and run the SB back for another win. That said, Brady’s touchdowns didn’t come unassisted. Gronk (+18%) went for ANOTHER 2 touchdowns, and is up 85% in JUST two weeks. On top of the on-field production, shareholders seem to see a lot of reason, rightly so, for sustained production from him. Mike Evans (+15%, $7.65/share) calmed fantasy managers and stockholders alike after a shaky Week 1 and notched up two of his own in a smackdown over ATL. Sure, sure – Cordarrelle Patterson (+85%, $1.01/share) made a few people rich, but this game was about the reigning champs. 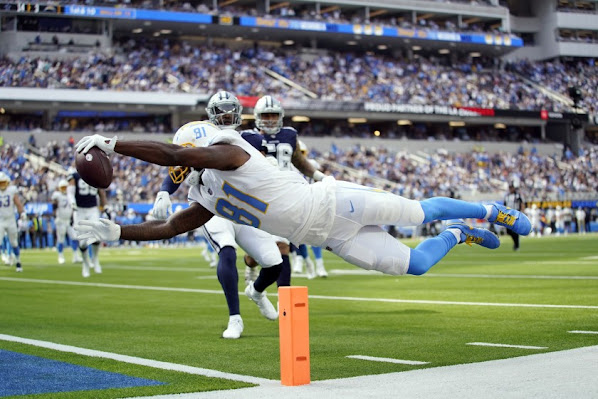 Will the NFC East be good this year? Will be just as bad and twice as funny as last year? Still too early to tell, but at least the Cowboys didn’t fall to 0-2 and have to deal with that going forward. They squeaked out a win on the back of Tony Pollard (+47%, $1.92/share), who’s quickly starting to look JUST as good as blue-chip Ezekiel Elliott (+3%, $6.57/share). CeeDee (+1%, $5.74/share) jumped one percent, but all the other receivers dropped, with Dak (-15%, $8.70/share) to one degree or another. The game overall proved fruitful for only RBs, as Mike Williams (+16%, $5.09/share) and Austin Ekeler (+5%, $3.46/share) were the only Chargers to produce positive ROIs. It was good news for Ekeler shareholders who may have been worried about lingering effects of the preseason injury, but great news for Williams shareholders, as he’s now up an impressive 44% over two weeks. 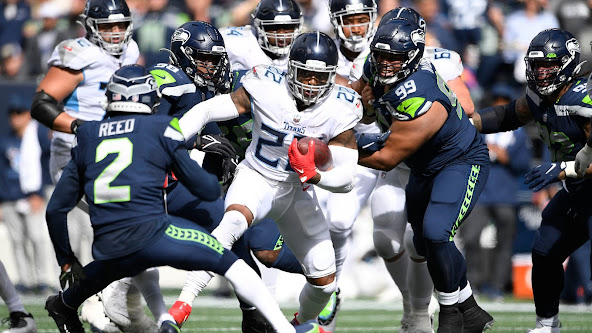 I actually couldn’t tell you what happened in this game. I don’t even remember who won. I couldn't take my eyes off of Derrick Henry (+47%, $27.76/share), who silenced EVERY single person who looked at a sample size of ONE WEEK and said he fell off a cliff. The biggest blue chip stock of them all rushed for 182 YDs and 3 TDs and helped his team mount a 9-24 comeback after the half… or so I’m told. He wasn’t the only one with a statement game – new superstar on the block, Julio Jones (+7%, $7.14/share) shook off the rust just as well. But even a heartbreaking loss like this one couldn’t weigh down Tyler Lockett (+22%, $7.04/share) shareholders, who locked in a 41% gain over two weeks, or Freddie Swain (+74%, $1.74/share) shareholders, who wouldn’t in their wildest dreams be able to say they saw that price hike coming! 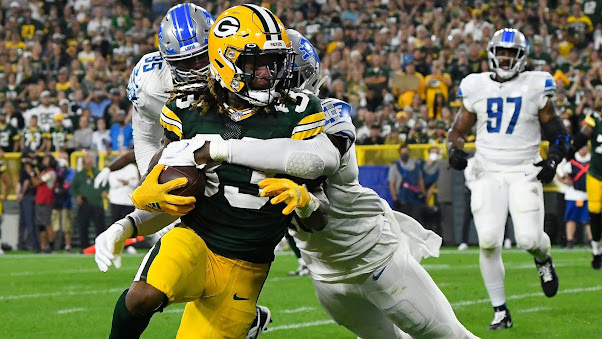