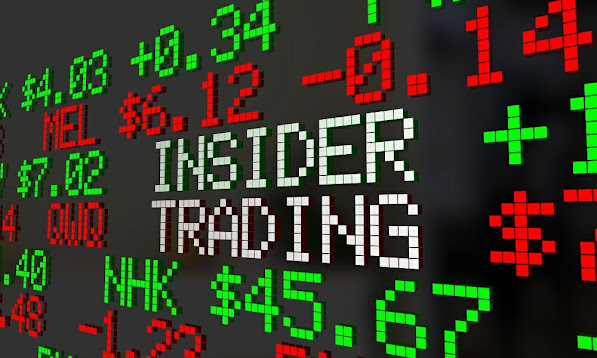 Hello PredictionStrike Family! Congratulations, you made it to a beautiful football Sunday! I know you have fantasy rosters to tinker, DFS lineups to put together, and portfolios to toggle with, so I will keep the intro short and sweet. I had two players in mind for a Blue Chips and Penny Stocks article, but it turns out that both of them aren’t playing this week… So I will hold them off for next week. This morning, I want to bring back a familiar face for an Insider Trading article. We all should know by now the game of the week is Tom Brady (+11%, $18.78/share) and the Bucs entering Foxboro tonight for an epic showdown between the greatest quarterback of all time, and the greatest coach of all time. The storylines write themselves, and I am sure you have seen all of them, so I won’t bother writing another. Instead, I want to re-introduce you to David Harrison! If you don’t remember David, he was the amazing analyst that helped us with the Washington Football Team “Insiders Trading.” Lucky for us, he also hosts the “Locked on Bucs Podcast.” That is what I call a dual threat! If you haven't already, please give David a listen either on the Locked on WFT, or the Locked on Bucs podcast, and make sure to give him a follow @DHarrison82 on twitter. He gives out fantastic in-depth info on two teams, so it's definitely the price of a follow. Like I said, Sundays are busy for all of us, so let's get to the interview! 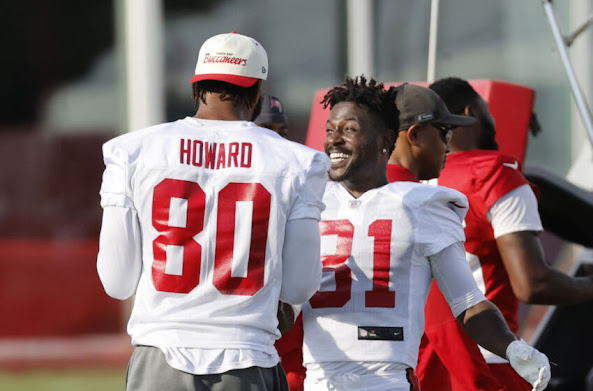 Alex: Tom Brady is the goat. I think even the biggest critics have to admit to this after two decades of dominance. BUT at the end of the day, he’s still human. Going back to Gillette might be an emotional rollercoaster for most people, but as Brady has proven… he isn’t most people. Do you, as a Brady aficionado, think the reunion tour could add some extra pressure on Brady and company, and will that be apparent on the field Sunday night?

David: Brady has made it no secret he wants to beat the Patriots. But he’s also made a literal brand out of being disciplined in practice and performance, no matter how high or low the stakes may be. So as badly as he wants to win in New England as the Bucs quarterback, it won’t be something that rattles him, or throws him off his game.

Alex: While all eyes have been on Brady, there are two other noticeable faces that will be returning to Gillette for the first time. Most notably Rob Gronkowski (-5%, $5.65/share), but let’s not forget Antonio Brown (0%, $5.88/share). Gronk took a hit so hard last week that even my ribs started to hurt, and Antonio is coming back from Covid-19 protocol. I expect they want to show up when they return to Gillette, but will injury issues spoil the night?

David: Gronk is officially listed as ‘doubtful’ for the game, but if he can go, he will. How effective he’ll be as a player is the question because we know the defense will have to account for him even if he’s a decoy for most of the night. For Antonio Brown, he never actually played a game in Gillette Stadium as a member of the Patriots, so this will be more a glimpse at what could have been, than anything. And the Pats didn’t really doubt or cross AB as much as some other teams may have in his mind. It’s a sexy match-up though, and he’ll be looking to showcase his talents in primetime like he always is. (Editor's note: Rob Gronkowski has since been ruled OUT for tonight's game against the Patriots. We’re twice as sad as you are).

Alex: You are an expert on all things Bucs, which means you know all the pros AND cons. Richard Sherman signing with the Bucs helps a depleted secondary, but there will still be plenty of holes for Mac Jones (-5%, $2.78/share) and the Patriots to take advantage. Who on the Patriots do you think will have a breakout performance against an injury riddled Bucs Defense?

David: I expect Nelson Agholor (-15%, $4.25/share) to get plenty of targets against the Buccaneers defense. Richard Sherman isn’t ruled out of Sunday night's game, but I’m still not 100% convinced he’ll play any ‘real’ minutes. Of course, cornerback Jamel Dean being out for this game could change that in a heartbeat if the Patriots start finding success early against other defensive backs like Ross Cockrell or Dee Delaney. That being said, the Bucs defense has given up 91% of passes aimed at TEs against them, worst among teams who have had the position targeted at least 20 times in 2021. So TEs Jonnu Smith (-15%, $5.38/share) and Hunter Henry (+.53%, $0.78/share) should be getting plenty of looks if New England also stumbled upon that specific stat.

Alex: Evergreen question. If you had to invest everything into one player, who would it be and why? Last time I asked, you said Justin Fields (-15%, $5.50/share). Are you sticking with the kid after last week’s performance, or are you abandoning ship?

David: I’m still riding the Justin Fields train. He’s going to have new coaches soon, no matter what happens, because either Matt Nagy is getting fired or the staff in Chicago is going to recalibrate their coaching. Either way, Fields’ future wins. Still, I want to give another answer, and it’s going to be Bucs tight end OJ Howard (0%, $0.49/share). Again, I like the long play, but if Gronk doesn’t play Sunday then Howard will be in line for a nice increase in opportunities. He’s still not fully back from the achilles injury he suffered last year, and when he’s healthy there’s no doubt the young man has talent coming out of his ears. So if you can invest and be patient, Howard is a guy with a lot of upside you can get at really good value, presently.

That is all for today guys. Make sure to check twitter and @ChipsStocks for any last minute buy alerts before the games this afternoon. Thank you once again to David Harrison for the great work he does, and all the help he has provided me for these Insider Trader articles. Make sure to give him a follow, and listen to his Locked on pods! I look forward to talking more with you all next week, but until then, I wish you profitable investments!