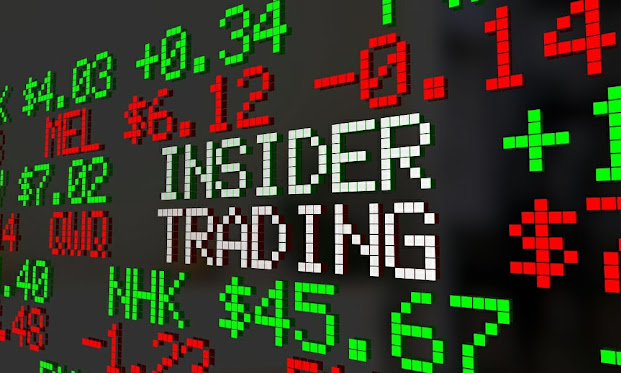 Hello PredictionStrike family, and congratulations! You made it through another week, and what a week it has been. Rough week so far, especially if you are like me and bought Wayne Gallman (-21%, $0.28) before TNF… What was I thinking??? We live, and we learn. Good to remember, less is more, and sometimes the best investment is to simply skip the game. And trust me, I know it’s hard to pass up on Prime Time games. We do have some good news from Thursday’s game… Nick Folk (+20%, $1.59) keeps fighting the good fight for all us Kicker truthers. #KickersArePeopleToo (maybe some foreshadowing for later)…

But first, I am honored to bring you another Insider Trading article, focused around one of the most highly anticipated games of the weekend. No, not Kansas City vs. Dallas, or even Indianapolis vs. Buffalo. Instead, we are going to the revenge games of all revenge games. WASHINGTON vs. CAROLINA. Not only do we have Cam (+.12%, $6.00) vs. the world, but we also have Ron Rivera, Curtis Samuel ($5.16), Kyle Allen ($1.22), Joey Slye, and  basically the entire Washington support staff making their first return to Carolina. There are narratives galore, and money to be made on this game. So who better to bring in to help on the subject than someone who lives and breathes Panthers football, Tony Dunn, Co-Founder of The Carolina Cat Chronicles. If you live in the Charlotte area, and you follow the Panthers, I am sure you have already heard about Tony and his #1 rated Panthers podcast and website. If you haven’t heard of them, I suggest you do so. Not only do they post great content, but they also provide readers with up to the minute updates, sweet merch, and even a peer-to-peer ticket exchange. Seriously good stuff, and even better knowledge of the Panthers, which you will see first-hand here in a second.

Before we dive into the interview, I want to remind everyone that we have another UFC Fight Night tonight LIVE in Las Vegas. We have early fight times just like last week, so don’t miss your opportunity! Make sure to follow me @ChipsStocks for last minute stock tips before the warriors enter the octagon later this afternoon. Ok, now we are ready to focus on the Panthers, so without further ado, Tony Dunn! 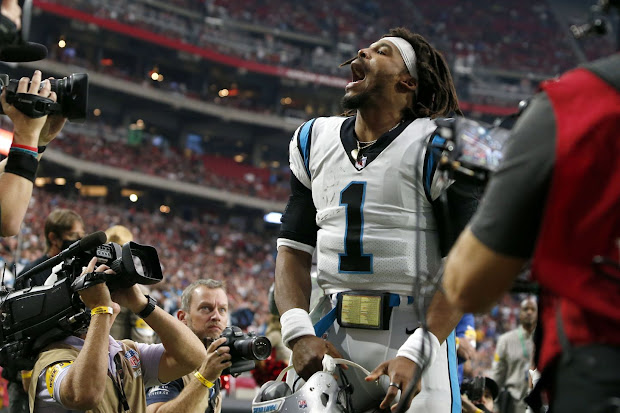 Alex: Alright, we can’t have a Panthers Insider Trading article without first acknowledging the elephant in the room… “HE’S BAAAAACCCCKKKK!” I am talking about is no other than Cam Newton (+.12%, $6.00) and his triumphant return to Carolina. At the time of writing, Cam is priced at a respectable $6.00, with a 17.86 FPT projection. Is Cam’s return just a good story, or something we should be investing in?

Tony: Cam is a good value because you are getting a starting dual threat QB, in an offense that has some real weapons. Christian McCaffrey (+7%, $16.79) will make Cam's life easy in the beginning, and the excitement buzzing in Carolina suggests that the more familiar Cam becomes with the offense, the more they will open the playbook for him.

Alex: You mention, Christian McCaffrey, finally back from injury. CMC is one of the highest priced stocks on PredictionStrike, and for good reason. He’s also one of the highest weekly projected skill position players. It’s a hefty price to pay, and a hefty projection to beat. Is it worth the investment?

Tony: CMC is a blue-chip stock. You're going to pay a high price because he's the best of the best. Injury is the only risk that comes with investing in CMC. He does it all; last week totaling 155 all-purpose yards. He's going to continue to get a lot of work as Cam Newton takes the helm in Carolina. The upside of McCaffrey; that is the sort of dividend this stock pays, is that he is a volume reception machine. Last week against Arizona, CMC had 10 catches. He's the best in the business, and business is boomin’.

Alex: Newton isn’t the only one making a return to Carolina. A Ron Rivera led Washington team comes in off a surprising win against Brady (-10%, $19.55) and the Bucs. You are the expert on all things Panthers, so that means you also know the weaknesses. Who, if anyone, on the Washington Football Team, do you see as a profitable investment this week?

Tony: Washington faces a tough challenge with Carolina. The return of Cam Newton will have Bank of America rocking. Carolina's defense has been one of the best in the league against the pass. There have been times where Carolina has allowed teams to run against them. Dallas ran all over Carolina's in Week 4 and the Patriots rushed for 150 yards just two weeks ago. Antonio Gibson (+24%, $2.39) may offer some value as Ron Rivera will likely want this game to be a grinder determined by time of possession.

Alex: If you could invest everything into one PredictionStrike stock, who would it be and why? You don’t have to limit yourself to the Panthers, nor the NFL. You can pick any athlete in the NBA or UFC, too.

Tony: Robby Anderson (+23%, $1.65) and Zane Gonzalez (+31%, $8.45) both should be considered buys. Anderson's stock has to have depreciated while Sam Darnold (-.19%, $2.55) was Carolina's quarterback and his case of the dropsies in the first half of the season has to have forced a bottom on his stock price. Anderson was all smiles when he stood beside Cam Newton in the post-game presser after a win over Arizona. Anderson could flourish as his chemistry with Cam on and off the field are abundantly clear. Carolina's field-goal kicker Zane Gonzalez has really found strong footing in Carolina. He's made 14 consecutive field goals. He's a steady performer and should offer steady returns.

Alright guys, give a round of applause to my guy Tony. Just a wealth of knowledge, and did you catch that last answer? He shouted out a kicker! I knew I would like him! #KickersArePeopleToo. Tony, thank you and the team over at Carolina Cat Chronicles for all the help with this week's article! Everyone reading please go and give them a listen, read, and follow. I promise it will be worth your time. Last but not least, remember to follow @ChipsStocks for last minute UFC stocks before Viera Vs. Tate later this afternoon/evening. Oh, and don’t forget, we are less than a week away from Thanksgiving, which means three football games next Thursday. Make sure to check your inboxes next Wednesday for a special Thanksgiving newsletter! Until then, enjoy UFC, NBA, and of course the NFL.
Happy trading,
Alex True