Stocks to Target This NFL Sunday 11/7

We're halfway through the season as we enter week 9, and no doubt the Pro Bowl will be here before we know it. With that comes the offseason where we are forced to find new hobbies and entertainment. However, we have plenty of good storylines this offseason and I find none more fascinating than the QB carousel. The QB carousel is going to become much clearer as we enter these final 8 weeks. I'd be lying if I said I wasn't evaluating the outcomes of these games and how they will shape the 2022 quarterback landscape. The earlier you plant your flag on a guy’s situation, in this process, the higher likelihood of increased returns. 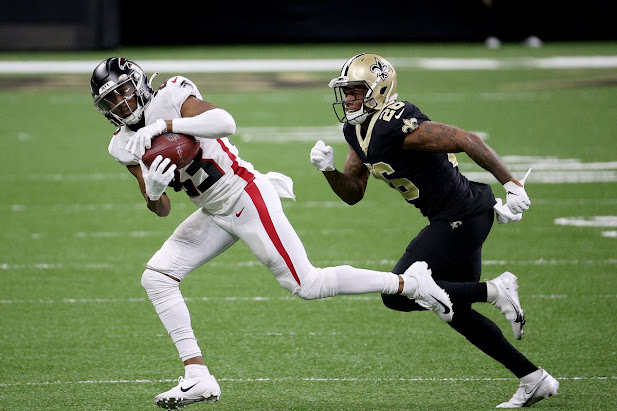 With Jameis Winston (-9%, $6.39) done for the season as well, it was looking likely that we'd see Taysom Hill (1%, $5.42) get the nod this week. This is the same Taysom Hill whose stock was once above $20. However, news came out Friday morning that it will in fact be Trevor Siemian (6%, $0.80) who gets the start. Siemian is a journeyman quarterback but is also paired with one of the brightest offensive minds in the NFL in Sean Payton. There’s a chance he is able to be a productive starter and a short term buy this week. There’s also the other likely scenario where he starts and fails to produce and we get Taysom Hill either way. If you have conviction, now is the time to call your shot!

Should Taysom eventually capture the position… then other factors come into play. As science class taught me: for every reaction there is an equal and opposite reaction. In the case of the Saints offense, this likely applies to Alvin Kamara (-4.6%, $10.31). Lest we forget last season when Taysom Hill entered the lineup Kamara had only one game with over 10 receiving yards. In that same stretch, Kamara was unable to post a single game with over 100 all-purpose yards. If I was going to try and predict the future, I'd assume Hills' legs will give him additional time for his receivers to create separation, and maybe now we buy back into Marquez Callaway (-11.90%, $1.16).

On the other side of the matchup Matt Ryan (-15%, $8.11) is going to have to find a way to keep up with these Saints if Taysom Hill can unlock the Saints' offense. The best way for Ryan to get the Falcons' offense moving is to continue feeding the previously forgotten Cordarrelle Patterson (2%, $2.12) who's now likely going to be the featured wide receiver for the Falcons going forward. He’s been quiet the last couple of weeks, but don’t forget – he’s still up 296% on the season so far! 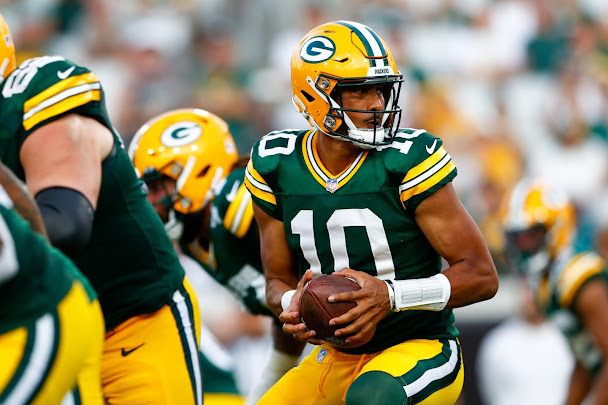 Obviously, this game has been on everyone's radar since the beginning of the season. However, Wednesday Aaron Rodgers (-0.3%, $11.69) was diagnosed with COVID, and the storyline for this game has now been flipped on its head. Rodgers was in the news all off-season about his dissatisfaction with the organization and his desire to be traded. This weekend we now get to see just what this team would look like had they dealt Rodgers.

As a result, we get to see Jordan Love (+31.95%, $1.35) make his first start against the Kansas City Chiefs. This week we've already seen Jordan Love's stock go up by almost +32% and we still might not have seen his ceiling. Considering Aaron Rodgers isn't allowed to return from the COVID reserve list until next Saturday it's not out of the question to see Love make two consecutive starts. Again the theme here is the quarterback carousel this offseason, and if Rodgers does indeed get traded this is Loves' chance to show the Green Bay Packers fanbase they're in good hands.

While Love is the storyline here I also think it's important we evaluate how Davante Adams (0%, $9.78) looks in action without Rodgers. Adams has benefitted from his bromance with Rodgers over the last couple of years and he has been pegged as the best receiver in the game. There is no doubt he is talented, but with him likely leaving Green Bay this offseason it's an interesting storyline to monitor with him if he gets peppered with the same number of targets. 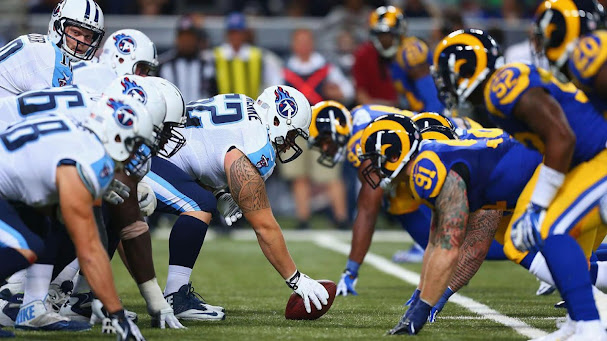 The final game of the day is also one of the more interesting games of the day. As I mentioned earlier in the week that was I'm a little skeptical of what we will be getting from Ryan Tannehill (+4.89%, $11.03) after Derrick Henry’s (-15%, $31.78) season-ending injury.

Tannehill has revitalized his career in Tennessee, but a large part of his resurgence has come with reliance upon the play action. After the loss of Henry Tennessee promptly signed Adrian Peterson (0%, $3.39) and Friday morning elevated him to the active roster. It will be interesting to see how much playing time Peterson gets this week. It’s not out of the realm of possibility Jeremy McNichols (+31%, $1.28/share) out snaps Peterson this week as he learns the playbook. I’ll be running with that thought process and look to buy my Peterson shares next week if he fails to hit his projection due to this thought process.

As for the Rams, there isn't a whole lot to say about them offensively. Something I am monitoring is if we've reached the ceiling on Cooper Kupp (+2%, $9.80) and if it's time for us to cash out of our shares. With the of Odell Beckham (-16.7%, $1.22) in Cleveland this week, and the Rams' consistent desire to be involved in every deal, would the Rams bring in Beckham to replace Deshaun Jackson? Pairing Cooper Kupp, Robert Woods (8.9%, $6.69), and Odell Beckham might make the best receiving core in the NFL.