Week 11 is here and the playoff races are starting to heat up. Just about every fan base still feels like they’re in the thick of it. With the playoffs still in focus and attainable for over 20 teams, it makes investing in playmakers during that push even more enjoyable! 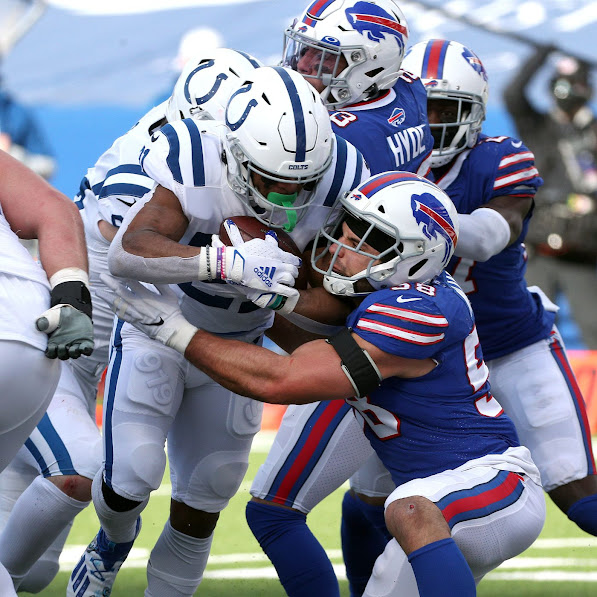 This is probably one of the more anticipated games of the week and for good reason. Jonathan Taylor (5%, $9.97) is coming into this game on a hot streak against probably the greatest defense in the league. While Taylor is getting elite usage and putting up numbers this feels like a game where an unstoppable force is meeting an immovable object.

Jonathan Taylor is projected for just under 19 fantasy points against one of the best defenses in the league and I’d say that is a bit lofty. While Taylor has met or exceeded expectations over the last 6 games it’s difficult to see him doing that this week. While I’m wary of Taylor, I’m bullish on the short-term investment into Nyheim Hines (-11%, $4.32).

Frank Reich has proven time and time again that he will do whatever it takes for Carson Wentz (-15%, $4.91) to be the focal point of their offense. With the Bills being stout against the run and pass I believe Wentz will be carrying the load this week and Hines should easily exceed his 7.40 projected points with Wentz checking down to him frequently in this one.

As for the Bills, this is an ideal matchup for their offense. The Indianapolis Colts struggle defending the pass as they are ranked in the bottom 5 in terms of yards given up per game over the last month, and touchdowns given up. It wouldn’t be a stretch to think that Stefon Diggs (16%, $10.33) puts up similar numbers to last week's 2020 time machine performance. Dawson Knox (-15%,%1.27) is also likely a value in this matchup.

This game is almost a must-win for a Colts team who is trying to make a push for the postseason. If the Colts lose this game their playoff chances suffer mightily. Currently, they trail the Raiders, Bengals, and Chargers by one game. This is important to follow as if the Colts can’t stay in the playoff race Wentz will likely be benched to avoid the escalator of their 1st round pick in the Caron Wentz deal. If this scenario plays out it becomes a question as to what Wentz’s future will be as a starter and how that affects your shares. 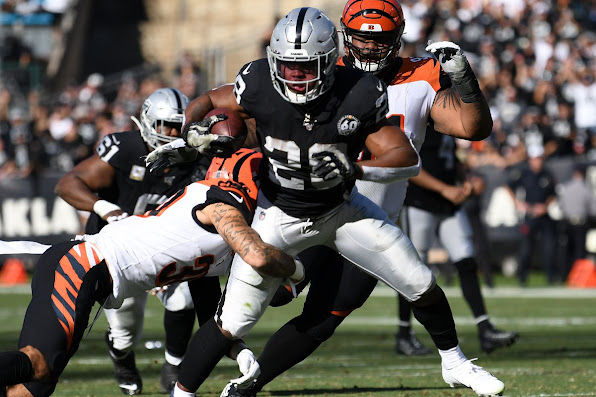 Roughly a month ago this game would have been heralded as a playoff preview of two surprise teams in the AFC. Entering Sunday this game will feature two teams on life support as we march towards the playoffs.

Derek Carr (0%, $7.59) started hot to begin the season though circumstances have changed around him. In the last month, we’ve seen Carr lose his deep threat in Henry Ruggs ($1.99) to a DUI and his head coach for offensive comments leaked in emails. It is difficult to not give Carr a pass with these losses but as always the pressure is going to be on his shoulders to carry this team to the playoffs.

If Carr is going to turn this team around they’re going to have to be able to rely on Darren Waller (-15%, $3.73) to be the stud we all expected him to be this year. Since his 10 catch performance in week 1, Waller has failed to outperform expectations in every game but 1. Waller has seen his stock drop by almost half since then.

Additionally in the running game, we’ve seen the Raiders get Kenyan Drake (-11%, $8.22) involved throughout the last month since Grudens’ departure but we haven’t seen a breakout game for Josh Jacobs (-10%, $1.46) yet. While Jacobs has had double-digit carries the last two weeks it’s concerning he has yet to break the century mark in any game this season. With his season set to be a dud, it’ll be interesting to see if the Raiders pick up his fifth-year option this season or if he will be testing free agency soon.

As for the Bengals, their recent struggles are mainly attributed to their struggling pass defense which is bottom 5 in the league. After losing embarrassingly to the Mike White (-18%, $1.10) led New York Jets they up another dud against the Cleveland Browns a week later. It will be interesting to see how this team responds to adversity after having little of it to start the season.

If the Bengals are going to make the playoffs this season they’re going to have to beat teams like the Raiders to make it. Joe Burrow ($7.09) and the Bengals have put up 20 or more points in 7 of their 9 games this season. Led by sensation Ja’Marr Chase ($9.43) this season in receiving the Bengals should have no problem putting up points against the Raiders this weekend. Their test for this team will be whether or not they can contain Derek Carr and this offense. How this game wasn’t flexed out at this point of the season is beyond my pay grade. The best-case scenario for the NFL is if Big Ben ($3.48) can recover from COVID and start in this one. Otherwise, we’re going to be watching Mason Rudolph (3%, $1.04) get another crack at looking competent.

Coming off a loss to the Vikings last week and squandering their division lead the Chargers are a desperate team this week and need to take advantage of this matchup. Justin Herbert (-11%, $9.25) burst onto the scene last season and hasn’t looked back. However, last week Herbert failed to throw for 200 yards. The offense seems to have taken a step back in recent weeks. Mike Williams (-12%, $4.22) is another example of the woes this offense is currently facing. It is difficult to expect the Chargers to come out guns blazing against the # 6 pass defense.

If the Chargers are going to have the success they’re likely going to have to rely on Austin Ekeler (-7%, $3.77) this week. While the Steelers’ run defense started stout D’andre Swift (-1%, $6.81) was able to rack up over 100 yards this past week and I view Ekeler in a similar tier as a runner and pass-catcher out of the backfield. If we’re looking for a player in this game who is likely going to beat their projections I’d have to say Ekeler has the best chance in this one.

As for the Steelers, it’s dicey as to whether or not Ben Roethlisberger will play or not. It’s apparent at this point the Steelers are going to be shopping for a quarterback this offseason. Does the question become on how they will address the position? For now, they’re stuck with Mason Rudolph and Dwayne Haskins ($0.61) with either of them having a chance to play this weekend. In either scenario, I’m leaving those shares alone.

The quarterback position does have long-term implications as it relates to Diontae Johnson (-6%, $1.93)  and Chase Claypools’ ($3.66) long-term success. Ben Roethlisberger has kept them afloat this season but their production this season has been far from their ceiling. As for long-term bets, I’ll be looking at them quite heavily. Conversely, I’m likely out on the long-term success of Najee Harris. His value currently is likely at its ceiling with an aging quarterback. Should the Steelers grab a new signal-caller his volume will likely crater as it’s largely built on his volume of carries.