With Thanksgiving now in the rearview mirror, and the weekend sadly coming to a close, we’re able to focus our attention on the main slate. With three teams having already played earlier this week, and two teams on bye this week, the slate feels light this week. 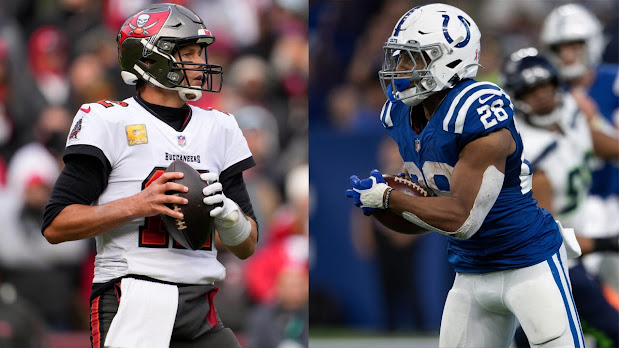 After Jonathan Taylor’s (48%, $14.70) impressive performance against the best-run defense, he draws another tough matchup against the Buccaneers. While Taylor was impressive last week it's unlikely we will see anything of a similar performance that we did a week ago.

The Buffalo Bills were missing some key pieces to their run defense last week, and I'd expect the Colts to take advantage of their depleted secondary. The Colts have used Carson Wentz (-9%, $4.48) sparingly over the last couple of weeks, but we shouldn't forget that prior to the Jacksonville game he had beaten projections for three straight weeks. While his future appears to be tied to a postseason berth he appears to be a glaring buy low at his current price. He's paired with Michael Pittman (-15%, $2.33), and appears comfortable within this offense. Another target of Wentz I'm interested in is rookie Kylen Granson ($1) who's been used sparingly at a tough position. Being that Reich utilizes tight ends in this offense frequently the sky appears to be the limit for long-term upside.

As for the Buccaneers, Tom Brady (-1%, $19.22) looked comfortable last week with the return of Rob Gronkowski (9%, $5.54). This offense had been sputtering and Brady appeared to be missing his two safety outlets in Gronkowski and Antonio Brown ($9.25). While Brown is trending the wrong way towards playing, there is a belief he will be suiting up as early as next week.

While Mike Evans (5%, $9.55) did appear to get hurt late last week, their current situation seems to be shaping up close to last year. With Gronkowski and Brown almost back at full strength, this team seems to be getting healthy at the perfect time of the season. 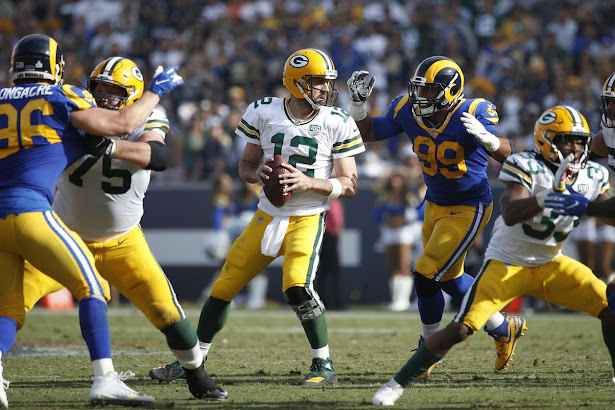 This is probably one of the only games worth watching in the afternoon if you're in search of high-profile fantasy names. The Rams enter this game searching for answers as their offense has been sputtering in recent weeks. When the team has signed Odell Beckham (-3%, $1.21) earlier this season the prevailing thought was this team would be a pass-first attack. However, I think the offense is better suited to establishing the run and then breaking the opposition down via the play action.

Throughout the last couple of weeks, the Rams offense has looked stale and lacked any semblance of balance between the run and the pass. this has led the team to be one-dimensional. If the Rams are going to get back to their winning ways they're going to need to feed Darrell Henderson (-1%, $1.58) the ball early to set up success for other areas on the field. If this works then that will allow Odell Beckham to go deep and create mismatches down the field.

The Packers played their first game last week without Aaron Jones ($6.47) and didn't quite look the same after failing to eclipse over 100 yards of total rushing against the Minnesota Vikings. AJ Dillon (-6%, $2.31) is still a decent bargain who is a strong back who finishes his runs falling forward. The Packers still have a lot to play for in terms of playoff seeding and with Jones out it seems they're still going to have to rely heavily on Aron Rodgers and Devante Adams. It will be interesting to see Adams can win his matchups against Jalen Ramsey in this one. 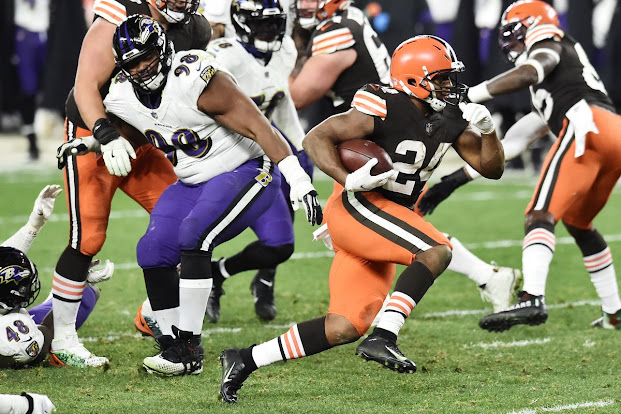 What looked like one of the best matchups of the season earlier this year is now featuring two teams who are struggling to stay atop the division. While the Browns roster appears to be one of the most talented in the NFL but are not playing like it.

Baker Mayfield (-12%, $4.51) is obviously playing hurt and does not look good. It’s quizzical as to why they’re not allowing him to sit and rest at this point as he’s doing more harm than good playing through this injury and they seem better off giving Case Keenum ($2.05) the start for a couple of weeks. If the Browns are going to win this game they’re going to have run the ball against this Ravens defense. With the return of Kareem Hunt ($14.56) this week I like the Browns to have their way against this Ravens early.

While the Browns are likely to have a strong ground game against this Ravens team it’s interesting to note the Ravens also have a strong core pass catchers to keep up with any Browns scoring. It’s funny to see this Ravens teams ascend into a passing offense with the drafting of Rashod Bateman (-13%, $4.12) and the breakout of Marquise Brown ($3.37) after posting the fewest pass attempts last season. Lamar Jackson ($7.35) is trying to prove doubters wrong and establish himself as a true dual threat quarterback.