Thanksgiving is finally upon, the one holiday the NFL promises us football every year. Today’s games are not the greatest of the bunch but they offer plenty of intrigue as we head into the main slate this weekend. Before I want I get after it I wanted to acknowledge that I’m thankful to be part of your weekly readings and hope you’ve enjoyed the content as much as I have producing it. Have a great holiday and if you ever want to ask questions or talk football on Twitter I’m @dynastymad. 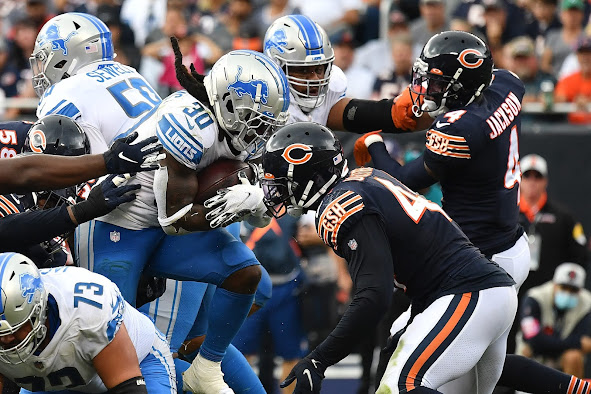 This game offers little in terms of the playoff race and even less in the realm of fantasy. While D’andre Swift (8%, $7.35) is one of the best running backs in the game it’s fair to wonder if we’re witnessing his ceiling in this offense. With a lack of a supporting cast, he is being thrust into a role where he’s relied upon as the main contributor. The Lions are loaded up on draft picks over the next couple of years and while they’ll need help at several positions it’s fair to wonder if he, T.J. Hockenson ($0.98), or both see drastic cuts to their offensive target share.

Thanks to the Rams sending two first-round picks for Matthew Stafford ($5.36) the Lions, as I mentioned before, the Lions are going to have enough firepower to address most of their positions. However, perhaps the most pressing need is going to be at quarterback. At times Jared Goff ($1.42) has looked like a starter, but for the most part, he’s not going to be the answer for this team. Perhaps one of the most damning statistics about Goff is the fact that he has yet to win a single game without Sean Mcvay as his head coach. As the Lions explore other options the rest of the way it’ll be interesting to see if the Lions unload draft capital via the trade market for an established starter or if they invest organically via the draft.

On the other end of this game, the rumor is that Matt Nagy will be coaching his final game in this one. While it’s never fun to root for a coach to lose his job, the Bears fanbase appears to be at a crossroads. Nagy is trending towards his first losing season since taking over the Chicago Bears and will be forced to leave his post after guiding this team to the playoffs twice in his 4-year run.

With Nagys’ departure, it is quite obvious this will also bring an end to the Ryan Pace era. The era started with the drafting of Kevin White ($1.00) and will likely end with the drafting of Justin Fields (-15%, $4.06). While White was a bust, Pace has had several late draft hits, but far too many early draft misses. Justin Fields has looked like he is ascending into the role but with a new coach and general manager, it’s not an ideal situation for him. The new regime will have no ties to Justin Fields and the pressure will be on him to impress in 2021, or else, I fear. It begs the question as to why ownership allowed the prior regime to trade significant draft capital from future years while knowing the current regime is on thin ice.

Justin Fields will miss this game due to a rib injury and Andy Dalton (2%, $3.10) will get the start. While the football will not be the greatest, the off-season storylines I mentioned do interest me and every player for Chicago will be playing to impress their future. I believe Darnell Mooney (16%, $1.27) and David Montgomery (-5%, $1.06) are going to be interesting players to monitor this offseason and if they’re viewed as the answer at their positions or not. 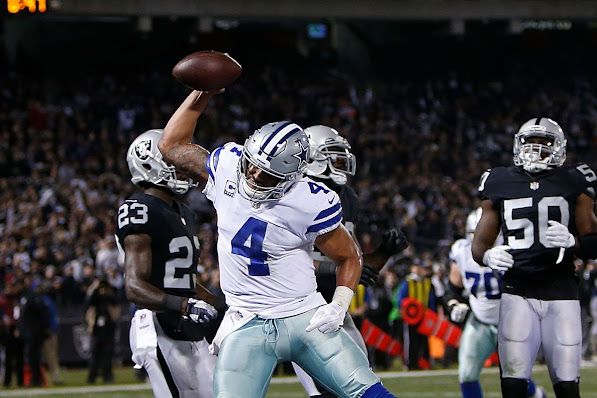 The Las Vegas Raiders are in a tailspin and are without a paddle. It has become painfully obvious at this point they’re going to miss the playoffs and will be cleaning house at season’s end. While this isn’t entirely the result of any one thing, in particular, it comes to show you that chaos can ruin any season. With Grudens’ departure and several legal issues surrounding the team, it’s hard to imagine this team was able to focus solely on football. While many pundits will look at the storyline of who the new head coach and general manager will be I’m far more interested to see if Derek Carr (-13%, $6.58) follows a similar route of Matt Stafford and asks to be traded.

Derek Carr has had a long career with the Raiders organization but only has one year remaining on his deal and likely is going to be looking for more stability around him. With several high-profile names rumored to be unhappy this offseason, it’s a fair question of whether or not Carr will be even in demand. I’m curious to see just how well he finishes out this season. The reality of the situation is if he’s looking to be moved this off-season these final games are a test of his mental toughness and he is auditioning for 31 other teams based on the film he puts together these final weeks. He’s going to need to rely upon Hunter Renfrow (-12%, $1.42) and Darren Waller (6%, $3.95) to keep this game and the rest of them competitive.

As for the Cowboys Dak Prescott (-15%, $8.98) is coming off another clunker of a performance. 2 of the last 3 weeks the Cowboys’ offense has struggled, and similar to last week is missing its true alpha wide receiver in Amari Cooper ($5.67). As I noted earlier this week we saw a 50-50 split of the workload in the backfield with Ezekiel Elliott (-6%, $8.10) and Tony Pollard (-1%, $1.61) last week. I’m genuinely curious if we will see a similar split this week as the Cowboys attempt to get right this week. Lest we forget CeeDee Lamb (-15%, $5.43) is only a couple of weeks removed from an ankle sprain it’s fair to wonder if the Cowboys should be attempting to get healthy over the coming weeks if the #1 seed becomes unattainable. 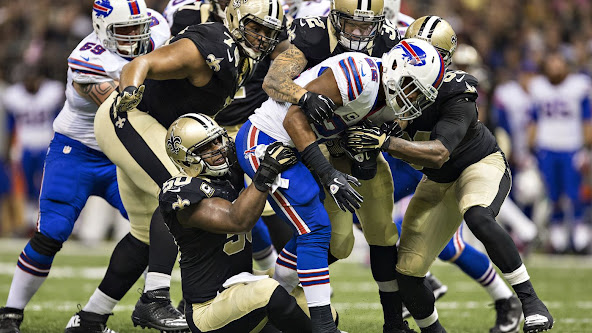 These are two teams that are desperate to get a win in this game. The Bills are now in 2nd place in their division and the Saints have failed to win a game since Jameis Winston ($6.37) went down. With Taysom Hills’ ($4.58) new deal signed it is fair to wonder if we see him at quarterback this week or if it is too short of a week to make such a change.

If there was ever a time to throw the Taysom Hill wrinkle in it’s likely not now. Alvin Kamara ($10.29) is currently not on the injury report for the Saints and are set to square off against a team that just allowed Jonathon Taylor to score 5 touchdowns and 185 yards on the ground. This could be a sneaky game where Kamara, now fully healthy, sees a significant amount of carries and puts the team on his back. This seems like the more likely route the Saints go on a short week rather than installing Taysom Hill as the starter.

As for the Bills I’ve noted several times that this offense just hasn’t evolved after last year’s breakout. If the Bills are going to turn their fortunes around they’re going to have to step up and stop Kamara on defense and find their offensive identity again. While they will never be a true running team they’re going to have to try and see what they have in Matt Breida ($0.63) as he has been the best running back for this team as late.

While Josh Allen (-7%, $15.32) has had flaws several times this season he does tends to correct his issues in a hurry. I would imagine he and Stefon Diggs (-1.3%, $10.19) are going to try and do everything in their power to turn this team around and recapture the AFC East crown.