Week 10 Stocks and Stories: Deebo and JT trend up, Cam is BACK, Chiefs found their spark

Week 10 is now in the books, and I for one couldn't be happier. Not because the Bills scored a touchdown but with Week 10 in the books, it means we're one week closer to Thanksgiving. Thanksgiving never meant much growing up, but as you grow up it begins to mean much more. Nowadays it is all about going home for me that makes the holidays mean so much more. As much as I love going home for the holidays, I can only imagine what it meant to Cam (+1%, $5.99) to go home this past week. 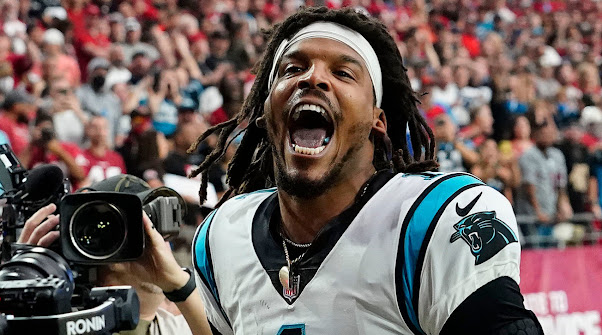 Cam Newton was welcomed back to the squad by scoring on his first two plays of the game. The first was a powerful run by Newton that looked like vintage Cam Newton. The next was a strike to Robby Anderson (+23%, $1.65) who most considered irrelevant in this offense. Needless to say, the Panthers had their way with the Cardinals in this one.

The Panthers are an interesting team to monitor as we enter the final 8 weeks. With Newton back, there's a chance the Panthers' passing game improves. This might be a great time to buy low on Robby Anderson, Terrace Marshall Jr. ($1.77), and Tommy Tremble ($0.74).

For the lucky shareholders & fantasy managers who roster Christian McCaffrey (+7.5%, $16.79), I'm sure they were holding their breath as he entered the dreaded medical tent. With Newton likely getting the start next week McCaffrey is in an interesting spot. Cam will likely be seeing most of the goal-line work eliminating most of McCaffreys' touchdown upside. He's a solid hold for me headed into week 11 but this is definitely something to monitor as we go forward.

The Cardinals need their two best playmakers in Kyler Murray (-0.50%, $6.23) and DeAndre Hopkins ($4.98) if they're going to capture the bye week this postseason. What's interesting about this game was that James Conner ($1.99) ended up with only 10 carries and was not the bell cow we would've expected him to be in this one. Eno Benjamin (-13%, $0.97) carried the ball 6 times in this one compared to Conners' 10. Eno Benjamin may continue to eat into Conners' workload while Edmonds is out capping his upside. 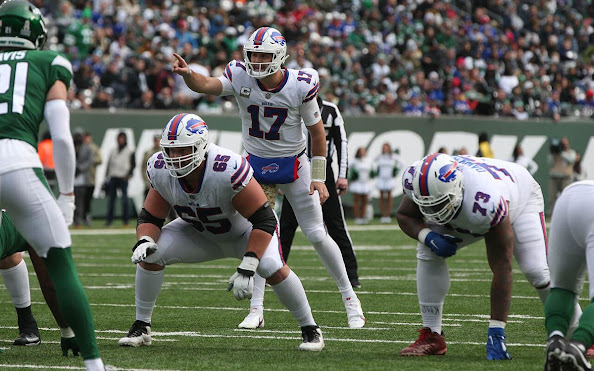 Headed into Sunday it looked like this one might get ugly, but that wasn't a common thought. Mike White (-18%, $1.10) entered the game hot coming off a solid early showing against the Colts and beating the Bengals before that. However, as we noted Sunday morning he had a tough matchup against the #1 pass defense in the NFL.

All things considered, it was the right call to throw Mike White to the wolves, and we should see Zach Wilson ($3.60) take the reigns back this weekend against the Dolphins. Wilson could be a sneaky buy headed into the weekend taking on a Dolphins defense who hasn't been great against the pass this season.

As for the Bills they seemed to do anything they wanted to do offensively in this game after the intermission. Josh Allen (-2.6%, $16.51) and Stefon Diggs (+16%, $10.33) were able to hook up for a pair of scores reminiscent of last season. Last week I noted how the Bills needed to invest in their running game and that perhaps they might get Matt Breida ($0.63) or Christian Wade ($1.00) involved. It appears that Breida was able to capitalize on his situation and got in the end zone in this one. It will be an interesting storyline to follow into the offseason as to whether the Bills can establish a running game or if they're going to have to invest significant capital to the position. 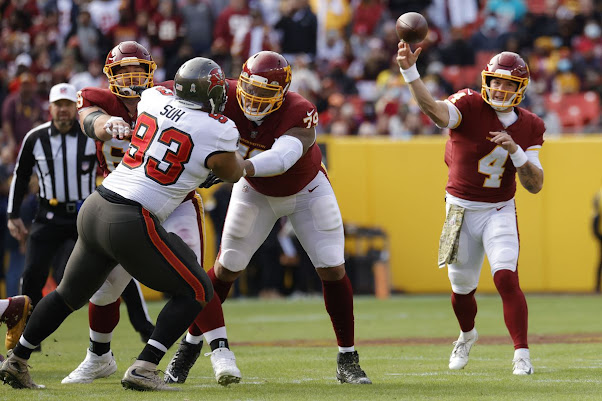 The Buccaneers were trendy picks this weekend in many DFS lineups, and perhaps we should've considered the effect of Tom Brady (-10%, $19.55) not practicing with most of his receiving core.

Without Chris Godwin (-5%, $10.71), most of the week, and Antonio Brown ($9.25) out, plant man Tom Brady looked human. Brady wasn't able to rally the troops from behind in this one after throwing 2 interceptions. Antonio Brown was able to shed his walking boot this past week so a comeback should be looming, and the Buccaneers could certainly use him.

As for the Football Team, they must've dusted off the same gameplan they had from last year's playoff meeting. With Taylor Heinicke (-1%, $1.08) operating as the starter all season he appeared up to the task in this one compared to their last meeting. As for Antonio Gibson (+24%, $2.39), he appears to be gaining steam and working his way back from injury. If the Football Team can get healthy and find their quarterback this offseason the sky is the limit for Gibson and Terry McLaurin (-7%, $1.78). 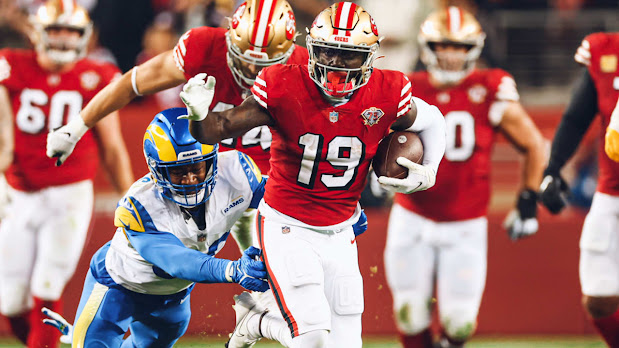 Headed into this game I didn't think the Rams would be leaving without a win in Santa Clara. However, for all the praise Sean Mcvay gets I didn't quite understand their game plan. Matched up with one of the worst rushing defenses statistically, they should've been running the ball more in this one. In fact, Darrell Hendersons' (-12%, $1.62) first run of the night went for 10 yards.

It's easy to second guess the Rams game plan but to McVay's defense, the Rams weren't doing the little things right either. With several drops and poor read, the Rams offense for the second week in a row appears to be turning into a liability. If they can't figure this out going forward the 2021 dream team might suffer the same fate as Andy Reids' 2011 dream team in Philadelphia.

It's funny to think that this offseason both the Rams and 49'ers thought they were getting an upgrade at the position this year. While I still do believe that Matt Stafford (-12%, $5.40) is an upgrade over Jared Goff (-15%, $1.42), I'm not quite sure why San Francisco was in such a hurry to send 3 1st round picks for Jimmy Garoppolo's (+.70%, $2.68/share) replacement. Garoppolo has played well when asked to, and it has always been a matter of health with him and not a matter of talent. When Jimmy is healthy he is one of the best 32 players in the world throwing the football. It also helps when you have one of the best tight ends in the league in George Kittle (+3%, $5.90/share), and ascending superstar Deebo Samuel (+19.47%, $3.85/share). If San Francisco can get going here they might be able to make some noise in the postseason.

Other news and notes to monitor:

Thanks for joining us and reading all the way to the bottom! Make sure to give me a follow @DynastyMad, and let me know what you think. I'm looking forward to talking stocks and stories with you all every week! Until then, remember, if you send this link to a friend, you'll BOTH receive free shares when they deposit of $20 or more:
www.predictionstrike.com?referral=zhker
Happy trading,
Justin Andrew & The PredictionStrike Team