What is up everyone! Welcome to this week's Blue Chips and Penny Stocks! We are busy around these parts with all three major sports – UFC, NBA, and NFL – happening this weekend, so we’ll get to some stock picks shortly… but first, friendly reminder that…

DEPOSITS ARE BACK! Update your apps, and you'll be able to link your bank account directly so that you can deposit and withdraw funds with ease. Credit card capabilities will be back soon, but until then, we hope that the safety, security, and efficiency of the bank account method will keep you satisfied in the meantime.

With that said, we have a lot to get into this morning, so let's kick it off! 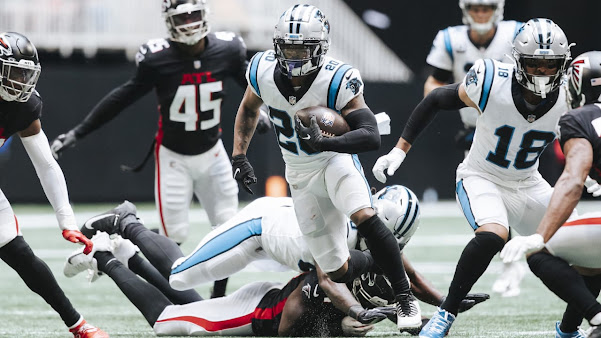 Like many, I was snake bitten once again by the injury bug in my regular fantasy football leagues. I had two teams exposed to Christian McCaffrey (-15%, $14.94/share), and I will most likely miss the playoffs because of it. This isn’t the time or place to grieve, but I think we are in agreement that CMC will never be a 1.01 pick ever again. Luckily I was able to dodge that bullet on PredictionStrike, and hopefully we can take a sad situation, and make it a good one with Ameer Abdullah.

Now, if you have played fantasy long enough, you probably know the name, and have most likely been disappointed with his output in the past. He seemed to always be the “next man up,” but never seemed to deliver on his potential. But this is PredictionStrike, and not typical fantasy. We don’t need Ameer to be our team savior, we simply need him to beat his projections, and I think he will have a very good shot at doing so.

When people talk about CMC sidelined for the remainder of the season, all eyes go to Chuba Hubbard (+.43%, $2.46/share) and rightfully so. The Panthers drafted Hubbard for this exact situation, and he will rightfully be the number one option for the remainder of the season. That should be what's happening, but reality is quite different. Yes, Hubbard will get the bulk of the carries, but the actual stats tell us a different story. Over the last four games, Abdullah has out-touched Hubbard 23 to 15, and in Week 12, Abdullah played 49% of the snaps compared to Hubbard’s 20%. Hubbard is the “starter” but not who we want to target. We want to target Abdullah, not for his lackluster running ability, but his superior pass catching ability. All the stars are lining up for Abdullah to have a JD McKissic-like role down the stretch. Consider all the reasons. One, the Panthers stink, so they will be playing from behind. Two, Cam stinks, and can't throw the ball down field. Case in point, Cam’s depth of target thus far this season is 6.9 YDs. “Super Cam” is now “Captain Checkdown.” This means a lot of targets to running backs. To put that in perspective, CMC has seven and ten receptions in the games Cam was playing / McCaffery wasn’t injured. And if you are worried about Cam getting benched again, PJ Walker (0%, $0.85/share) isn’t much better when it comes to depth of target. To drive the point home, Ameer had 5-plus targets in three of his last five, and 4-plus targets in four of those five, and four of those games McCaffrey was healthy. Imagine what he will do with no competition. The Panthers are on bye this week, so we don’t have a projection yet, but considering Chuba is the “number one option,” I expect Ameer’s projection to be around 6-7 fpts. This can realistically be achieved in the first half… Everything else is gravy. 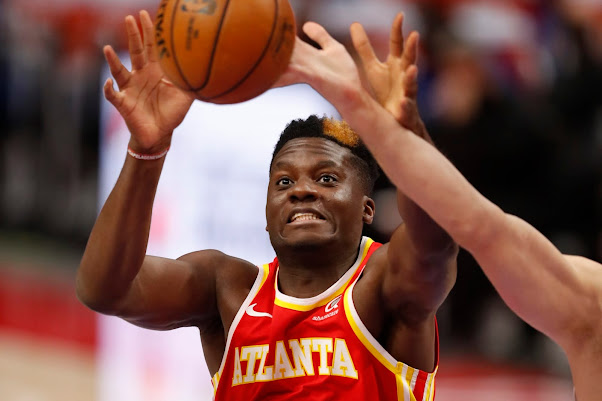 We have a true penny stock today! Clint Capela, sitting at a surprisingly low $0.93 a share. Capela is the type of player that routinely flirts with 20 PTs and 15 REBs, but I guess that’s why his projection is almost 40 fpts. That’s a high projection, and we can get burned by being too cavalier with high projections. Look at Capela’s 3-month chart. It’s a little up and down, but there is little change. That is because projection makers seem to have figured him out, and on average, he’ll fall either a little above, or a little below projections. For investors who want to make money, this is not a good strategy to hold for long term, so why bother investing at all? Well, glad you asked.

Personally, I only invest in these types of stocks if I find a target where it makes sense, and I think we have an opportunity this coming weekend for Clint Capela. Clint and the Hawks play the 76ers tonight, but I am fading him tonight. I am waiting until we have a more favorable matchup, and we are getting a double dip in the coming days. What is Clint’s biggest strength? His rebounding ability; plan and simple. Capela is ranked third in the league with an average of 12.5 REBs a game. On Sunday, he plays against the Charlotte Hornets; on Monday he has a back-to-back against the Minnesota Timberwolves. These two opponents are precisely why I am investing in Capela this weekend. The T-Wolves are the third worst team in the league allowing REBs, and worst in the league defending offensive REBs. The Hornets are dead last in REBs. This will be Clint’s first time playing Minnesota this season, but he has played the Hornets, and he put up 20 PTs and 15 REBs, beating his projection. I am expecting even more on Sunday and Monday. Next week, they only play two games in seven days against the Nets and the Rockets. You can hold them if you want, but I plan to sell them on Monday night, hopefully with a lot of green on the screen. 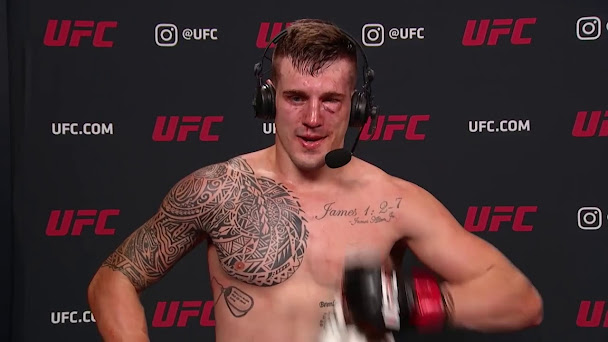 We had a week off from UFC last week, but we are back with a monster card for Fight Night tomorrow! The legend Jose Aldo ($3.75/share) fights #4 ranked Rob Font ($4.00/share) in what is destined to be a monster of a main event. I have some thoughts on that fight, but you will need to follow @ChipsStocks for buy alerts tomorrow afternoon! Today, I want to touch on my favorite stock on tomorrow's card, Brendan Allen.

Allen fights in the middleweight division, and is currently (and criminally) unranked. Allen was supposed to fight #11 Brad Tavares ($2.00/share) tomorrow, but Tavares had to withdraw. Tavares was replaced with very dangerous contender Roman Dolidze ($1.00/share), but that too got scrapped. Personally, I can’t find a definitive reason why either fell out, but rumor has it Tavares dropped out due to ongoing complications with a previous case of covid, and it's a damn shame. Brendan Allen should be ranked, and being able to face a ranked Tavares would have given him the chance to catapult himself inside the rankings. But don’t cry for Allen, he will still fight tomorrow night against a fan favorite, Chris “The Action Man” Curtis ($0.85/share). People absolutely love Chris, and you will hear a lot of so-called experts pick him to win this fight. Don’t listen to them. Curtis is an absolute dynamo, and a blast to watch, but he's simply overmatched, and more importantly oversized compared to Allen. Brendan is bigger, faster, has better cardio, better wrestling, grappling, you name it. Curtis is nasty when in the stand-up position, but he won’t be able to just waltz into the octagon and knockout Brendan. Allen can beat Curtis six different ways, while Curtis is relying on one outcome. If you don’t believe me, look at the Vegas betting odds. At the time of writing Allen was the biggest favorite on the board at -365. Now, considering both fighters are “unranked” Allen should go up pretty substantially because the official difference between the two fighters is nonexistent. I am expecting big things Saturday night, so make sure to follow along on the buy alerts.

That is it for me this week guys! We sprinkled across all three sports, and look to make that money in all of them! Next week we have a massive pay-per-view fight, UFC 269 with two belts on the line! I promise, you will not want to miss next week's article. As always, make sure to follow on Twitter. My DM’s are open if anyone wants to talk UFC, NBA, or NFL.