Earlier this week I said I was excited for more football after the Bills and Patriots their disastrous offensive performance. However, I hadn't realized at the time the NFL overlords were giving us the "Detroit bowl." Now that we're past this, we can focus on the rest of the slate which is filled with plenty of playoffs and divisional intrigue. 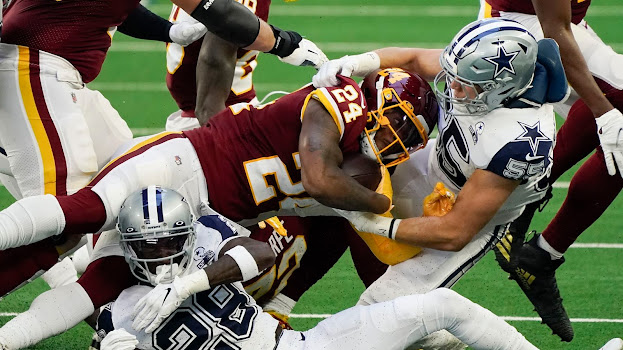 This is the game of the week in my opinion. The Cowboys travel to Washington with the division likely in balance. Dak Prescott ($8.54) enters this game having thrown an interception in 2 of his last three games. The Dallas offense has taken a step back over that stretch, having scored just 3 touchdowns across three games.

Throughout the week we've heard Ezekiel Elliott ($6.91) has been battling through injury and Tony Pollard ($1.88) is a game-time decision as he's dealing with a plantar fascia injury. The injuries appear to be coming at an inopportune time for this team who's holding onto their division crown with a 2 game lead and 4 divisional games left.

If the Cowboys are going to wrap up this division this weekend they're going to need to rely upon Dak and the passing game. While the running game is littered with injury, the receiving options are back healthy in the nick of time. Amari Cooper ($4.93) came back last week and played through his first game since coming back from COVID. With CeeDee Lamb (-1%, $5.66), and Michael Gallup (-1%, $2.83) this will be the second time in the three-game stretch that all three of them are available. With the passing game back at full strength now is a good time to buy your favorite Cowboy wide receiver as Washington is top ten in the NFL in terms of yards per pass attempt, and has given up the most passing touchdowns in the league this year.

If Washington is going to take the division they're going to have to do so on the ground. The story of Taylor Heinicke (-4%, $1.05) is great, but the Dallas passing defense is one of the best in the NFL. The Cowboys' defense is tied for the 5th fewest touchdown passes this season, but is near the bottom in terms of yardage given up. The story of this game may come down to whether the Cowboys continue their league-leading interception trend. If Washington doesn't establish the run with Antonio Gibson (7%, $2.70) early Heinicke will continue to throw interceptions. Consider that in his 11 starts Heinicke has thrown 10 interceptions in 6 of his 11 starts.

Other Storylines to watch Sunday: 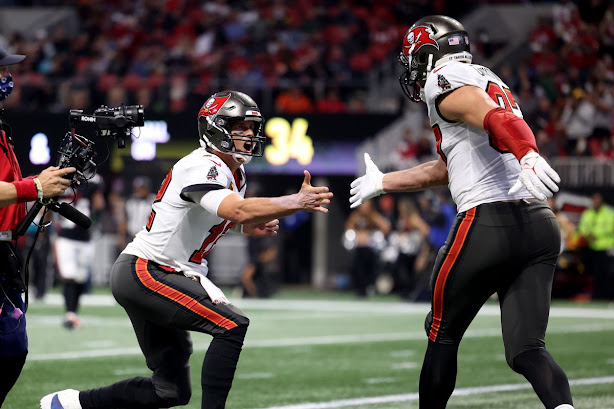 Another big game this weekend to watch is the Buffalo Bills and the Tampa Bay Buccaneers. Coming off a loss to New England Josh Allen and company now draw the short end of the schedule stick and play Tom Brady.

In what is likely to be the highest-scoring game of the week I'm curious to see how Tampa Bay attacks this Bills defense. While New England ran the ball at will on Monday with success it would behoove Tampa Bay to do the same, or so one would think. However, two weeks ago we Tre White go down for the season due to an ACL injury leaving this pass defense thin at the position. While Buffalo still has Jordan Poyer and Micah Hyde, it will be interesting to see just how much Tom Brady (9%, $18.53) can expose Dane Jackson this weekend. My hot take, he will expose him very badly.

However, Buffalo isn't the only team entering this game finding difficulty concerning defending the pass. Tampa Bay is tied for 8th in terms of most passing touchdown given up this season, and I don't think that will improve this weekend. While the Bills would like to run the ball better, they, unfortunately, are not able to do this consistently. At this point in the season that would be difficult to improve upon. As such I'm out on Zack Moss ($2.62), Matt Breida (-15%, $0.62), and Devin Singletary (-15%, $0.74).

Other Storylines to watch: 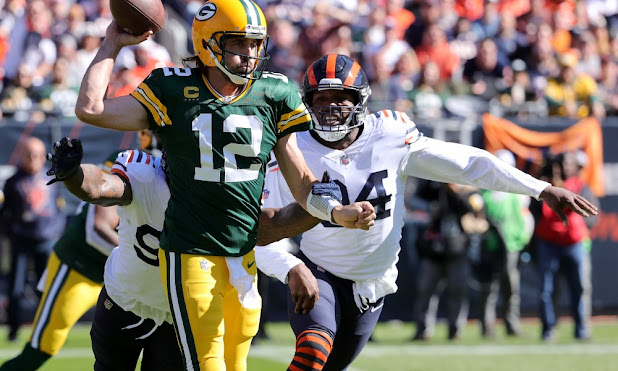 Justin Fields ($4.06) is back in the saddle again. The Chicago Bears head to Lambo field in December with no snow in the forecast. All things considered, the weather looks like it will cooperate.

Fields is searching for his first 300-yard game and multi-touchdown performance. While many in the fantasy industry pumped Fields as a can't miss Konami code quarterback he has suffered the same fate as his rookie brethren. While many don't expect the Bears to win this game we're all tuning in to see if Fields can show us why he's the guy in Chicago. While a win would be great for him, perhaps just getting through the game without a sack is what Bears fans should aim for.

As for the Packers, Aaron Rodgers ($13.19) comes in nursing a toe injury and should be getting Aaron Jones ($5.52) back from injury. I'm genuinely curious to see how the Packers distribute touches should Jones come back from his injury (he's currently not on their injury report). AJ Dillon looked good in Jones's absence.

Regardless, this is a great spot for Rodgers to showcase his talent for other general managers. Just 4 months ago Rodgers and Davante Adams ($8.71) posted their last dance photos on Twitter and it is all but confirmed neither will be back next year. I don't expect this game to be particularly close with the Green Bay offense being back at full health but perhaps the Chicago defense can get some stops this week and make this into a game.