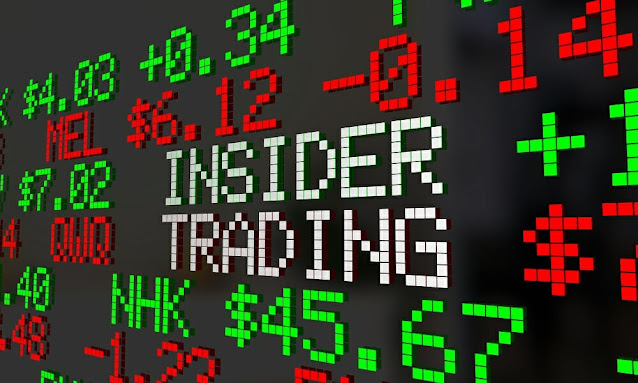 Good morning, everyone! Welcome to the NFL regular season finale rendition of Insider Trading! Some teams are playing for playoff matchups, and other teams are playing for draft position. Let’s just say a LOT is on the line this weekend in the NFL! But when we look at the board, one game in particular has playoff implications like no others… I will get to that game shortly, and introduce you to my awesome guest, but before we do that, some housekeeping!

If you haven’t heard the great news, PredictionStrike is giving us a DEPOSIT BONUS right before the playoff push! For every $25 deposited into your account, you will receive a FREE share chosen at random, up to 120 shares. One lucky user got 82 FREE Ja’Maar Chase (+65%, $12.25) shares the day before his massive 62% gainer Sunday afternoon! Do yourself a favor, and give that portfolio a little stimmy before the playoff push! The bonus is good till the end of today, 1/7/21, so get to it!

To my NBA and UFC fans, know that I haven’t forgotten about you. Football will soon be winding down, and I’ll spending all my energy focusing on the other 2/3rds of the PredictionStrike marketplace. We have the first UFC card of the year next Saturday, so look out for an article next week breaking it all down. And lastly before the Insider interview, a friendly reminder that the PredictionStrike Discord is live, and it is POPPING! We have seen an influx of new users join the conversation over the last week or so, and the discord, no pun intended, has been electrifying. I have invested in a handful on stocks because of the discussions being had online, so if you want to join the “Discord Army,” and be a part of the conversation, join us on Discord! There is a link pinned to my twitter account, @ChipsStocks, but you can also find it right here: https://discord.com/invite/sJFBXHtK

And finally, onto the main event! There is one game that is soooo important, the league flexed it to primetime, Sunday Night Football! If you still haven’t guessed it, I am of course talking about the Los Angeles Chargers at the Las Vegas Raiders. We are lucky enough to be joined today by the one and only David Droegemeier, host of the Locked-On Chargers podcast, part of the Locked-On Podcast Network. David, along with his co-host Daniel Wade provide us the most in depth Chargers podcast on the airwaves. If you are a fan of the Chargers, a shareholder of Justin Herbert (-3%, $11.35), or just want to be smarter about NFL football, make sure to check ‘em out! And of course, follow David on Twitter @DrotalkSD, where you can get all the Chargers news you need in 280 characters or less. After you read our interview, I know you will be pumped to invest in all things Bolts, so, without further ado… welcome, David Droegemeier! 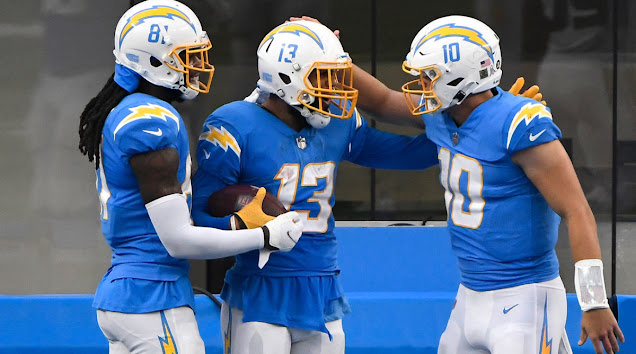 Alex: Before we get into specific players, let's talk quickly about Sunday nights playoff implications. Can you educate our readers what’s at stake for these two teams?

David: Absolutely! First off, thank you for inviting me to provide some insight on the Chargers! The playoff implications in this game are as heavy as they get. You win on Sunday Night Football, your season continues with a ticket to the playoffs. You lose? Your season is over and you go home. This is as close to a playoff game in the regular season as you are going to get.

Alex: And if the Chargers win Sunday night, it will most likely be because of a big performance by Justin Herbert. Justin is currently sitting at $11.35/share, and has a projection of 20.64 fpts. Is he someone investors should be looking at for Sunday, and bigger picture, for the playoff push?

Alex: The Chargers, the Bengals, and the Chiefs are the only three teams with a duo of 1,000+ yard pass catchers going into week 18. Keenan Allen (-4%, $3.04) and Mike Williams (+4%, $4.03) have been fantastic this year, but it has to be said that Williams has been slumping a little over the past month or so. His lack of production has given investors a decent buy back price, with reasonable projections (13.75 fpts) going into Sunday night. Should investors be looking at Mike Williams to regain that chemistry he had in the early portion of the season, or is there someone else on the receiving core we should be looking at?

David: Mike Williams has never been a high volume target but he has always provided big splash plays. Throughout his career Mike has averaged 16.3 yards per reception. This year with 67 catches, 1027 yards, and 8 touchdowns he’s averaging 15.3 yards per reception. Mike Williams is always a big play threat but you just don’t know when those plays are going to come. If you want someone who’s guaranteed to get a lot of targets… look at Keenan Allen.

Alex: Since you live and breathe Chargers football, you know the good, the bad, and the ugly. That means you know what the Chargers are good at offensively, and also… what they are bad at defensively. Saying that, is there a player on the Raiders offense that you can see giving the Chargers problems?

David: Looking at the Raiders offense there are 3 guys that you need to game plan for. They would be WR Hunter Renfrow (+9%, $2.01), TE Darren Waller ($3.37), and RB Josh Jacobs (+4%, $1.48/share). Hunter Renfrow is a demon on 3rd downs and in the red zone with his route running, strong hands, and natural feel for the soft spots in the zone. Darren Waller has been injured since Thanksgiving but could come back to play in this game. If he does play, I expect the Chargers to use a combination of cornerback Michael Davis and Safety Derwin James to limit Waller’s production. Waller has unique speed for a tight end and can wreck a game. Lastly, it's important to contain Josh Jacobs to prevent the Raiders from getting into 2nd and short and 3rd and short situations. It’s difficult to rush the passer and get off the field on 3rd downs when the offense has easy conversion opportunities.

Alex: Last but not least, if you could only invest in ONE athlete across the NFL, NBA, or UFC, who would it be, and why? Bonus if it’s a Charger, but it does not have to be!

David: I know you said it doesn’t have to be Chargers related but I truly feel like Justin Herbert is a guy I would invest heavily in and I'm going to tell you why. Justin Herbert has the look you want in an NFL quarterback. He’s 6 foot 6, 240, smart, good looking, and supremely talented. And oh by the way, he plays in the biggest media market in the world: Los Angeles! Justin Herbert set the Chargers single season passing touchdown record in his 2nd season in the league. This kid is on the verge of superstardom and you would be wise to get on this rocket ship because it’s about to blast off.

There you have it folks! An insider view of the NFL’s first de facto playoff game! Win, and you’re in, and I am all about it! Luckily I have been a Justin Herbert shareholder since the beginning of the season, so I am covered, but if you are on the outside looking in, I suggest considering some Ekeler, Herbert, Allen, or even some Renfrow… Let me know what you think on Twitter, and make sure to support the Locked on Chargers Pod! Remember to get that deposit bonus TODAY before it is too late, and get playoff ready! I look forward to talking UFC with you guys next week! Until then…