Good morning everyone, and welcome to a very exciting playoff version of Blue Chips and Penny Stocks! We somehow managed to survive the longest season in NFL history, and still have money in the portfolio to push on! If the regular season finale between the Chargers and Raiders has any implication as to how this year's postseason is going to play out, we are in for a treat! Last season's playoffs were very profitable for the BCPS article, and we hope to continue that tradition. I have two unorthodox picks for this week's article, but they should treat us shareholders nicely for the entire playoff push. Before we get down to the stocks, let me remind you we have the first UFC event of 2022 THIS WEEKEND at the Apex in Las Vegas. It is a Fight Night event, so earlier start times Saturday. To get you covered, we have a special Insider Trading coming out Saturday morning, and you won’t want to miss it! More on that Saturday, but for now, let's get to some football! 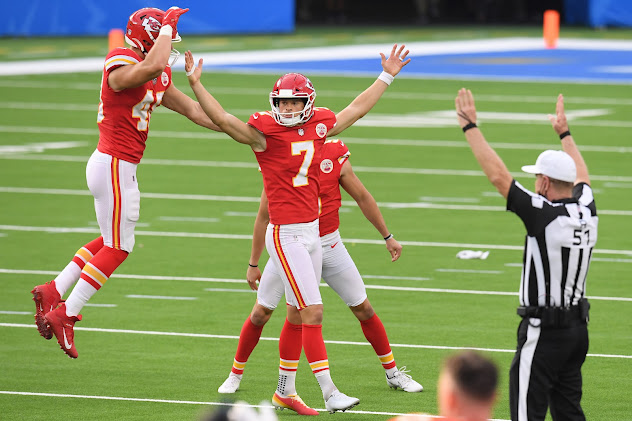 My first recommendation this week is a true penny stock… in Mecole Hardman! Now, if you are a member of the PredictionStrike Discord, you already know the hype for young Mr. Hardman. He is Mahomes’ security blanket last weekend when Tyreek Hill (-15%, $8.28) was limited with a heel injury, and made the absolute most of it, hauling in eight catches for 103 yards and 10 rushing yards as a cherry on top. Word coming out of Chiefs practice was that Hill was a full participant Wednesday, but that does not mean Hardman is now chopped liver. Mecole should play an intricate role if the Chiefs want to make another run at the Super Bowl. If we simply look at player history, we see two obvious positives. First, mere weeks ago on December 26th when the Chiefs last played the Steelers, Hardman caught all three of his targets for 30 yards and a touchdown, a total of 12.1 fantasy points. The second piece of player history we have to look at would be last season's playoff appearances. The Chiefs had a first-round bye last season, so they only have a three game sample size. If we remember correctly, the Bucs’ defense absolutely smothered them, and they could barely move the ball. Hardman had a putrid two catches for four yards that night, but the other two performances stand out. In two of the most important games of the season, Coach Reid and Patty Mahomes incorporated Hardman into the offense. Both games he scored double digit fantasy points.

I could go on and on about the team, how good they are, the likelihood of them making it to the super bowl, yada yada yada, but I’ll get to that below with a stock rec I’m REALLY excited about. All the same stuff applies. It comes down to this. The Chiefs will move the ball. The Chiefs will score a lot of points. In fact, the Chiefs have the highest implied team total this weekend at 29.25. Three touchdowns and three field goals? Fingers crossed. 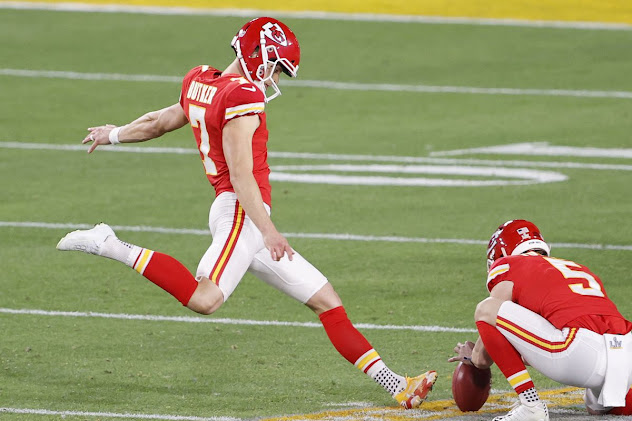 This weekend we have some of the biggest names in football going head-to-head. We will have historic franchises like the 49ers and the Cowboys facing off, and bitter rivals Bills and Patriots in freezing Buffalo. But above all else, the one thing everyone is looking forward to this weekend… kickers! That’s right America, it’s playoff time, which means last minute heroics, missed opportunities, and of course infamous double doinks. The quarterbacks might get the big bucks, and the position players might get all the attention, but the kickers, they are the real unsung heroes of playoff football.

Now, all joking aside, let's get down to the money. Yes, Harrison Butker is a kicker, but remember folks, #KickersArePeopleToo. Butker is not just any ordinary kicker either, he is considered one of the most consistent kickers in the NFL. You can literally count on one hand the number of kicks he has missed all season. Now, one of the biggest arguments against Butker, is one of the main reasons I am investing in him for the postseason. Critics have said that the Chiefs offense is too potent, and too efficient, making the kicker position irrelevant. These arguments have some merit – in fact, Butker was below average in field goals attempted (21st in the league) with 28 attempts. To cycle back to the consistency thing, he made 25 of 28, with all three misses over 50+ yards. When the Chiefs offense is scoring touchdowns, Butker can’t be kicking field goals (4th mist PAT in league, would have been 2nd, but Butker missed a game due to COVID). So you can see, the argument that his team is just too good somewhat makes sense. Well, at least it does for the regular season. This is playoff football. Things get a little more difficult. In week two against the Ravens he went 5-5 on PATs and no field goal attempts. In week four he went 6-6 on PATs and no field goal attempts. In week six he went 4-4 on PATs and 1 field goal attempt. You see what I am saying right? He was not able to put up gaudy numbers this season, only because the team was damn good. Only three times this season did he attempt more than two field goals, never going over three attempts.

But like I said, playoff football is a different beast. You start to play the cream of the crop, and every single point is precious. Yes, I am aware Andy Reid is considered a gutsy play caller, and will go for it on 4th down from time and again, but that doesn’t matter when you have consistency like Butker. Consistency not only with his foot, but also with his PredictionStrike Fantasy projections. Even with everything mentioned above, how he is below average in field goal attempts, Butker still managed to meet or exceed his projection 11 out of 16 times. That means he is beating his projections 69% of the time (nice). That means you basically have a 70% chance (during the regular season) to make money week over week. When it comes to the playoffs, it gets even better. Last season, Butker went 6-7 on PATs and went 7-8 on FGAs, including a game he went 3-3 and a game he went 3-4.

And now the final nugget to push this over the finish line. Butker is the Kansas City Chiefs Kicker. The Kansas City Chiefs are currently the odds-on favorite to make it to the Super Bowl out of the AFC at a staggering odds of +175. That means the Vegas oddsmakers think it is a very strong possibility for the Chiefs and Butker to play four more games. Kickers might not make you rich on PredictionStrike like a one in a million WR3, but they sure are consistent. If you want to invest money today for someone who has a great shot at going to the Super Bowl, why not invest in someone like Harrison Butker?

Alright, all you Kansas City fans, you are welcome. I didn’t sit down and plan on writing a love letter to the Chiefs, but sometimes that's how it goes. You know, it’ll be just my luck, and Big Ben (-4%, $3.06) will somehow get his old ass up and down the field and beat the Chiefs this weekend, and I’ll look like a fool. Ahh who am I kidding, Ben doesn’t even believe that! We are good! Thank you all once again for joining me for this Blue Chips and Penny Stocks article! Remember, Saturday morning I will be back with a special UFC Insider Trading article to get us ready for this weekend's UFC card. You’re not going to want to miss that one. Until then everyone, be safe, and buy Boykin! (Real ones know).