Championship weekend is here, and we should probably temper expectations after the greatest week we’ve seen in some time occurring last week. With only two games to consume, and the last of multiple games, enjoy the action…because we’ve entered the final course of our multiple course meal. 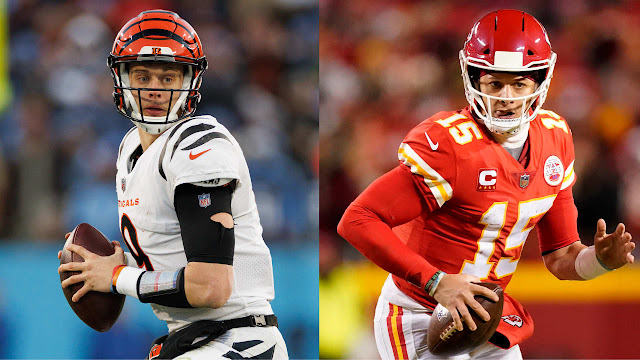 Color me shocked Zac Taylor is coaching in the AFC championship game a year after the organization had to release a statement of confidence for him.

With the shortened article this week I’ll tell you a short story about myself. As a football fan, naturally I played football for four years in high school. Well I wouldn’t say I played… but I was on the team. My final year of eligibility I wanted to put my best foot forward and attended the University of Nebraska football camp.

On that trip I had the pleasure of meeting then quarterback Zac Taylor as he spoke for an FAC meeting one night. Taylor was taking over at quarterback for Joe Daily and was Nebraska’s first true west coast quarterback and the first hand-picked quarterback of then coach Bill Callahan. He is one of the nicest people you’ll ever meet, yet was also extremely confident in himself. He’s also as tough as he is confident, as he took a beating that year while leading Nebraska to an Alamo Bowl victory over Michigan. Since meeting Taylor prior to that season I’ve been a fan, and I’m a bigger one today of the person. So, as surprised as I am he’s coaching in the AFC championship a year after almost losing his job shouldn’t really surprise me.

As for the game, it’s an interesting one in that the Bengals won the original matchup between the two. Joe Burrow (-8%, $8.05) threw for over 400 yards against the same Chiefs team they’re about to face. It’s not unreasonable to think Burrow replicate this performance as not much has changed since the last time these teams squared off. Ja’Marr Chase (-8%, $9.99) is the player everyone has eyes on, and for good reason. After breaking the 100-yard mark, and against the Chiefs last time they played many feel comfortable with him having his way with this defense again.

However, Joe Mixon (7%, $14.50) could benefit the most today. The Chiefs are going to be worried about not giving up the big play to Chase in this one unlike the last time these teams played and I think the Bengals would be wise to counteract that with a heavy dose of Mixon. The Chiefs also offer one of the worst rushing defenses in the NFL.

Conversely, Patrick Mahomes (18%, $18.19) draws a similarly putrid defense against the Bengals. The head scratcher here is that the last time these teams played it was Darrel Williams ($1.83) who led the charge with two scores and the most yards from a non-quarterback. The Bengals can and should be exploited by the Chiefs in this one. I’m not bullish on any Kansas City running back in this one. Tyreek Hill (15%, $9.42) I’d imagine ends this game for the most yardage for the Chiefs but don’t be surprised if Byron Pringle ends up with that crown.

All in all, I think this game ends in a shocking upset with the Bengals getting the last laugh over the Chiefs and punch their ticket to the post-season. As for investment purposes I’d be lying if I said I wasn’t interested in Tyler Boyd (-18%, $1.60), especially with the Chiefs defense banged up after Josh Allen physically broke them down last week, and Boyd on a dip. 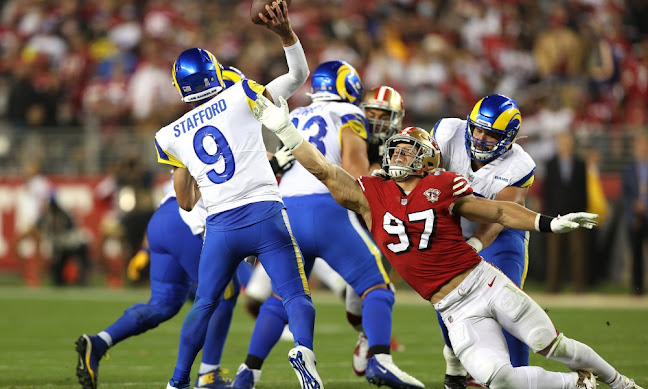 We go from one game that I view as a probable offensive shootout, to this one, which I believe will be a slugfest. While Matt Stafford (18%, $5.89) has rejuvenated his career in Los Angeles he’s still trying to fight through his knack for inopportune turnovers.

As I’m sure you’ve heard all week, Sean McVay is 0-6 in the last 6 meetings against Kyle Shanahan. While this game isn’t likely going to be an offensive shootout, these coaches typically save their best stuff for last, I suspect this game will come down to the wire. If San Francisco can get pressure with their front four without blitzing this could be a long day at the office. As I see it, San Francisco’s talent is every bit as talented as Los Angeles. Jimmy G (-14%, $1.57) deserves his credit, and Deebo (-12%, $4.59) has been on fire.

If the Rams are going to pull this off, they’re going to need Cooper Kupp (9%, $12.76) to beat the likely double coverage and find holes in the zone. He’s done it all season… just not against this team. Maybe it’s a matter of them getting the devil off their back. We’ll see shortly!