We're not even a full day into this year, and COVID has its first quarterback victim of 2022. As each day goes by sometimes it feels as though some things change, but also remain the same. Consider that the Vikings have a similar quarterback situation this Sunday that they've had the last 30 years…which is no long-term franchise quarterback. Maybe Kirk Cousins (-1%, $8.64) COVID status is an ominous sign this team has fresh blood coming to this off-season, or maybe it's just a highly infectious disease identifying another host. Kirks salary screams it is the latter.

Kirks' situation is just one of the off-season storylines we can speculate on this off-season, today I'll shift back to the task at hand: the second to last week of the 2021 season. 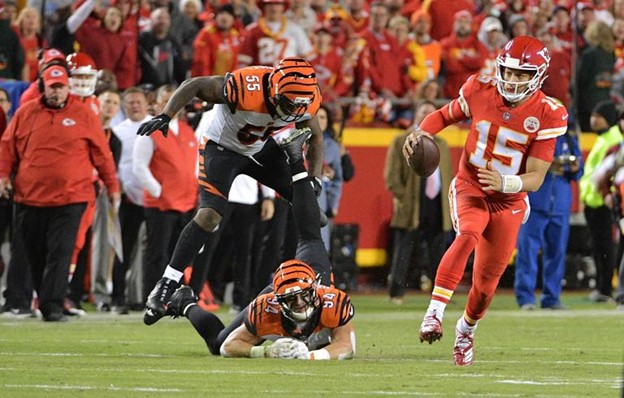 If you've ever been to Cincinnati you'd realize it's another midwestern state. While I live in Kansas and think it's superior, these cities and states aren't all too different. Two smaller cities compared to the coasts with a lack of college football presence, but a pro team to root for. However, the Chiefs and Bengals have had entirely halves of their season.

The Chiefs started the year with a below-average record of 4-4, leaving many to question how good this team was. Patrick Mahomes (2%, $12.57) and company have now reeled off 7 straight wins en route to their AFC West title. Mahomes gets Travis Kelce ($8.79) back this week after missing last due to the Coronavirus. Last week Mahomes was able to rely upon several wide receivers while dismantling the Pittsburgh Steelers.

As we evaluate the Chiefs going forward it's easy to question just how stable of an asset Kelce is. Assuming the Chiefs lock up home field this weekend, leading them to rest their starters in week 18, Kelce will likely finish with his lowest yardage total in 2017. While Kelce is still an elite tight end, there's no question that at 32 his best days are likely behind him. Kelce is no longer a sell high when you reflect on this season, but can be sold now for more than we will probably see in the future. Kelce is down almost 30% compared to his price at kickoff in week 1. As Mark Cuban routinely says "and for that reason, I'm out."

As the Chiefs get ready to clinch home-field advantage today, it's fair to wonder how much longer these elite offensive weapons will be around. Just last week Tyreek Hill (-15%, $10.88) played second fiddle to his teammates. Entering 2022 Tyreek has one year remaining on his deal, and similar to Kelce has returned -25% ROI this season. While I'm firmly in on Mahomes' long-term potential, I think we're closer than we think to some Kansas City retooling their offense.

As for the Bengals, they started 5-3 and were darlings throughout the first half of the season until Mike White entered the picture. After going 4-3 over the last 7 games the Bengals enter Sunday in a tough spot going head to head with the Chiefs to stay in the playoff race. Joe Burrow (25%, $7.37) has a tall order against a Chiefs defense that has allowed 10 points or fewer to 4 of their last 5 opponents.

If the Bengals are going to pull off the upset It going to have to come through the air. The Chiefs have been great against their competition this season, but haven't had to contain a receiving core as strong as the Bengals offer. Tee Higgins (47%, $6.37), Tyler Boyd (14%, $1.72), Ja'Marr Chase (8%, $7.45) are entering this game on a high note hoping to keep things rolling. Should the Bengals pull off the upset they could lock up a playoff or division title this weekend.

Other Storylines to Monitor: 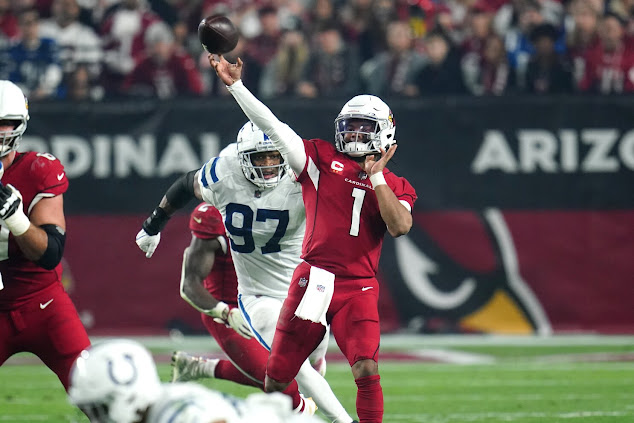 Tough to imagine a couple of months ago typing the words that Kliff Kingsbury enters this game on the hot seat. The Cardinals and Kyler Murray ($6.07) started the season with 7 straight wins, and Kyler Murray in a tier of his own. As we enter week 17, the Cardinals are 3-5 after that hot start.

While Kyler Murray and Deandre Hopkins ($4.44) have missed significant time this season, there's no excuse for the way this team has been playing. If we think back to last season, after beating Buffalo on the Hail Murray, the wheels fell off down the stretch that season as well. If Kingsbury is going to retain his job this season, he's going to have to win a playoff game. Should the Cardinals lose out this season I don't see a postseason victory in his cards. This game could be the beginning of the end for Steve Keim.

The Cowboys had similar success to the Cardinals this season if we account for moral victories. While starting 101 this season the Cowboys' offense was the talk of the country. As the season has progressed the Cowboys have been battling injuries to their receiving core and running back room. Dak Prescott (13%, $7.51) hasn't been the same since suffering an injury against New England. Since that game, Prescott is down 27% missing projections in 3 of the last 8 games.

CeeDee Lamb (-8%, $4.68), and Amari Cooper (15%, $5.02) have suffered a similar fate to Dak over the stretch. The Cowboys are a pass-first team and if Dak isn't healthy the rest of the offense doesn't work. With Ezekiel Elliott (4%, $6.53) still dealing with his minor injuries, it is clear this team should continue to pass the ball, despite the Cardinals' defensive line issues. With only two weeks left in the season, and coming off an offensive explosion last week, the Cowboys will see if Dak Prescott can find his early-season magic against this lackluster pass-rushing unit.

Other Storylines to monitor: 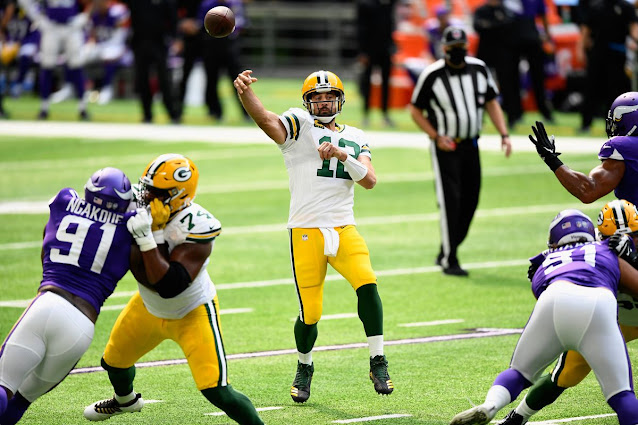 As mentioned earlier, Kirk Cousins is going to miss this game due to being placed on the COVID list. While I'm an advocate for player safety, it's hard to imagine the NFL can't ask the NFLPA for a new resolution on Sunday Night Football kickoffs. I imagine it is harder for fans to adjust their schedules on such short notice, but there should be some form of a late-season flex when you're forced to start Sean Mannion (29%, $0.93). Curiously, a team entering a must-win game or playoff elimination is placing their trust in Mannion as opposed to seeing what they have in rookie Kellen Mond (4%, $1.04). I have an extremely hard time seeing a quarterback with 0 TD's and 3 INT's over his career being that much better.

If the Vikings have any hopes of keeping their playoff hopes alive, it's going to have to happen on the back of Dalvin Cook ($7.97). With one more season until a potential out from his contract Cook finds himself in a peculiar situation. After battling through injuries this season Alexander Mattison (-12%, $1.15) has filled in admirably. With no threat at quarterback perhaps we will see plenty of wildcats sprinkled in with several 2 running back looks. Without a strong running game, the Vikings' life support playoff chances will be cut this weekend.

The Packers find themselves on the other side of the coin. With little competition in the division and MVP candidate Aaron Rodgers (-1%, $15.13) draws a favorable matchup. The last time Rodgers won an MVP award we almost never saw him again, and as the season ends, one has to wonder if the circumstances are more of the same. After posting the last dance photo with Davante Adams (16%, $11.18) this off-season, it would seem as though Rodgers views this as his last season with the Packers.

Something I've noticed is the lack of discussion centered around Aaron Jones (-3%, $5.84) and his long-term status with the team. While he is less than a year removed from his recent extension, the emergence of AJ Dillon (-6%, $2.29) may open the opportunity for the Packers to trade Jones. Perhaps a team like the Bills, who desperately need a game-changing back, could strike a deal post-June 1 which saves the Packers 5 million in cap space. While unlikely, there is a greater than 0% chance this happens. Based on Dillons' price, and uncertainty of this team next year, he is a screaming value buy.

As for the game itself, I don't think this will be particularly close. I'd expect Rodgers, Adams, and Jones to have good games while the Vikings pass-catchers disappear. I've been surprised before, and as the Lions have taught us twice this year, anything can happen in the NFL.