What were 14 teams has now been trimmed down to 8. Sadly, there are only 7 games left of football for the season until I'm here writing about the impact of free agency and the off-season. However, the NFL has given us two games great games for Divisional Sunday.

Before we get into the action, don't forget - we're still running the DEPOSIT PROMO! Until tonight, get a free share for every $25 you deposit up to $5000 (200 free shares)! 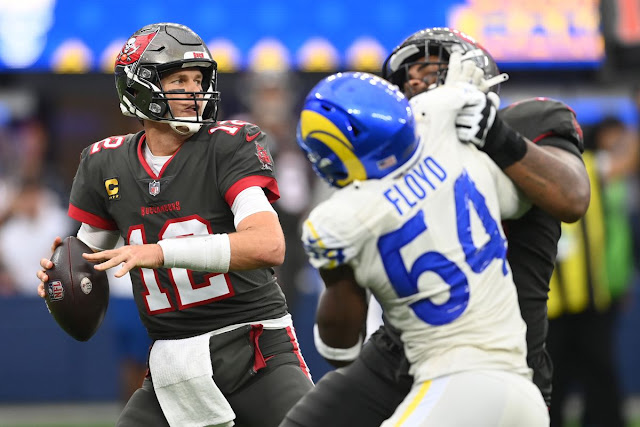 In what could be the best game of the weekend the Rams and Buccaneers face off just one week after dismantling their opponents. Earlier in the season Tom Brady (-3%, $18.66) threw the ball 55 times and scored only once on those throws while running in another. However, in the grand scheme of things it didn't matter as they were flat out embarrassed.

The key this game is going to be if the Buccaneers can get anything going on the ground with Leonard Fournette ($9.89) and Ke'shawn Vaughn ($4.47). The last time these teams squared off the Buccaneers were held to under 50 rushing yards on their 13 attempts. With the way, their passing defense has been playing the Buccaneers can't afford to have many three and outs against the potent Rams offense.

The last time these teams played Tom Brady had Chris Godwin ($10.52), and this time he's going to be short-handed with his weapons. However, Mike Evans (15%, $11.08)is still an elite receiver and Tom will also have Rob Gronkowski (-2%, $6.22). While Tampa Bays' receiving core isn't as stout as it once was it's impossible to discount Tom Brady delivering with a roster devoid of deep pass-catching talent…as he's done that for most of his career. One name I'm still hanging my hat on is Breshard Perriman (-1%, $1.57). I predict that if Tampa pulls off the upset it’s Perriman who delivers a meaningful touchdown in this game.

As for the Rams, they have the clear talent advantage in this game. They're loaded on both sides of the ball with Aaron Donald and Jalen Ramsey. Matthew Stafford (7%, $4.98) is going to have a bevy of options to throw to in Cooper Kupp (-7%,%11.66), Odell Beckham (18%, $1.65), Tyler Higbee (-5%, $2.20), and Van Jefferson (-12%, $0.90). As I mentioned earlier this game interests me mainly because I think the Buccaneers can win if they get their ground game going, but this Los Angeles offense has so much talent that I think if Tampa could hold them to a field goal in every position that's a victory.

As much talent as the Rams have there are two key factors play into this game. I call it the Matthew Stafford and Sean McVay effect. Stafford is a tremendous quarterback, but when the going gets tough Stafford has a habit of poor decision making and those mistakes can compound throughout the game. It's a similar factor with McVay in that sometimes he gets fairly arrogant with his scheme and doesn't always take what the defense gives him. I could see a scenario where McVay tries to prove his brilliance by running Cam Akers (7%, $7.02) against the Tampa front seven instead of taking advantage of their poor pass defense. 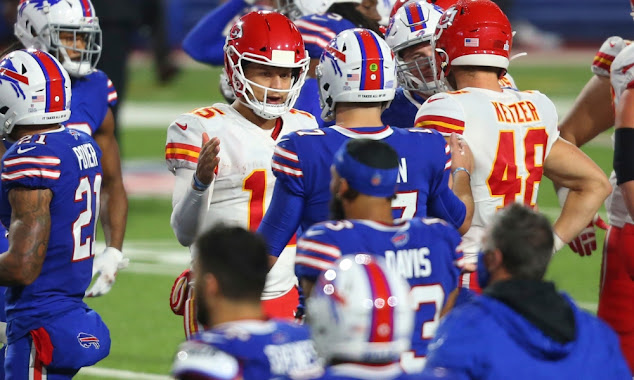 This is another matchup in which two teams are facing each other for the second time this season, and the first matchup wasn't even close. Don't discount the fact that the last time these two teams played they had a multiple-hour weather delay that could have played a factor.

Josh Allen (18%, $22.46) is coming off another impressive performance after destroying the New England defense. While Josh Allen has been fantastic over the last 2 years throwing the ball, I noticed last week Brian Daboll has no problem drawing up those designed runs for Allen. This game will tell us if that was intentional, and necessary, as they had to get creative given the fact they were playing the same team for the third time in 41 days. I believe that Daboll will continue to use Allens' legs tonight, and it will be interesting to see if the Chiefs again find a way to contain him to the pocket as they did almost a year ago from today.

The reality of the situation is that the Bills will face their hardest test on defense since losing Tre White against the New Orleans Saints. Since that game, the only quarterback the Bills have faced has been Tom Brady. This game is going to make the Bills prove themselves all over again while proving they can stop Patrick Mahomes (16%, $15.37) and this offense.

The Chiefs may have whiffed on Clyde Edwards-Helaire ($2.36), but that doesn't mean the Chiefs can't move the ball on the ground. As we found out last week, Jerick Mckinnon (2%, $1.42) filled in admirably and helped dismantle the Pittsburgh run defense. When you combine Kansas City's ability to run the football with their stacked receiving core in Tyreek Hill (-1%, $8.22), Travis Kelce (13%, $8.83), and as of late Byron Pringle (40%, $2.40) there is no limit to what this offense can do. With the threats they present I'm squarely focused on how Buffalo opts to defend Kansas City this game without their best pass defender.