The Best NFL Weekend Ever

That was one of the most compelling weeks of football I've seen in a long time. I'm writing this devastated as a Bills fan but still couldn't believe how many great games we witnessed throughout this weekend. 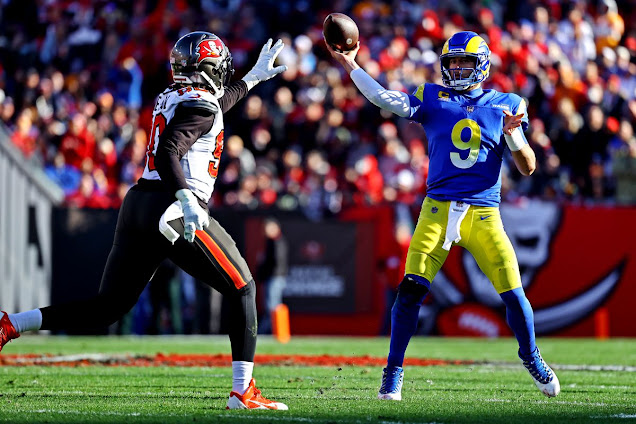 This was one of those games that looked like it was over. Los Angeles entered the game with superior talent and was in control for 98% of it until a dreadful fumble by Cam Akers (-16%, $5.98) which gave Tampa Bay the spark they needed.

What a difference a week makes, just last Monday Akers popped a couple of big plays and became the poster boy for Achilles injury recoveries. Akers had two costly fumbles in this game, and it was interesting to me that they kept going back to him. Akers averaged a measly 2 yards per carrying and with those turnovers easily could have been the scapegoat had the Rams come up short in this one.

Tom Brady (-10%, $16.75) is instead the focus. While the stat sheet looks better at the end of the ball game, early on it wasn't looking pretty. As I had mentioned earlier, headed into this game the focus for Tampa should have been to run the ball and keep Los Angeles offense off the field. Instead, Tampa again elected to throw the ball over 50 times. Leonard Fournette (14%, $11.24) led the team in catches ahead of Mike Evans (4%, $11.51). While both had decent days through the air, today wasn't Tampa's day.

At the end of the day, it shouldn't surprise anyone Los Angeles won. Unsurprisingly, the storyline after the game had nothing to do with the Rams Matthew Stafford (19%, $5.92) or Cam Akers but rather the future of Tom Brady. In what could have been Brady's final game, it leaves a bitter taste in the mouth of Tampa Bay fans. 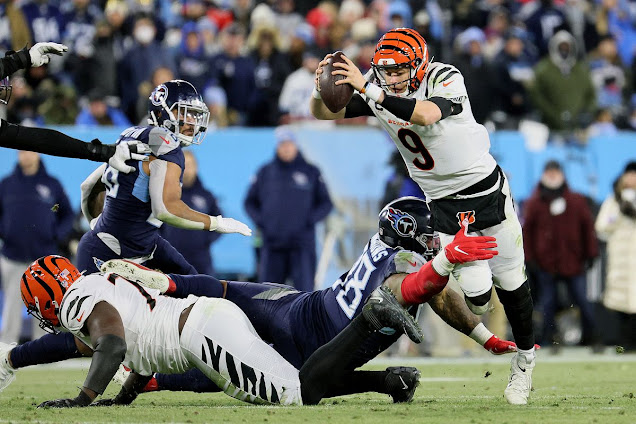 You would think that the Titans had the easiest path to championship Sunday without having to play the Bills and the Chiefs. Instead, the Titans will play neither. Ryan Tannehill (-12%, $6.84) struggled to move the ball Saturday and it cost them dearly.

Ryan Tannehill and the Titan offense is one reason I'm bullish on the Falcons turning around their offensive woes in 2022 under Arthur Smith. Nonetheless, Tannehill completed just over 50% of his passes en route to 3 interceptions that ultimately cost them the game. In addition to Tannehill's shaky performance Derrick Henry (-12%, $28.16) carried the ball 20 times for 62 yards. In layman's terms, this offense stunk. The one bright side to this game was the re-emergence of AJ Brown (17%, $2.60). Brown was essentially the entire offense hauling in 5 catches for 142 yards and a score. We also had a Julio Jones (6%, $3.91) sighting, or probably his doppelgänger.

The Bengals weren't a special offense either, they just had to not turn the ball over as often as the Titans. Joe Burrow` (-9%, $7.96) and Joe Mixon (6%, $14.50) got the job done for the Bengals. Rookie sensation Ja'Marr Chase (-8%, $9.99) delivered again scorching the Titans for 109 yards on 5 catches of his own. It's possible the two best receivers in the AFC squared off in this one. The Bengals are now one win away from a Superbowl berth just 2 years after finishing dead last in the league. 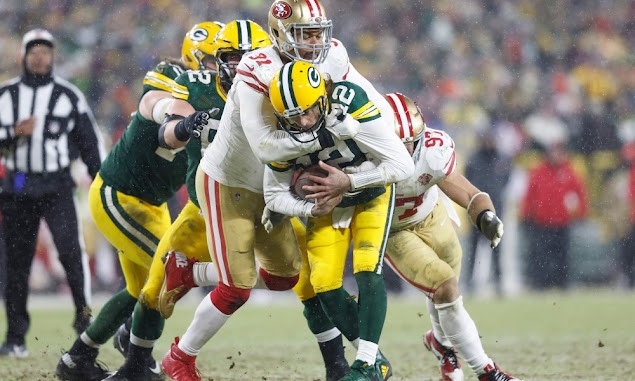 This game had upset written all over it for me. Aaron Rodgers (-15%, $14.08) entered this game 0-3 against San Francisco in the playoffs, and things didn't get much better for him Saturday.

While Rodgers threw the ball well Saturday, he had 225 scoreless yards that ultimately cost him a shot at his second Superbowl. The real star of the show was Aaron Jones (10%, $6.36) who benefitted from 9 passes which he turned into 129 scoreless receiving yards. On a night when the Packers seemed to be in control, everything changed after a blocked punt tied the game at 10.

Jimmy Garoppolo (-14%, $1.57) didn't have to do much in this one and he didn't. Throughout the game, Jimmy struggled to get the offense going and even turned the ball over. Thanks in large part to their defense Jimmy didn't have to be the hero for this team. If there was a hero on offense then it was Deebo Samuel (-12%, $4.59). Deebo is the jack of all trades and has emerged as the ultimate utility knife for this offense. Once against Elijah Mitchell (-7%, $1.84) was the workhorse for this offense, and I'm still all-in on his price.

In all, the San Francisco offense isn't going to wow anyone over the last two games. However, once again Elijah Mitchell had 17 carries and led the team in carries. If you haven't noticed by now Elijah Mitchell has emerged as the workhorse in this run-friendly scheme. I'll say it again, Elijah Mitchell is one of the best bargains in fantasy sports and a player we should all be trying to acquire (it’s all about the opportunity, baby). 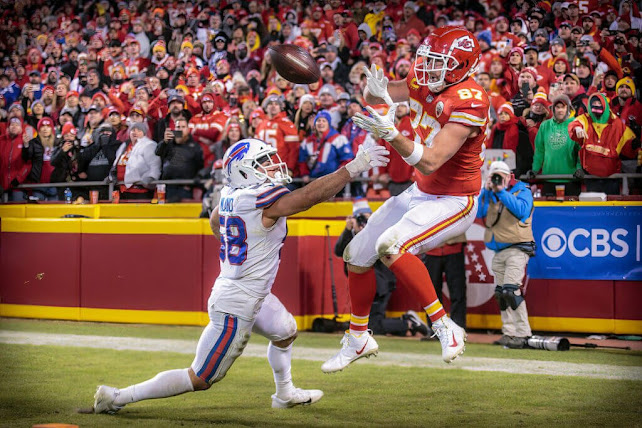 Most people watched this game and came away thinking Josh Allen (18%, $26.40) is one of the best quarterbacks in the league. He very well could be, but let us not forget he trucked Chiefs several players and many of them were dropping like flies due to injury. Allen feasted on the Chiefs secondary when allowed to by Daboll. As of now, it sounds like Daboll is going to be headed to New York which might shift the stock of Allen. Daboll’s offense have historically been putrid before he was gifted Allen, and as such I’m not the slightest bit worried unless I’m a Giants fan.

The biggest riser in this game, and one I believe in, is Gabriel Davis (101%, $3.74). Davis stock soared this past week after that 52 point performance. Davis scored 4 times for this team and is going to be one of the most polarizing players entering the 2022 off-season.

Davis and Allen weren't enough to stop Patrick Mahomes (18%, $18.14). While I've been preaching Mahomes all season, many didn't listen. As much as it pains me to say this, Mahomes was a bargain and should have been invested in heavily during his lull. If you bought the dip on Mahomes you’re a happy camper with a 33% ROI. It’s interesting that Allens’ current price is more than Mahomes as of today.

While Byron Pringle (11%, $2.66) didn't score the walk-off score, he's been a welcome change to this passing game as he found the end zone again. Tyreek Hill (15%, $9.42) and Travis Kelce (-3%, $8.57) also put fourth their best effort of the season to complete their comeback…twice. In the end Kelce and Mahomes drew up their own play and it worked to perfection, which at this point is to be expected.