When Blowouts are Boring... but Profitable

Just as soon as it began, Super Wildcard weekend is over. While the weekend wasn't full of surprises, there were some good moments gleaned over the last couple of days. 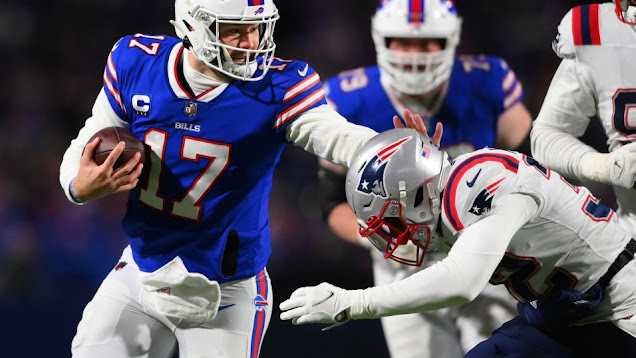 Talk about a thorough beatdown. In what can only be described as a curb-stomping the Bills made short work of the Patriots.

Fueled by Josh Allen (18%, $22.46) and Dawson Knox (35%, $1.75) the Bills hung up 47 points on Bill Belichick, and in doing so have averaged 40 points in their last two meetings. It was surprising to see this Bills team take the fight to New England as early as they did.

Josh Allens' first touchdown of the night looked like and it was later confirmed by Allen, a throw-away. However, Dawson Knox made a ridiculous catch in the back of the end zone. Throughout the rest of the game, their offense followed suit. The Bills were never forced to punt or kick a field goal in this game.

It is important to note that early in this game Mac Jones (6%, $2.33) had the Patriots' offense moving. On his first possession, Mac had the Patriots' offense moving down the field and looked like they were going to tie the ball game at 7-7. However, I'm convinced that the Micah Hyde interception altered the game. Without that ridiculous interception perhaps Mac Jones gains confidence and this game becomes a lot closer than the reality we witnessed.

The reality of the situation is that we're left with Josh Allen and Dawson Knox as being the biggest winners of the evening. I'll gloat a little bit here, as I said earlier this season, Josh Allen was a great investment option after Tre White went down with an ACL injury. However, don't discount Kendrick Bourne (42%, $12.99) who has been making plays all year for New England. Bourne should be back next year for New England but it was obvious Saturday that he will have new faces in the wide receiver room…or he should at least. 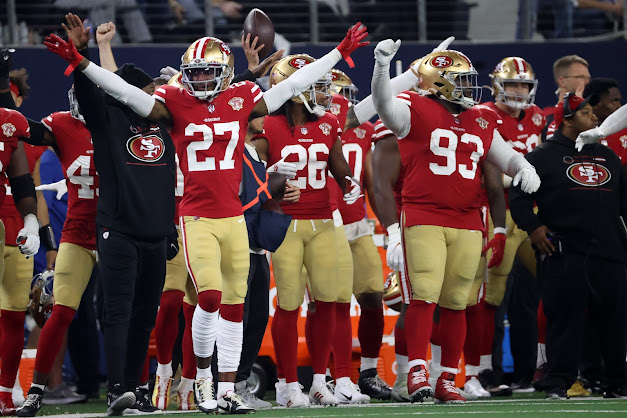 As I predicted Sunday morning this game went as well for the Cowboys as I had expected. Dak Prescott ($9.25) looked as average as he had ever since the win in New England. The reality of the situation might be the injury he suffered against New England was worse than we thought. Since coming back after the Minneapolis game Dak has only beaten projections 5 times in those 11 games.

While Dak shoulders a lot of the blame, I don't believe the officiating did anything wrong, it is also fair to point out his receivers didn't do him many favors. CeeDee Lamb (-15%, $3.02) might be one of the most overrated players on this offense. He entered the season with high expectations and only beat expectations 7 times this season. Without Amari Cooper (11%, $5.24) it's difficult to see this team scoring a touchdown.

The question many will have this offseason, as it relates to the Dallas Cowboys, relates to what they do with Ezekiel Elliott (-16%, $4.51). It's difficult to see the Cowboys bringing Elliott back in 2022, but when you look at his contract the Cowboys only have 2 options. Wait till 2023, or trade Elliott Post June 1st to save 12 million off the salary cap. I, like you, don't know the right answer, but I have to think the Cowboys are exploring all options after being bullied into an awful contract not too long ago.

Speaking of bullying that's exactly what San Francisco did Sunday. Elijah Mitchell (3%, $1.99) is slowly cementing his role as a workhorse in that backfield. Mitchell handled the backfield almost exclusively on Sunday totaling 27 carries for almost 100 yards and a touchdown. Mitchells' price is extremely affordable and screams as another great investment for us. To handle 27 carries with all the marbles on the line speaks to how much this stuff trusts him to get the job done.

The only other player that they trust more would be Deebo Samuel (-2%, $5.22) who had an average night in terms of projections, but again was making plays for San Francisco. The 49'ers are a team no one should want to face over these playoffs as they're one of the most talented rosters in the NFL with the Rams being the only exception. So long as Jimmy Garoppolo (-15%, $1.82) can make the right throws this team might be poised for a magical run. 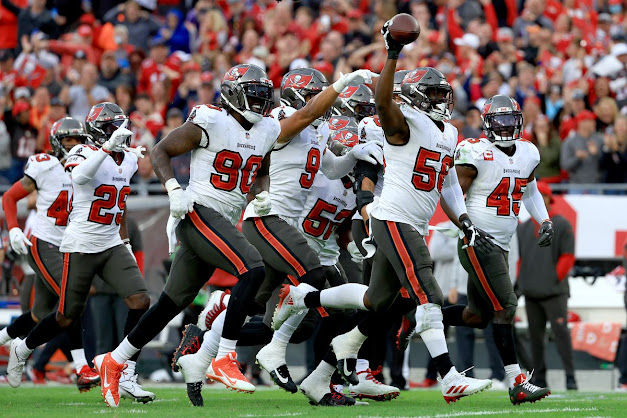 This game wasn't competitive in the slightest sense, much like the Buffalo game. However, the performance of the Eagles and Buccaneers leaves us with significant questions as we approach the off-season and the divisional round next week.

One of the biggest questions I have is about Jalen Hurts (-4%, $1.45) and what to do with him. I've never been a big fan of Hurts as I don't think he's a gifted enough passer to be a long-term starter in this league. On Sunday, his campaign for 2022 took a nosedive, and perhaps for me, the worst part was when he appeared to fumble the ball while trying to make a simple pass. Philadelphia is loaded with draft picks this off-season, and while none of their picks are in the top ten they have enough ammunition to make a move should they decide. Perhaps the biggest question is whether they explore Russell Wilson ($10.95) who is said to be exploring his options. At the end of the day, Hurts is a significant risk for those in on him, he does have high upside should he lock down a role for 2022 but that's not guaranteed after Sunday in my opinion.

The other significant takeaway was the way Keshawn Vaughn ($4.47) played on Sunday. Arians has spoken highly of Vaughn in the past, and for the most part, it has seemed to be disingenuous. However, on Sunday we finally got to see him take the lead role for this offense and he didn't disappoint. Vaughn handled the rock 17 times for 50 yards and a score. While the stats don't wow you, similar to Elijah Mitchell, he was trusted to handle the ball almost 20 times in a win-or-go-home environment. With Leonard Fournette likely to be back in the fold this coming weekend Vaughn's role might diminish, but it certainly shouldn't evaporate. Vaughn is the only Buccaneer running back under contract for 2022 and might be a decent buy…bear in mind he is also over 2X the cost of Elijah Mitchell.