The off-season is finally upon us, and it's crazy to think that free agency is only a few short weeks away! Throughout the off-season, I'll have you covered checking on the latest news and rumors every couple of weeks. With that said, the NFL head coaching carousel has come full circle with all of the positions being filled, and after taking a look at the hires there's some value for us to create this off-season based on them! 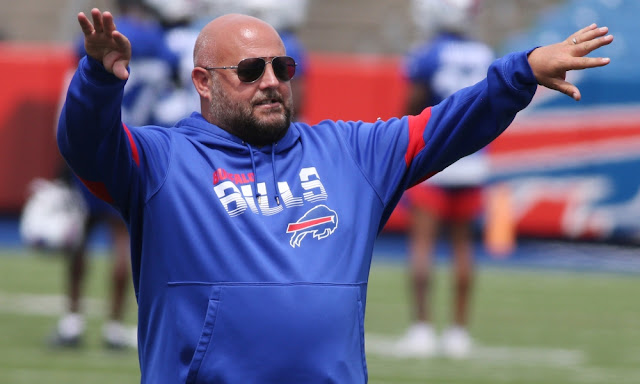 The biggest hire of the off-season probably belongs to the Giants. Daboll was the hot name last season, and he was able to keep the offense humming this season. In turn, he inherits the problems of a team in search of something, anything. Looking at Daboll's resume is uninspiring, however, if you remove his time in Buffalo. Never finishing above the bottom third in terms of offense, begs the question of if Daboll learned and improved, or lived off the coattails of Josh Allen ($26.37). However, at the end of the day, there is a constant I've noticed with Daboll.

Throughout every stop, he has used the strengths of the team, and in almost every situation it was the running back. While I find myself questioning the health and longevity of Saquon Barkley ($4.21) if he's going to be the hall of Famer we expect it's going to have to happen under Daboll. Daboll has made 1,000-yard rushers out of Reggie Bush, Jamaal Charles, and the folk tale of Peyton Hillis. At the end of the day, I'm taking the plunge on Barkley no matter what this coming season.

Not sure this hire has any real impact yet. While Dennis Allen was an absolute disaster in Oakland, I'll give him a chance to see if he can succeed with the foundation Sean Payton put in place. Ultimately, many are dumping Alvin Kamara ($8.49) into the West Nile, but I can't help but find myself seeing big things next season. With a healthy Michael Thomas ($10.28), and Marquez Callaway ($1.11), the rushing lanes should open up this year. Should the Saints find themselves without Jameis this season, I expect Kamara to get his fair share of dump-offs to pad his stats.

This hire was questionable at best for a team looking to improve their offense. The Bears moved up in the draft for Justin Fields ($4.26) and essentially allowed Matt Nagy to poison the water. With Allen Robinson ($1.92) set to hit free agency again, the Bears find themselves with a defensive-minded head coach and first-time play-caller. I'm not optimistic about anything on this offense heading into 2022.

Kevin O'Connell was hired by the Vikings away from the Rams. This was an interesting hire considering they had a chance at Harbaugh. Regardless, I take this as being big news for both Alexander Mattison ($0.98) and Dalvin Cook ($5.94). I still believe that Mattison is going to be a key clog for this team in 2022 should anything happen to Cook and his legal situation. Lest we forget in 2020 when Jared Goff ($1.89) was at the helm, the Rams finished top ten in the league with 125 rushing yards per game. 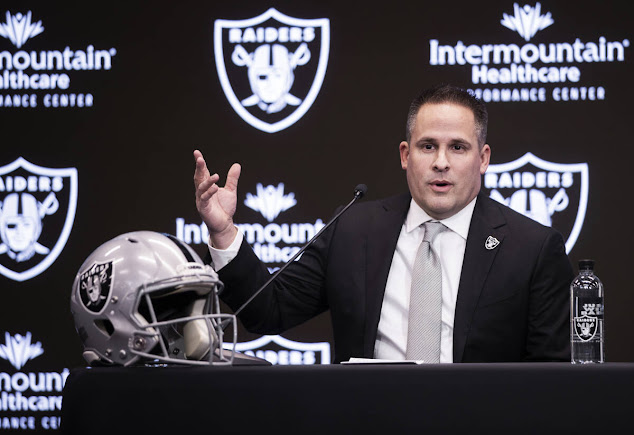 Another hire that I think was an excellent fit. McDaniels inherits an offense with Derek Carr ($4.01) and Darren Waller ($2.94). McDaniels and Carr are an excellent pairing and I think that Waller is in line for yet another breakout season. After a disappointing 2021, this offense should take a big step and I haven't even mentioned Josh Jacobs ($1.65). All of these are excellent buys and should be targets as we get going this off-season.

The firing of Brian Flores has created much consternation around the league, and now Mike McDaniel takes over a team who ended the season on a 9 game win streak but missed the playoffs yet again. The buy low prospect on this team I'd assume isn't even on the roster as I think whoever is plucked to lead the running back room will inevitably see their price skyrocket. Should it be a runningback I can only imagine how the dynasty community will react.

This is quite possibly the best under-the-radar hire of the offense. Hackett has been around the block with the Bills, Jaguars, and Packers. At every stop, he's had tremendous success and Javonte Williams ($5.02) is likely due for an explosion. Ultimately whoever is quarterbacking this team I love as a bargain. Hackett has made players like Rex Grossman, and Blake Bortles look better than they were. Should the Broncos make a move this off-season I'll be all in on whoever is under center based on their cost. As such, I'm in on Courtland Sutton ($1.16) and Jerry Jeudy ($1.59)

This hire made no sense on numerous levels, mainly by the fact that they fired David Culley for "philosophical reasons" yet are essentially keeping the entire staff. While the hire is uninspiring on paper, Pep Hamilton is sticking around and I love Davis Mills ($3.67) potential this season. Mills has flashed in games against New England and Carolina and his current cost is so cheap I can't say no.

This was another great hire in my opinion. Pederson was excellent in Philadelphia in my opinion and was fired for optics. Guiding the Eagles to the playoffs with an aging roster I think Pederson has the goods to turn this team around on the fly. The biggest beneficiary is Trevor Lawrence ($3.20) who can't possibly get any worse. I was out on Lawrence last year based on his cost and situation, and this season I'm now in for both of those reasons.