We've finally hit that point in the off-season where the league has slowed down. The news cycle over the last two weeks hasn't quite lived up to the past month, but that doesn't mean that there isn't still news that we can dissect and glean from the latest happenings in the NFL. 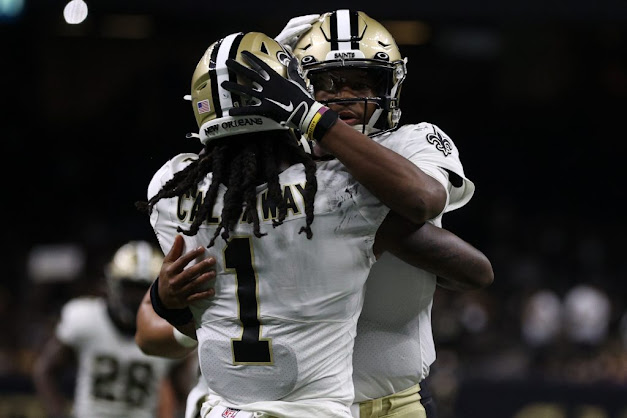 The most notable move in the NFL from the past two weeks was the New Orleans Saints swapping picks with the Philadelphia Eagles netting them an additional first-round selection. Many have speculated that this move was made with an eye towards the quarterback position, spelling trouble for Jameis Winston ($6.36), but I tend not to believe that.

The reason being is that if the Saints were trying to swing a trade to move up and select a signal-caller they would simply make that move on draft night while seeing how the board progresses. They gave up quite a bit of draft ammunition to make this move, and they would've given up similar resources to make the move up come draft night.

That being said, I suspect that this move was made with an eye toward the offensive line, and sadly, wide receiver. I've been a fan of buying low on Marquez Callaway ($1.11) this off-season, but this move has caused me to rethink that. Last offseason Jameis Winston, when healthy, was short-handed as Michael Thomas ($10.28) was injured along with Alvin Kamara ($8.49) for 7 games. I believed that Callaway was a great #2 option but not an alpha, and that he was an excellent buy low. However, with the talent and depth among the position in this draft class, having an additional selection in the first round makes all too much sense for the Saints to address the position. I'm firmly out on Callaway going forward, and I'll wait until the conclusion of the NFL draft.

However, with the addition to the offensive line, this seems like an excellent period to buy back Alvin Kamara. While there may be a suspension looming for Alvin, I do believe that he's set for a rebound. Last season Kamara played just 10 games but averaged 24 carries per game and almost 5 catches while having absolutely nothing around him. With Thomas back in the fold, and possibly a new face or two along the offensive line and wide receiver Kamara should see fewer stacked boxes. While Kamara is set to turn 27 this season, I still believe he has a season or two left of elite production. 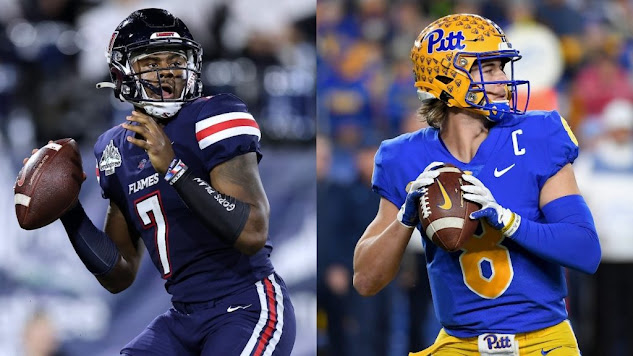 Another story that has been constant this off-season has been that of the Carolina Panthers. Carolina has been a mess at the quarterback position the last 3 years, and it's clear they're going to look to upgrade the position via the draft in a few short weeks.

I'd be lying if I didn't think Malik Willis was a boom or bust prospect worthy of being the top selection in the draft, yet I'm struggling to keep him above "baby hands" Kenny Pickett. Don't get me wrong Willis fits the Cam Newton mold Rhule brought in last year, but Pickett was a hand-picked recruit by Rhule in college and has similar traits to Sam Darnold ($2.33)… who's still on the roster. This would allow the Panthers to groom Pickett without forcing him to start week 1.

If Willis ends up falling to where the Panthers pick, and Pickett is still on the board – I’m not going to be surprised if they pull the gun on Pickett over Willis. If Pickett does end up in Carolina, he's an immediate upgrade over what they've had at the position over the past couple of years. He's not going to beat Josh Allen ($26.40) or Patrick Mahomes ($17.41) in an arm strength competition, but he's an elite decision-maker (akin to Matt Ryan ($4.90)) and runs a 40 time on par with rookie Carson Wentz ($3.15) who rushed for almost 300 yards his sophomore season.

With Pickett delivering an upgrade at the position I'll find myself targeting DJ Moore ($0.75) heavily, and rookie bust Terrance Marshall ($1.73). Moore is the cheapest investment option and could pay off with the most dividends. However, we also shouldn't be so quick to dismiss Marshall because he didn't post  Justin Jefferson ($10.81) numbers his rookie season. With Pickett, I think he could be an asset to this offense in the short to mid-range of the field and could end up being an off-season bargain. 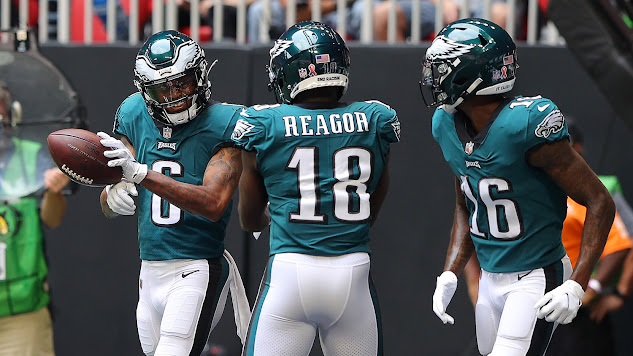 Speaking of prospects who appear to be dead in the water, Jalen Reagor ($0.68) is now rumored to be on the trade market for the Philadelphia Eagles. Not every draft pick can end up being a hit, and Reagor is looking like a bust.

However, after pulling some data, it was interesting that with Wentz under center for the Eagles, Reagor commanded 5 targets per game over that time. I'm a believer that targets are not given but they're earned. Reagor fell flat on his fact last season, after a disappointing rookie season, and we've been writing him off. Jalen Hurts ($1.34) isn't exactly known for being a polished passer, and I don't believe he is a good fit for Reagor. It's also interesting that teams are calling the Eagles about Reagor, it tells me that teams have similar feelings about the situation and are not ready to write him off just yet. With Reagor costing less than a McDonalds' soda, he's well worth a scratch-off ticket this offseason as he does have intriguing upside.