It's started to heat up around these parts in Kansas the past couple of weeks, which sadly means we're about to enter the reality that is baseball season…and baseball season only. My grandfather was a huge baseball fan, so much so that he used to enroll me in baseball. I cherished the time with my grandfather but found the baseball side of things…disastrous. So let’s talk NFL! 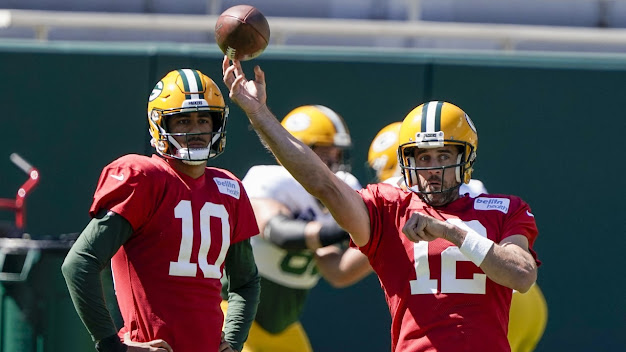 With the NFL storylines no longer writing themselves this offseason, I thought back to my disastrous baseball days and thought perhaps we should invest in some players who could benefit from "disaster."

Imagine being drafted to a team whose franchise quarterback was coming off of one of their worst seasons as a pro. However, after said season that same player went on to win two straight MVP awards, guiding that team to consecutive 13-win seasons.

Jordan Love ($0.95) perhaps has had one of the more odd draft stories I can remember in recent years. Coming out of Utah State, Love was highly regarded, and was a boom or bust draft pick. He was drafted to the Green Bay Packers which in turn set off a modern-day Vince McMahon vs. Stone Cold Steve Austin type of feud in Wisconsin. In recent months, the relationship has cooled between the parties after Aaron Rodgers ($14.07) phenomenal last two seasons. It goes to figure, that Love has played only one game in his short career which left a lot to be desired.

However, Love has all of the talent one could ask of a young quarterback. With elite arm talent, and enough juice on the ground he could still end up being a decent quarterback should disaster strike this off-season, or during the season. While the NFL world continues to float Baker Mayfield’s ($3.89) name around the league, Jordan Love is a candidate to watch for should a veteran of another find themselves sidelined. I could see Jordan Love being a Falcon after watching the likes of Desmond Ridder and Marcus Mariota ($1.24) battle it out in camp. At cost, Jordan Love might not be a bad hold this offseason. 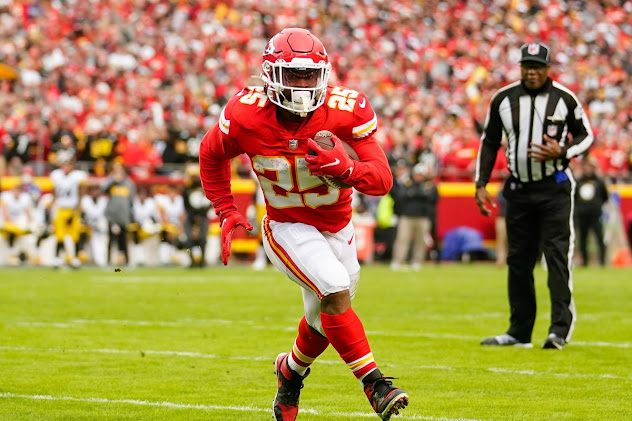 Speaking of the Packers and disaster, with Davante Adams ($11.77) now being in Las Vegas and the drafting of Watson what happens if he's not the player they thought he was? With no marquee name on this roster who's going to be the guy that keeps this offense afloat? Should Watson sink early, my investments are all in on Aaron Jones ($6.35). There are few names left on this Packers roster that inspire any confidence, and with 169 vacated targets Jones figures to see his usage and targets increase. Typically when star wide receivers leave the running back position is the one that benefits from this. As such, these types of situations create opportunities more opportunities, and opportunities lead to more fantasy points.

There's another guy that comes to my head as well for investments as we think about "disaster." Clyde Edwards-Helaire ($1.86) was the first running back taken in the 2020 NFL draft. Many, rightfully, had Jonathan Taylor ($11.53) as the highest rated player at the position and the Chiefs stunned many with this selection. Things have not gone well for Clyde from this moment on, however.

Since being drafted Clyde has suffered an injury and has not lived up to his high expectations after being drafted to play with one of the best quarterbacks, coaches, and offenses in the league. Similar to Aaron Jones, the best wide receiver on his team, aka Tyreek Hill ($9.37), has now departed leaving 159 vacated targets. However, one problem that many views for Clyde are that the Chiefs brought in Ronald Jones for competition this offseason. However, I do not view Ronald Jones as a serious threat to Clyde's pass-catching role. Clyde is a better pass catcher than he is a runner, and I believe he is going to thrive this season in the passing game similar to Aaron Jones. Perhaps, without being an every down back he will stay healthy and garner more respect than many of us have for him.