As we inch towards our three-day holiday weekend, we also inch closer to the opening of training camp. Some would consider this the prime time to get values on players, as we know the least about what is to come in the coming months. However, the opposite side of the coin is that once those pads go in…injuries are bound to happen. I believe the players coming off heavy workloads bear the most risk of injury and being let down. 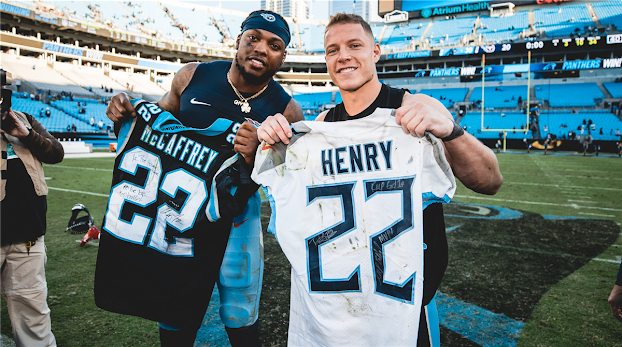 Last off-season Derrick Henry ($28.16) was coming off of a season that saw him touch the ball 397 times between carries and receptions. The following season, he was injured halfway through the year. The trend continues, as we continue to peel the onion back each year with Christian McCaffrey ($14.93).

We've indeed had 5 running backs repeat as the top back in the last 20 years, but 3 of those were from 2002-2006, and Todd Gurley bucked the trend once before going into the abys. The main point I'm getting at here is the odds of Jonathan Taylor ($11.52) delivering on his current investment isn't a solid choice.

By and large, 8 of the 15 players who finished as the RB1 had finished inside the top 12 the previous season. That tells us that it's an inexact science to predict who can deliver. I believe two players are better bets than Jonathon Taylor. 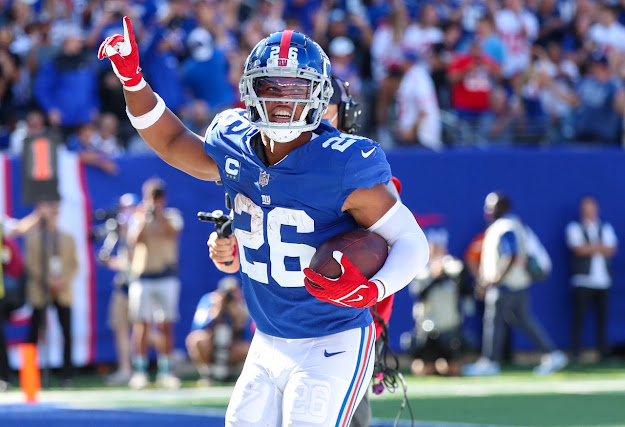 We've discussed Saquon Barkley ($4.29) plenty over the last couple of months, and I believe he's ready to make the rebound this season. Barkley is entering the final year of his rookie deal, entering his contract year, and inherits a coach who's known for utilizing his running backs.

While Barkley had a disappointing season by many standards, we should keep in perspective he was coming off of an ACL injury and saddled with a lame duck coach. The Giants lack any form of an elite wide receiver, and Barkley figures to have a prominent role in the passing game. When Barkley finished as the RB2 in 2019 he finished the season with 91 catches and I believe he can top that this coming season. Barkley is an excellent bargain as we sit here today.

If there was a running back that finished inside the top 12 who could finish as the top back this year, I think the dark horse to fill that role could be Nick Chubb ($6.67) with Deshaun Watson's ($14.52) woes. While Chubb might require some help on the injury front, his efficiency was on par with Jonathon Taylor last season. The main difference between Taylor and Chubb last season was driven by Taylor's 18 touchdowns as opposed to Chubbs' 8. I don't believe Taylor finishes anywhere near the 18 mark on the ground again this season, and Chubb could be the focal point of the Browns' offense with Jacoby Brissett ($0.53) figuring to be the starter this season. 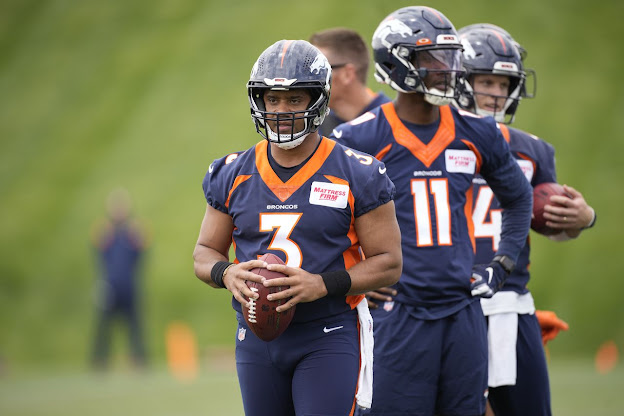 Outside of running backs, I can't understand the value that Terry McLaurin ($1.07) is at this moment. While we're stating him out to be a WR1, he's put up elite numbers with a cast of characters ranging from Alex Smith, post injury, to clipboard extraordinaire Taylor Heinicke ($0.61). Carson Wentz ($3.15) is set to surprise people this coming season, and while McClaurin missed OTA's this spring I believe the Commanders will get a deal done before they report in the coming weeks.

Lastly, Russell Wilson ($10.95) is down almost 35% from where he was just a year ago. This seems like a pricing error, as Wilson inherits an impressive receiver corps. With Courtland Sutton ($1.39), Jerry Jeudy ($1.75), and Tim Patrick ($2.12) Wilson is set to impress this season. Sutton figures to be the prime target based on what we've seen from the beat-out in Denver, and he’s already up +20% this offseason. Wilson could figure to be an easy return on investment based on the rumors he wanted out of Denver to "let Russ cook." As such, the volume should be there for Wilson, and should always follow the volume in this game.