Camps are starting to kick off around the country, and it's beginning to look a whole lot like football season. Well, maybe more so today than last week because of the heat wave. As camps begin to open up, some interesting storylines are beginning to form. 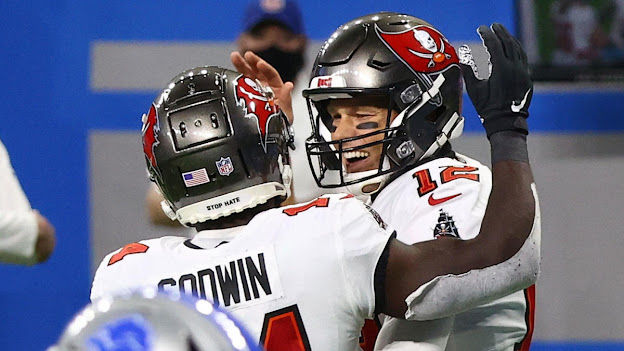 One of the more interesting storylines is that of Chris Godwin ($10.52). A couple of months ago there were reports that Godwin would likely land on the PUP, and miss the first 4 weeks of the season. However, it's interesting that reports over the recent days have expressed optimism for Godwin being able to suit up week 1 this season.

Godwin is at his lowest value since November and presents a bargain for investors. Given the unretirement of Tom Brady ($16.62) and the retirement of Rob Gronkowski ($5.94). While we shouldn't expect Godwin to be 100% to start the season, it's encouraging to see him getting healthy. Should Godwin stay healthy, he figures to see plenty of targets opposite Mike Evans ($11.47).

While we recently mentioned Brady, I want to stress he is a tremendous bargain. He dipped to the lowest possible value in December and should be able to top projections again this season. With Leonard Fournette ($11.24) reportedly struggling to stay in shape I imagine this team will stay pass centric even more so without established depth behind Fournette. 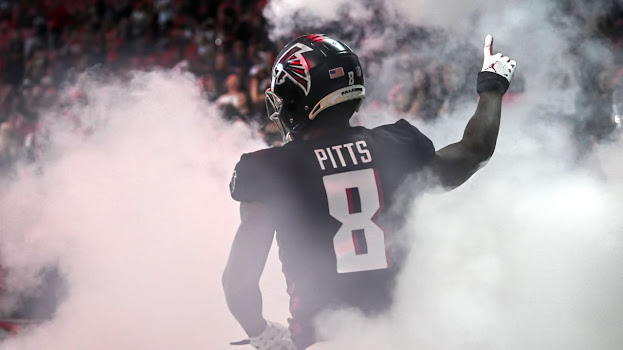 Another fun storyline to watch is the Atlanta Falcons. A year ago the dynasty community fell in love with the upside of Kyle Pitts ($3.12). While Pitts didn't have a breakout year, he did by rookie standard putting up over 1,000 yards on the season. The only thing he was missing last season was touchdowns.

As we enter this season, the situation has drastically changed. Matt Ryan (4.91) is now slinging the rock in Indianapolis and if the season started today Marcus Mariotta ($1.25) would likely be the guy under center. However, as I've been speculating about on the Dynasty Brews podcast, rumors have begun to emerge about Jimmy Garoppolo ($1.61) being of interest to the Falcons.

While the name doesn't sound like a slam dunk, it should intrigue any Kyle Pitts fans. While Jimmy isn't going to light the world on fire with the deep ball, we do know he can make most throws and help put George Kittle ($3.85) become fantasy relevant. If the Falcons can land Garoppolo at a discount, Pitts should be your first target…like he is in the Atlanta offense this season. 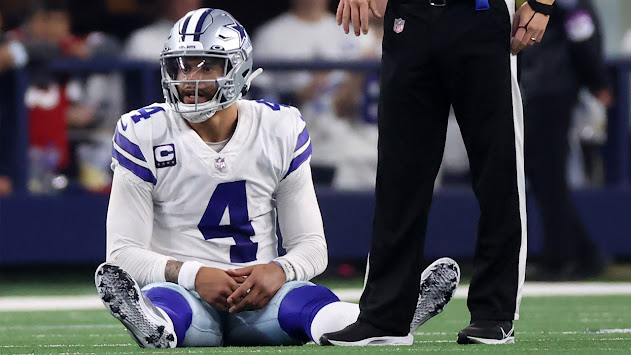 Lastly, as optimistic as I try to be with players, I also need to be forthcoming with players/teams I'm less optimistic about. One team that I think we've over-inflated has been the Dallas Cowboys. While Dak Prescott ($9.23) has had a decent start to his career, we must be realistic about what he has and hasn't done.

When things are going well for Dak he's a top-tier NFL quarterback, such as the season opener last year against Tampa Bay. However, there are times when Dak looks like a middle-of-pack leader. When things are not perfectly aligned for Dak, and he has to carry his team, he doesn't rise to the occasion. Most notably I like to point out the game against the Bears in 2019. Dak struggled for most of the game and put up numbers in the final quarter when the game was out of reach.

My concern is that this year we will see more 2019 Chicago Dak Prescott than 2021 Tampa Bay Dak Prescott. The thought process stems from a couple of variables The Cowboys lived off of turnover last season, leading the league with a +14 turnover differential. This led to a league-leading 64 total touchdowns for Dallas.

However, historically defenses that lead the league in turnovers one year don't duplicate their success the following season. Without the turnovers, this offense figures to take a step back as their opportunity to score naturally goes down. When you combine this with offensive changes, the story writes itself.

Working against the Cowboys is renovation of the wide receiver room, which I don’t believe was by choice. Dallas was forced to let go of Amari Cooper ($5.21) this offseason due to salary cap constraints. Additionally, Michael Gallup appears to be headed toward the PUP and should miss the first 4 games of the season. For at least a quarter of the season, we're relying upon Ceedee Lamb ($3.24) to operate as the main target for this offense, a role in which he has not done in the NFL.

The skeptic in me believes this will be a down year for Dallas as the rumors of Sean Payton begin to swirl all season. As I've said this offseason, Washington is the under-the-radar team you should be targeting this season.

Thanks for joining us and reading all the way to the bottom! Make sure to give me a follow @DynastyMad, and let me know what you think. I'm looking forward to talking stocks and stories with you all every week! Until then, remember, if you send this link to a friend, you'll BOTH receive free shares when they deposit of $20 or more:
www.predictionstrike.com?referral=default
Happy trading,
Justin Andrew & The PredictionStrike Team