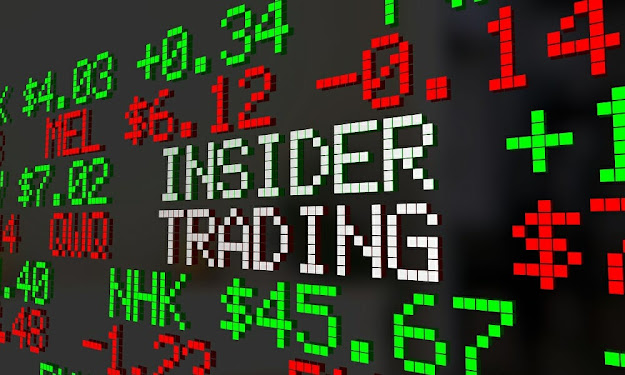 Good morning, everyone, and welcome to a special midweek version of PredictionStrike’s Insider Trading! We have done countless MMA, NBA, and NFL specific articles over the last year plus, and I am excited to introduce new sports/events into the Insider Trading fold. It was brought to my attention yesterday that Dana White’s Contender Series has been added to the PredictionStrike market! You might be asking yourself, what is the Contender Series, and most importantly, how do I make money investing in Contender Series stocks? Lucky for all of us, I called upon one of the sharpest minds in the MMA community, Manny Galarza from MMA Fight Club!

Manny has more MMA knowledge in his pinky finger than I will ever know, so what better way to get us ready for Tuesday fight cards than interviewing one of the best and brightest! I hope you guys take as much info away from this as I did! Two fight cards a week on PredictionStrike can change the portfolio forever! Let’s welcome Manny, and let's make that money! 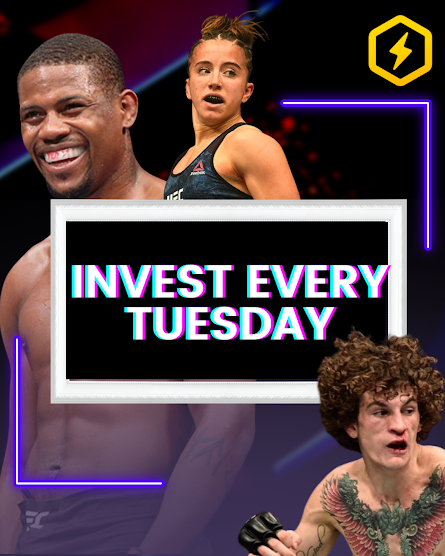 Alex: There is a good chance a large portion of readers have never heard of Dana White’s Contender Series, let alone watched the fights, so why don’t we start with an easy one. What is Contender Series, and why should we get excited?

Manny: The UFC offers a variety of ways for fighters to secure a contract.  The Dana White Contender Series is one of the newest avenues for aspiring fighters.  This season will mark season 6 of Dana White’s Contender Series (DWCS).   DWCS showcases five matches each Tuesday night over the next ten weeks in the cozy confines of the UFC Apex Arena in Las Vegas.  Notably, the winning fighter is not guaranteed a UFC contract.  Dana White and the UFC brass observe each fight in hopes of finding something special.  In dramatic fashion, similar to the Apprentice, Dana announces who they will sign at the end of the night.  Dana has been known to throw a few curveballs at the end of the show.  Over the past few years we’ve seen fighters with exciting finishes go unsigned (i.e. Chris Curtis in 2018).  We have also seen Dana sign a fighter who lost a fight.  Heck, in one episode last year Dana signed both fighters from one fight.  The MMA fate of these young warriors rests in the hands of Dana White.  Season 6 of Dana White’s Contender series kicks off this Tuesday at 8PM EST in Las Vegas at the UFC Apex Arena.

Alex: Are there any notable fighters in the UFC now that were signed from contender series?

Manny: DWCS alumni include current UFC Fighters such as Sean O’Malley, Sean Woodson, Antonina Shevchenko, Maycee Barber, Johnny Walker, Tracy Cortez, Armen Petrosyan, Caio Borralho and many other successful MMA fighters.  Last season alone, the UFC added 39 new fighters from the show.  Two of those fighters included Armen Petrosyan and Caio Borralho.  Areman and Caio are off to fantastic starts to their UFC careers.  The show has yet to produce a UFC champion, yet…

Alex: Now let’s talk about some fighters! Acácio Dos Santos ($0.47) and Kaleio Romero ($.65) are two underdog fighters who I consider great value stocks. Do either of these fighters have a chance to get the win, and worth an investment in your opinion?

Manny: Some of the fighters on this show are very raw as you can imagine. After all, the show is designed to showcase up-and-coming fighters.  With that said, you can expect to see some rookie mistakes from these fighters.  A common rookie mistake is managing cardio.  Romero is a good wrestler, not great, with a high motor.  He’ll continue to wrestle for all three rounds and he comes forward for all 15 minutes.  Romero’s stand-up game is very limited though.  I like Romero to win the fight with a grappling-heavy approach… But, I have serious concerns about how his game transitions to the UFC and I don’t think Dana will award him a contract for a boring decision win..  As for Acácio Dos Santos, if he wins the fight he will more than likely get a contract.  The reason being is that he is either going to knock out his opponent or he will get knocked out.  I fear his cardio may become an issue down the stretch.   I can see him gassing out which will lead to him getting TKO’ed in round 2 or 3.  Some of you may want to consider an early investment into Martinetti or Souza ($0.64). They are both capable of winning their matches and they are sitting around +200 on the money line.

Alex: The fight card is being headlined by a pair of up and coming middleweights, Ozzy Diaz ($1.03) and Joe Pyfer ($1.35). This fight is basically a pick'em, but considering it’s the “main event of the evening,” I would love to know which way you lean? Are either fighters worth an investment?

Manny: This should be a close fight early but I see Pyfer extending Ozzy to the point where Ozzy’s cardio issues rear their ugly head.  Ozzy is the better striker with a consistent jab but Pyfer appears to have the grappling edge.  The recent gym change by Pyfer is notable because he is now training at an elite gym with UFC-level teammates that are some of the best grapplers on the UFC roster.  This is also Pyfer’s second time on DWCS. They say three times is a charm, let’s make it two times for Pyfer. I see Pyfer getting the job done with a late finish via TKO over a fatigued Ozzy Diaz.  Pyfer has a future, just not sure how bright.  We haven’t really seen him against quality competition.  I like Pyfer in this spot and he is worth an investment in my humble opinion. .

Alex: Where can the readers find your work?

Manny: It was a pleasure doing this Q/A.  MMA Fight Club is available via all mainstream social media websites (Twitter, IG and Facebook) and, of course, on YouTube.  We publish our fighter breakdown notes on substack.com and all our pre-recorded shows are available via wherever you listen to your podcasts.  Just type in “MMA Fight Club” in your search bar and look for our crispy black and yellow logo. I hope to see you for next week's YouTube DWCS breakdown!

Thank you so much for joining us today, and I hope everyone had a chance to learn a little more about the Contender Series. I for one will be buying some shares and watching closely to the action tonight! Don’t forget, we have a MASSIVE PPV event this weekend with the anticipated Pena vs. Nunes rematch. I will be back in some capacity later this week to get us ready for the card. And a week from today is another DWCS, featuring a notable up and comer, Bo Nickal. Remember to give Manny a follow on all socials, and to check out the MMA Fight Club on Youtube. If you are just now hearing about PredictionStrike, feel free to DM me on Twitter, @ChipsStocks, and I can help you learn the ins and outs! I look forward to hearing everyone soon, and enjoy the fights!