We're so close, you can smell it. The start of the NFL season is officially less than a month away. 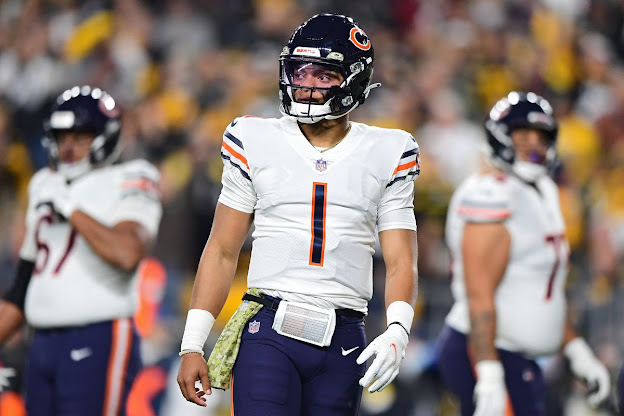 Life comes at you fast. This past weekend, my brother was visiting from Nebraska and we had made plans for the cousins to meet up. As I loaded the kids in the car and started the car up, we were all ready to go. Pulling out of the driveway my wife says "does the car sound funny at all?" The pessimist in me should've agreed, but I reply "It was in the shop 4 days ago, shouldn't be an issue."

As life goes on, sometimes the signs of dysfunction are ever present and optimism tends to be the blinder to us all. Take the Chicago Bears for example, and their quarterback Justin Fields ($4.39). Per Jordan Schultz on Twitter Justin Fields has "blown away" the coaching staff this off-season. Taken at face value many pundits will flock to this news as him being ready to take the next step. Like the slight noise in my car, the devil is in the details.

As you dig into the quote you begin to notice the quote says Fields "mechanics have improved", and this is the only piece of information that gives us improvement, from an on-field perspective. The rest of the statement says Fields "cares" and is "in shape." The comments have blown up all around Twitter, and reading the statement my gut tells me that the sound I hear isn't great. I think we should hold up on investing any hard-earned coin in this Chicago Bears team.

While Fields has the rushing upside, is there anything around him we can depend on? Sure we've heard the rumors on Cole Kmet ($0.90) and Darnell Mooney ($1.51) breaking out, but we have yet to see either player take a step forward. Throughout camp, we've seen the receiving core lose players left and right… somehow most notably N'Keal Harry ($2.91) qualifies as a significant loss. If we're to believe Justin Fields is going to be the engine of this Chicago team, they're putting an awful lot of stress and reliance on him.

Similar to the fate of my car, the pieces around Fields are falling apart and the stress may be mounting. The vehicle functioned properly for the first ten minutes of the ride, but within 15 minutes the car came to a screeching halt, on a balmy 97-degree humid day. Stuck, for 4 hours in the heat, I was finally able to get the car to the repair shop. From there I was greeted with the news that the car I had paid off 6 months ago…had a blown engine. The story of the 2022 Chicago Bears has an eerily similar feeling to me.

The Bears have a striking resemblance to my blinding optimism. Other than Chicago opening the season against the Packers, they have a relatively easy schedule out of the gate through the first 5 games (playing only 1 team from the playoffs a season ago). The optimism may trick us into this offense, with a possible 4-1 start on an easy schedule. However, the sound is there and so is the back half of the schedule with several teams expected to compete for playoff spots or were in the playoffs last season. Don't be like me, don't let optimism cloud your judgment. 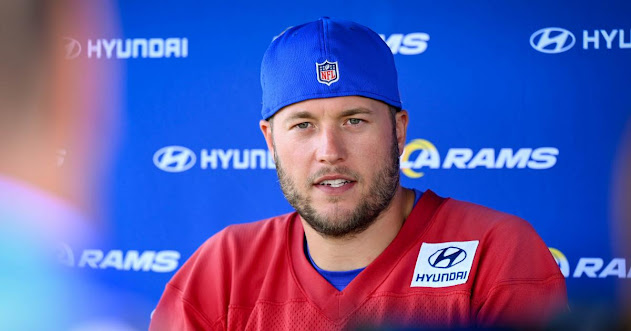 Another story I've been monitoring that we should not let optimism blind us is in Los Angeles and Matthew Stafford ($5.91). Per Mike Florio of PFT, Stafford had minor surgery back in April this off-season. However, if you follow the news out of LA Stafford is still suffering from severe tendonitis.

This is a critical concern, as the Rams' passing offense was their bread and butter last off-season. If we're going to invest in Cooper Kupp ($14.72) or Allen Robinson ($2.07) this season we should be monitoring this situation throughout camp and opening night.

If I was going to be taking a risk on this offense, the safest bet is still going to be Darrell Henderson ($1.17). Still a basement bargain, Henderson figures to see a significant amount of carries this season especially if Stafford's arm is limited to a certain number of pass attempts this season. Sean McVay said last week "We've got 2 starting running backs." Don't fall for the Cam Akers ($4.54) as he's almost 4x the cost of Henderson, and looked inferior to Henderson the last time they shared a field.

As the pre-season gets underway, I’ll be back with you every week of the preseason to dive into my head on some other great investment strategies…and don’t look know but IPO’s should be rolling our way sooner than later!