Each week is a new week, and just like that once Monday's games go final we'll have played over 10% of each team's season. The time to capitalize on these guys is fickle, so if you see a good matchup or schedule it's better to pounce on that opportunity.

But before that... housekeeping reminder that you can STILL become a PS Black Member TODAY. With the membership, you can get access TO: This should be the game of the week and I expect this to be the highest-scoring game on the slate. New Orleans unexpectedly gave up 26 points and over 200-yards on the ground to the Atlanta Falcons.

I'm not entirely sure that Tom Brady ($14.85, -11%) is going to throw 5 TD' this week, but with Dennis Allen and the history of this game, I wouldn't be surprised. In 4 of the last 6 games this game has had the teams combine for over 50 points. This bodes well for fantasy production. I tend to lean into Leonard Fournette ($11.18, 0%), as most of the receiving crew is on the injury report this week.

As for the Saints, Michael Thomas ($11.98, 16%) certainly appears to be back to full strength. Perhaps he's a little overrated after scoring twice in his first game, but I believe he is healthy nonetheless. I look for Jameis Winston ($6.82, 5%) and company to try and beat the Buccaneers through the air.

It is worth noting that the historically stout Tampa front 7 allowed 5+ yards per carry to Dak Prescott ($7.57, -18%) and Ezekiel Elliott ($3.95, -13%). Perhaps after a disappointing week 1, Alvin Kamara ($7.40, -14%) gets back on track in this one and is the playmaker that leads the Saints to victory. In all, this game has the making to be the best of the bunch during the day Sunday. 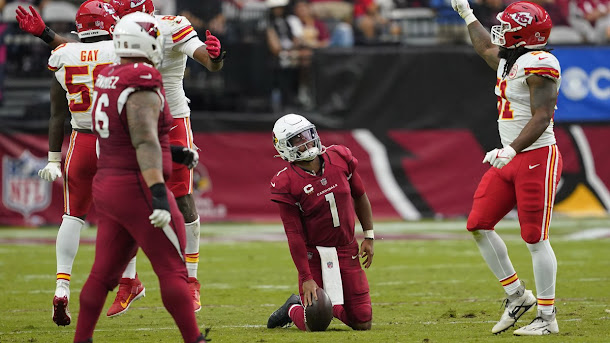 If you wanted to look up disappointment in the dictionary you'd likely see an Arizona Cardinals logo with September 11, 2022, in there. Last week this team looked as soft as they did during their playoff game. Historically we've seen the Cardinals start hot, and flame out during the season. Make no mistake about it, there is something off about this team headed in Vegas.

Kyler Murray ($5.02, 0%) and his coach seem to be at odds, which was painfully obvious when the coach made Kyler call plays during the preseason. To make matters worse losing Rondale Moore ($2.05, 0%) and Andy Isabella ($0.35, 0%) are slated to be out this week as well. While I was excited about the addition of Marquise Brown ($2.09, -3$), it's less exciting when there is no supporting cast around him.

If the Cardinals are going to pull this upset off, they're going to need someone else to step off with the Raiders likely focusing on Brown again this week. Perhaps James Conner ($2.95) can step up and be the difference maker for a few short weeks until Deandre Hopkins ($4.44, 0%) returns from his suspension.

I expect the Raiders to continue to target Adams early and often in this one. I do, however, also expect a larger role from Hunter Renfrow than we saw last week. I imagine most of the focus from Arizona is going to be to contain Adams, which should open up opportunities for him and Waller and I think Renfrow becomes the big man on campus while being the main weapon in their second win of the season. 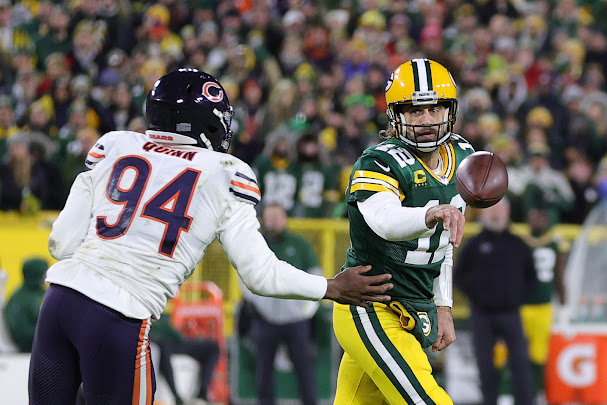 After playing in a monsoon, Justin Fields ($4.32, -4%) appears to be the flavor of the week in fantasy circles. Similar to last year the Packers find themselves 0-1 after getting run off the field by the Minnesota Vikings.

Something tells me that come week 9 the standings will be similar to what they were in 2021. Maybe the Vikings keep this going with their new coach, but the Bears acted like they won the Super Bowl last week when they won. They know they're not the most talented team, and I think if I had to pick one team this year for the inaugural Ken Whisenhunt award (wins week 1, awful rest of season) I'm stuck between them and the Seahawks.

It's impossible to take anything away from either of these teams and their week 1 performance. Sure, Justin Fields won against San Francisco and Trey Lance ($5.41, -12%). However, it's tough to judge because of the field conditions as I saw him hit a wide-open receiver for an easy score. Aaron Rodgers ($11.45, -19%) also looked like he got blanked by Minnesota. After a crucial drop, he looked like he was unable to recover as he was constantly trying to tread water.

I'm going to ride with the Packers and Aaron Rodgers blanking the Bears this week. I think we see Christian Watson ($3.75, 1%) not make a crucial drop this week and change the direction of the Packers. I have a hard time seeing the Bears putting up much of a fight, without any firepower and such a young team coming off such an emotional win. Look for all the Packers players to feast in this game.