It's been a busy season, and it's tough to believe we're already looking at October. The Fall is quickly descending upon us. Before you know it the playoffs will be upon us. Until then, we've got some great games on the slate this weekend.

And now, on to today’s slate. 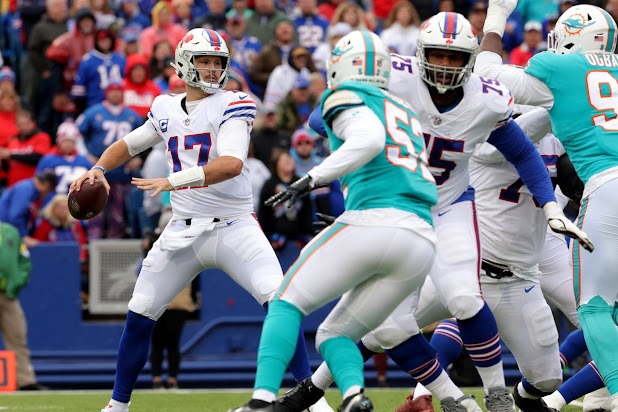 This game looks like it should hit the over by halftime. With several injuries hitting the Bills this week in the secondary I'd be hard-pressed to think this game doesn't end up in a shootout.

It sounds like Gabriel Davis ($4.33) is going to suit up in this one, after sitting out Monday night. It will be interesting to see how the target share goes between him and Stefon Diggs ($9.67, 32%) the rest of the season but I tend to think Davis finishes the season as the overall target leader on the team.

Another interesting thing to track in this game is how the running back rooms look. The Dolphins enter the game giving up the 9th most yards per carry. The Bills enter the game with a mess in their running back room. We're not sure who the real starter is, perhaps it's Devin Singletary ($1.79, -15%). However, whoever gets the call this week is probably going to have room to run I'd imagine.

I'd imagine, though, Josh Allen ($29.85, 4%) is the guy you will want to buy as we enter the slate. Not only is Josh Allen a unicorn athlete but the offense is still centered entirely around him. Combine this with the fact that the Dolphins give up the most yards per attempt in the league, I think Josh Allen and his receivers are in for a big day.

As for the Dolphins, Tua Tagovailoa ($4.81, 18%) enters this one coming off a 6 touchdown performance and an important win. Thankfully, for the Dolphins, the Bills have been decimated in the secondary entering this game. This makes the Dolphins' offense more palatable as an investment playing one of the best defenses in the NFL thus far. Combined with the fact that Tyreek Hill ($13.13, 12%) and Jaylen Waddle ($11.71, 45%) are coming off strong weeks.

The one fear I would have entering this game is the fact that Sean McDermott has owned the Dolphins in this series. While this is the first time against Mike McDaniel. This will be one of the better games on the slate in my opinion. 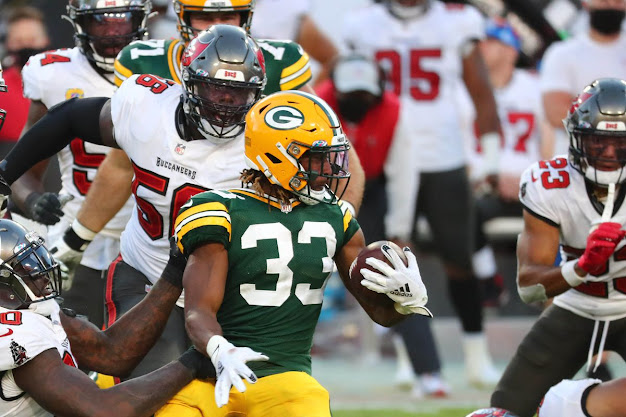 This is another interesting game on the slate, featuring two of the oldest quarterbacks in the NFL. It also features two quarterbacks with essentially the same team around them. No Veteran wide receivers starting this week, with a solid running back and defense.

This will be the ultimate test of just how dominant the Packers' running game can be as they take on the Tampa Bay front 7. While they're giving up 4.5 yards per carry, the Buccaneers have historically been good and I think that this game will be a great litmus test for both of the running backs. If they're able to run as well as they did against the Chicago Bears last week, then this will open up the less than stellar receiving core, most notably Christian Watson (-$3.36, 11%).

Tampa enters this contest decimated at wide receiver this week after losing Mike Evans ($10.55, -10%) to suspension. I don’t think Tom Brady ($13.12, -12%) is as bad as the stats look, and it’s tough to produce when your receivers are all either injured or suspended. I don’t think this game is going to be super high scoring, it has the feel of a game destined to have the running backs pound the rock as they attempts to get out of dodge with a win. If it comes down to the final drive to win the game, I’ll lean Brady and Tampa in this one! 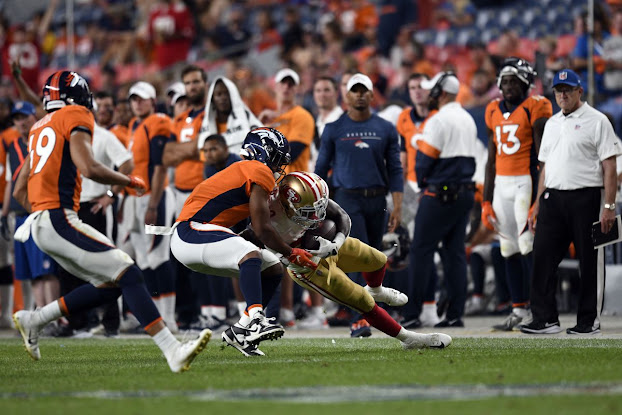 In what could be described as one of the most unexpected storylines. Starting with the Denver Broncos I didn't expect us to be here. To date, Nathaniel Hackett has come across one of the most questionable hires from the off-season.

Russell Wilson ($9.72, -11%) hasn't looked like an MVP-caliber level quarterback. Perhaps he does need more time to get acclimated to his receivers and coaching staff. However, I'd be lying if I said I wasn't concerned about this team and the direction they're going to be in this season.

Javonte Williams ($5.19, -6%) has been the most consistent player for the Broncos to date, but this doesn't look like a game where he's going to be able to lead the charge. Considering San Francisco has one of the best running defenses in the league, and has the lowest yards per carry in the league. Russell Wilson is going to have to throw to win this game.

I say this as San Francisco trots back out Jimmy Garoppolo ($1.73, 5%) after the season-ending injury to Trey Lance ($4.11, -24%). While many would take a season-long injury as a bad thing, and it is for Trey Lance (prayers for a speedy recovery), in the case of Jimmy Garoppolo he might be an upgrade in the short term. I never would have thought we would see Jimmy again in a San Francisco uniform 3 months ago but here we are.

Deebo Samuel ($4.28, -3%) will continue to see work in the passing game and the rushing game. I think he remains one of the best investments in this offense going forward. Not only is he a swiss army knife, capable of playing running back and wide receiver, but he also has Garoppolo back. I think this only increases his upside going forward.

Combined with the rumored return of George Kittle ($3.89), I think the passing attack of Kittle and Deebo will exploit Denver tonight.